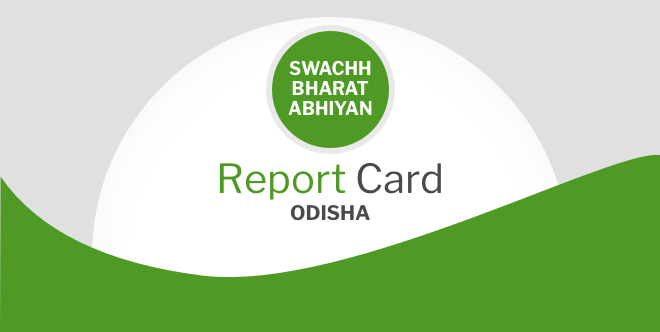 Mumbai: The national toilet coverage has crossed the 90 per cent mark under Swachh Bharat Mission-Rural, but India’s mission of declaring the country Open Defecation Free (ODF) by 2019 may be jeopardised by the abysmal performance of Odisha. Even after four years of the cleanliness campaign Odisha seems to be struggling, with the state having the worst record of toilet coverage in rural areas. Bihar and Jharkhand, whose performance was once worse than Odisha, have now surpassed the state with their improved performance on the sanitation front.

As per the Ministry of Drinking Water and Sanitation, the toilet coverage in Odisha has increased from a mere 11.72 per cent to 64.59 per cent since 2014. Despite the slow performance, the Odisha government is confident of achieving its ODF target before the national deadline of October 2019 and has set an ambitious target to achieve the ODF status, by the end of 2018.

Useful insights thru informal interaction with some Collectors of Odisha at Bhubaneshwar today to discuss the @swachhbharat programme. Earlier a courtesy call on CM @Naveen_Odisha and a review meeting with CS Padhi and team. State planning to become ODF by December 2018. pic.twitter.com/2HtzNyKoTr

We have made substantial progress in comparison to October 2014, when we started the campaign. As of now two districts Deogarh and Jharsuguda, have been declared ODF. Detail work plan has been made to make four other districts ODF by the end of July this year. These districts are Balasore, Gajapati, Sambalpur and Subarnapur, State Chief Secretary, A P Padhi had said in a review meeting held in May this year.

However, the state has failed to do so. And the four districts are still awaiting for their ODF certificate despite having a sanitation coverage of more than 90 per cent. So far, the state has built 42,86,000 toilets. Of the total 51,352 villages in the state 10,748 villages have been declared themselves ODF.

Talking about the challenges related to construction of toilets and lack of awareness towards the same, an official from Orissa State Water and Sanitation Mission says,

When the Baseline Survey happened in 2012-13, Odisha had a Individual Household Latrine coverage of 10%, one of the lowest among major Indian states. Since the state started with a low base, it took some time to gather momentum for construction of toilets. Defecating in the open has been an age old practice across the country. The construction of household latrines is just one part of the solution. The most important aspect is to bring about behaviour change through a community approach to sanitation. Bringing about a behaviour change and reinforcing that behaviour amongst the masses requires time. Hence, although the progress in the state has been slower as compared to other states, we hope to not just achieve ODF status but also sustain it. 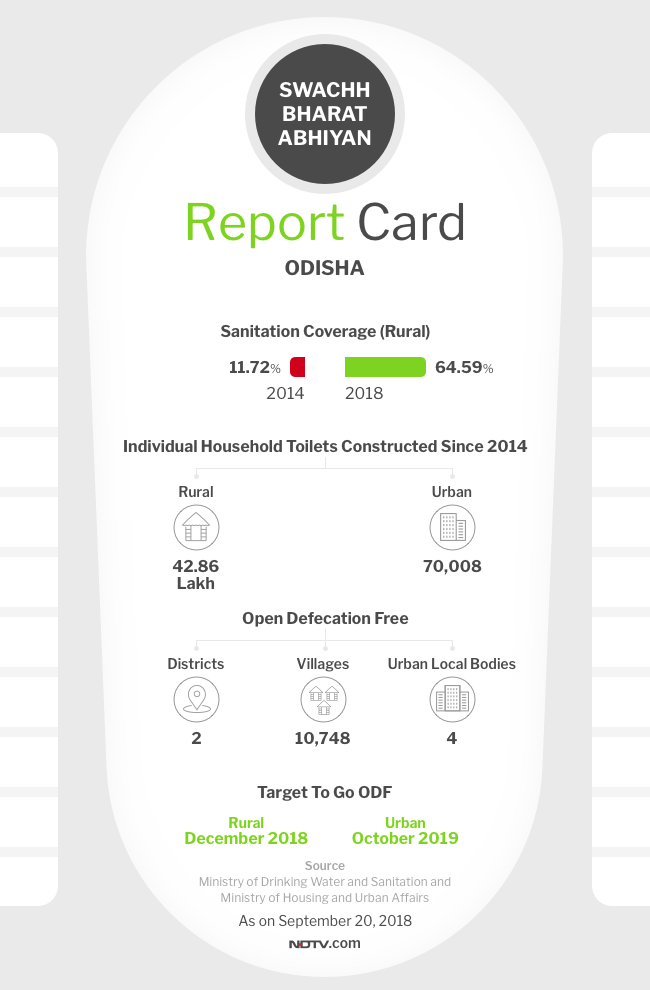 For instance, majority of people living in rural areas believe that a toilet and a kitchen shouldn’t be under one roof. It is because of this notion that people were initially reluctant to build toilets. The authorities came with a solution by requesting people to build toilets at a distance.

People anyway do not mind walking a few miles to defecate in the open or in fields. Villagers agreed on having a toilet either in their backyard or at a distance from their houses. Fortunately, lack of space isn’t an issue and thus the toilet construction process began in 2015, added the official.

In order to boost public participation and bring about a change in people’s mindset, several Information, Education and Communication (IEC) activities have been taking places across the villages. From conducting awareness programmes in schools, organising workshops for gram panchayats to going door-to-door requesting people to build latrines, the Nagar Panchayats is taking help from women, children, Self-Help Groups (SHGs) and elderly to increase the sanitation coverage. Swachhta raths, rallies, marathons, felicitation, quiz and painting competitions are some other tools used for awareness generation and mass mobilisation of communities.

However, lack of awareness isn’t the only issue that is hampering the sanitation growth in the eastern state located by the Bay of Bengal. Lack of water and sewer lines and improper road connectivity are some of the other problems that Odisha needs to tackle if it has to meet its deadline of December 2018.

As most the villages are situated on hills and in remote corners, transporting the materials required for construction of toilets becomes a daunting task for the sanitation workers. Uneven roads have led to a delay in the construction process. In most of the households, no water connection and sewer pipes are demotivating people from using toilets. Villagers fear that the stink might lead to health problems. As a solution to these problems, the gram panchayats are encouraging people to opt for twin pit toilets as they don’t require water connection or raw materials like sewer pipelines.

The advantage of the twin pit toilet is that the human waste doesn’t pollute water bodies or land. The fecal matter passes and settles in one pit only. When that pit is filled in about four to five years, the channel to the first pit is closed and the second opened for the fecal matter to pass into. After a one-year rest period, the content of the first pit is converted into manure and can be removed and used for plants. The same procedure is followed when the second pit gets filled.

Like rural areas, the urban areas in Odisha doesn’t paint a good picture when it comes to eliminating open defecation. This is reflected in the fact that even after four years of the government constantly batting for toilet construction, only four urban local bodies (ULBs) in the state have managed to end open defecation. Banki, Nayagarh, Choudwar and Deogarh are the cities that have gone ODF. Even the capital city of Bhubaneshwar hasn’t yet turned ODF despite winning the ‘Smart City Challenge’ this year. One of the prime reasons that are pulling down the sanitation quotient of urban areas in the state is lack of space available within the houses to construct toilets.

In addition to that, the ULBs are not able to provide enough public toilets and the ones that have been constructed since 2014 are ill-maintained. As a solution to this problem, the civic bodies have come up with ‘mini-toilets’ which means one toilet can be shared by 4-5 families and 6 families will be given two toilet seats. To curb open defecation instances, civic bodies are imposing fine up to Rs 500.

The state government, with support from the Centre, has put in place campaigns and programmes for spreading awareness against open defecation. The annual swachh implementation plan for 2018-19 has made an outlay of nearly Rs 5,681 crore, of which the Centre will provide Rs 3,408.86 crore while remaining Rs 2,271.94 crore will be incurred by the state government.

While the civic bodies are taking the necessary steps to achieve the ODF title before the national deadline, the main challenge that lies in front Odisha is the sustenance of the toilet usage. The purpose of building toilets will be defeated if people fail to use them. Authorities will have to adopt an aggressive approach and citizens will have to realise the consequences of defecating in the open goes much beyond convenience and is linked to their own health if Odisha has to put an end to open defecation for good.

Swachh Report Card: Not A Single District Or City In Goa Is ODF, Deadline Now Pushed From October To December 2018