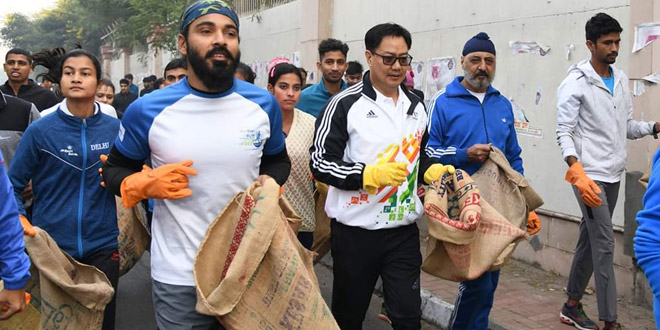 New Delhi: With a mission to make India litter-free, 31-year-old marathon runner Ripu Daman Bevli started plogging in 2017. Plogging, a fitness trend that involves jogging while picking litter, began in 2016 in Sweden. In order to make people aware about this unique style of cleanliness drive and to mark the 150th birthday of Mahatma Gandhi, Mr. Bevli started a ‘Run for clean and fit India’ in which 50 plog runs were organised covering 1,000 kilometres across 50 cities in the country, during September and November this year. Appreciating Mr. Bevli’s efforts, Minister of State for Youth Affairs and Sports Kiren Rijiju facilitated Mr. Bevli as Fit India Ambassador on Thursday for being a pioneer in plogging and for his efforts towards popularising it. Before the facilitation ceremony, which marked the end of the series of 50 plog runs, Mr. Rijiju participated in the plogging drive and said that plogging is a combination of both Fit India Movement and Swachh Bharat Abhiyan. He shared on social media,

#Plogging is fun, easy and useful. Plog Run will make our surroundings clean and keep ourselves fit. #FitIndiaMovement #SwachhBharat #HumFitTohIndiaFit

While talking to NDTV, about his initiative, Mr. Bevlil said,

We started the run on August 30. We drove down to Kochi and started plogging from there. It was an amazing experience and I thank all the people who came and plogged with me. By plogging you are actually improving your body’s health and that of the environment. So this is a combination of Fit India movement and Swachh Bharat Abhiyan.

Also Read: ‘I Am Not A Hero, Just An Everyday Person Who Is Doing His Bit For The Planet,’ Mantra Of This Marathon Enthusiast Who Has Been Picking Up Trash During His Runs 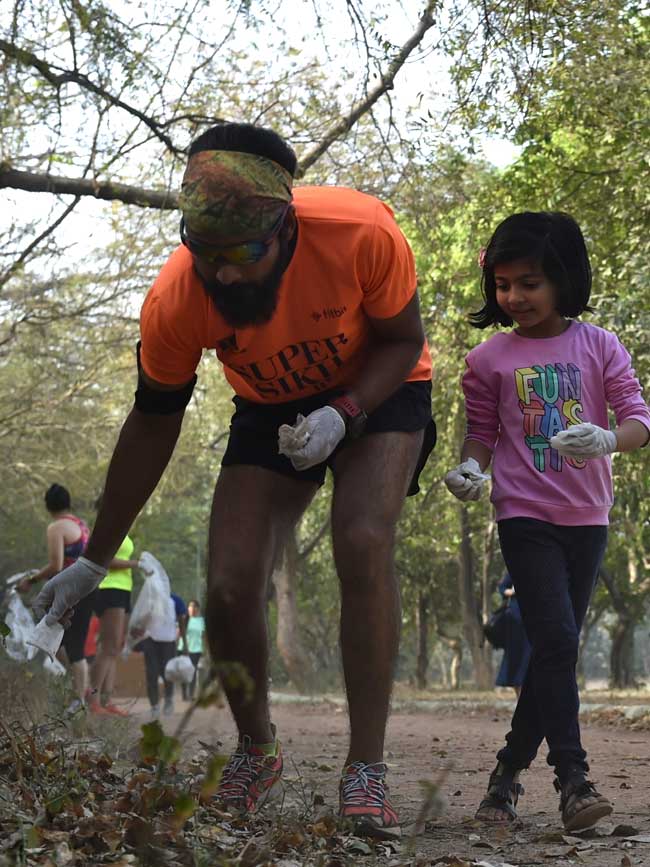 According to Mr. Bevli, children are the best agents of change and therefore they focus on inculcating the habit of cleaning among them

He further said that more than 10,000 people joined him in the entire initiative and about three tonnes of waste was collected during the run from all 50 cities which included plastic waste of all kind, Styrofoam, paper, cardboards, glass, and other non-biodegradable items. The waste thus collected was submitted to local civic bodies of the respective cities and to R|Elan, the recycle partner who joined hands with Mr. Bevli for the plastic waste gathered from 50 cities.

According to Mr. Bevli, the idea behind plogging was to do something which was unprecedented and to set an example for everyone to follow. He said,

During these two months, we tried to get as many people involved from across the spectrum of the society. We received a great response from school children. It was great to see how enthusiastic they were.

More than 10,000 people participated in 50 plog runs across 50 cities in India

Sharing his experience, Mr. Bevli said that the biggest challenge in undertaking a campaign that involves constant travelling is being in touch with the people. He said,

During the two months, my routine involved waking up at 4:30 am and prepare for the run, then conduct the run and cleanliness drive for an average of four hours, interact with the local people and spread awareness about minimising the litter and managing waste and then travel to the next city. The biggest challenge was to stay in touch with the people in other cities where we were supposed to go, to inform the change in schedule or venue.

Mr. Bevli also urged people to go on ‘Plastic Upvaas’ (plastic abstinence) to take a break from plastic which he has been doing for past one year. He said that the real solution to the problem is for people to reduce waste generation. He asserted,

I am also on a ‘plastic upvas’ which means that I’m not consuming anything wrapped in single-use plastic – Maggi, chips, chocolates, biscuits, I am avoiding all of that. I wear clothes made from plastic we have collected during various plog runs. During this plogging drive, I generated zero waste by carrying my own cutlery and disposable bags. Every Indian must take the pledge of making India litter free. 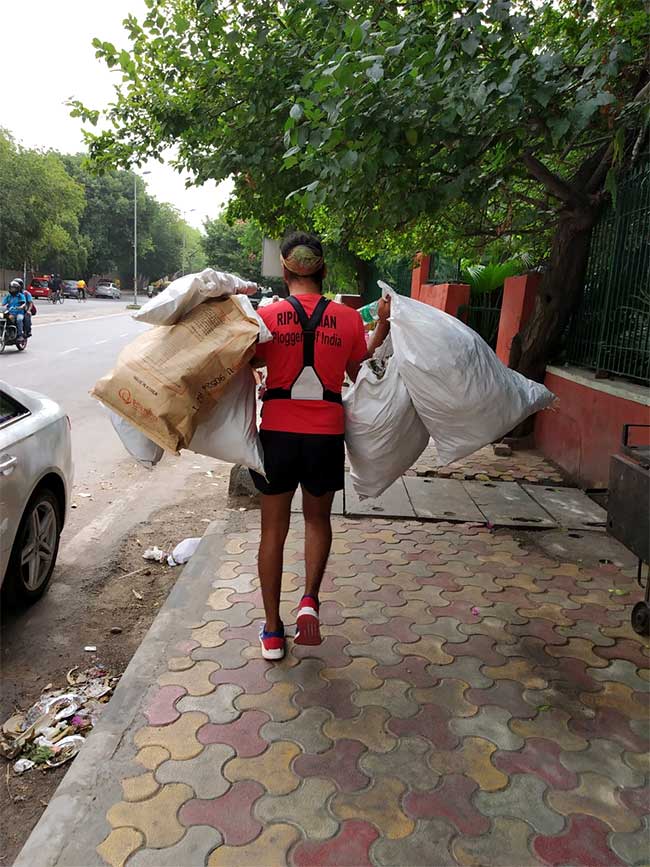 Mr. Bevli signed off with the message ‘pick up waste, segregate and dispose of judiciously or recycle’.

Earlier in September, Prime Minister Narendra Modi highlighted the potentials of ‘plogging’ in his ‘Mann ki Baat’ radio address and lauded Mr. Bevli. He then did a plog run himself, in October at a beach in Mamallapuram, Tamil Nadu when he was there for an informal summit with Chinese President Xi Jinping, to inspire the citizens to keep their bodies fit and surroundings clean.

Also Read: Bengaluru Cleans Up 34 Tonnes Of Waste While Plogging On Gandhi Jayanti