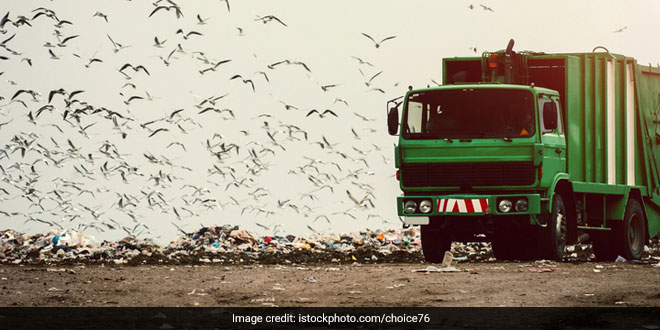 New Delhi: According to the recently released annual waste management report by the Ministry of Housing and Urban Development, Chhattisgarh has the highest success rate in efficient waste management among states whereas big states such as Uttar Pradesh and Maharashtra lag behind. According to the report submitted in parliament, in Chhattisgarh, 1,650 metric tonnes of waste is collected every day in its 3,217 municipal councils, out of which 90 per cent is processed. In contrast nationally, 1.48 lakh tonnes of waste is generated every day, of which only 57 per cent is recycled or processed, stated the report.

The report also highlighted the performance of other big states and said,

Chhattisgarh, Madhya Pradesh, Gujarat and Karnataka are among the 14 states in which all municipal councils have been successful in meeting the goal of door to door garbage collection. Every day in Madhya Pradesh, 6,424 metric tonnes waste is collected from all households in its 6,999 municipal councils of which 84 per cent is processed, whereas in Gujarat 82 per cent of the waste collected is successfully processed on a daily basis.

What Has Chhattisgarh Done Right?

Since 2015, Chhattisgarh has been doing working to up its waste game. In the same year, state’s well-known city for its waste management Ambikapur passed a regulation that each household needs to give waste in segregated form – wet and dry waste, two years before the nation-wide regulation on waste segregation came into being in 2017.

A senior official from waste management department, Urban Chhattisgarh, explaining the steps taken by the state to effectively manage its waste, said,

One of the right things we did with Chhattisgarh in terms of waste management is that we started implementing various projects on effective waste management in the state, one municipality at a time. The first municipality from which we laid the foundation of waste management was Ambikapur, which now is known by the world for its effective waste management model. In Ambikapur, we kick-started with 447 sanitation workers, their daily target was to go out every morning and cover each household to collect the segregated waste so that this can be further treated. The waste collected then was further segregated into 17 categories and is finally sent for recycling, composting or other kinds of processing depending on the type of waste. Once this chain proved to be a success, we started implementing the same formula in 90 of our other cities.

The official also said that over the years Ambikapur’s waste management model has been studied by various experts, environmentalists and even the government and has been proven to be a successful model. He adds,

Today, Ambikapur is Chhatisgarh’s no landfill area, whatever waste the city generates is managed by the city effectively. Moreover, Ambikapur is also earning Rs. 1 lakh a month by converting its wet waste into compost, whereas Rs. 6-8 lakh a month from the sale of recyclable items and some amount as user charges (which the municipal corporation charged from each household for managing their waste.)

The official also said, “In Swachh Survekshan 2019, Chhattisgarh scored the first position as India’s cleanest state, in 2018, it scored the second position. Similarly, Ambikapur has always been one of India’s top cleanest cities. The state is continuously looking out for best practices and innovations to manage its waste effectively and that is the reason why Chhattisgarh is standing out in comparison to other states.”

Recently, Chhattisgarh has also kick-started another new initiative to manage its plastic waste effectively. The state opened up India’s first one-of-a-kind Garbage Café, which provides free meals to poor and homeless people in exchange of plastic waste. The cafe has been set up by Ambikapur Municipal Corporation (AMC) in the Ambikapur region. Inspired by Chhattisgarh, states like Odisha have also opened up Garbage Café and now Delhi’s South Delhi Municipal Corporation is also planning to kick-start the same initiative.

Supporting the ‘Say No To Plastic’ movement in the state, Chhattisgarh’s Ramanujganj district forest department has also initiated a movement against plastic wherein the district has recycled more than 3000 discarded plastic bottles by using them to plant saplings in the town’s nursery.

Remnants Of Plastic Litter Found In The Bottom Of Mariana Trench

Where There Is Administrative Will There Is A Way: A Silent Cleanliness Revolution In A Telangana District