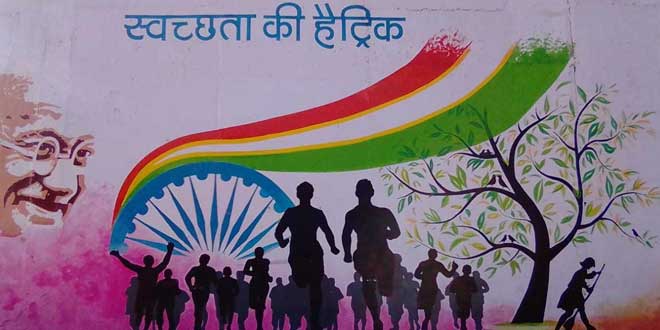 New Delhi: The results of Swachh Survekshan 2019 have been announced and for the third time in a row, Madhya Pradesh’s Indore has bagged the title of ‘India’s Cleanest City’. Chhattisgarh’s Ambikapur which was rewarded as one of India’s best city in ‘Innovation and Best Practices’ (population 1 – 3 lakh) category in Swachh Survekshan 2018, secured the second position and Karnataka’s Mysuru, ‘India’s Cleanest Medium City’ as per Swachh Survekshan 2018, grabbed the third position. The results of what the government claims is world’s largest cleanliness survey were announced by President Ram Nath Kovind, the Minister of Housing and Urban Affairs Hardeep Singh Puri and Secretary, Ministry of Housing and Urban Affairs, Durga Shanker Mishra.

My heartiest congratulations to the Swachhagrahis of Indore for their unmatched dedication & participation in transforming Swachh Bharat into a Jan Andolan. #SwachhSurvekshan2019 pic.twitter.com/ZncqtiArLg

Swachh Survekshan 2019, a pan India exercise to assess cities of India on their swachh quotient, was kick-started on January 4 and continued till January 31. The 28 day long survey assessed 4,237 towns and cities and 62 Cantonment Boards.

In Swachh Survekshan 2019, Chhattisgarh has been declared as the ‘Best Performing State’, followed by Jharkhand and Maharashtra.

This year, the Ministry of Housing and Urban Affairs (MoHUA) revised the weightage for overall assessment. Cities were ranked out of the total of 5,000 marks as opposed to 4,000 marks in Swachh Survekshan 2018. The data was equally collected from four different sources – citizen feedback, direct observation, service level progress and certification for garbage and open defecation free cities. The new entrant in the marksheet was ‘certification’, broadly divided into two categories – garbage free cities and open defecation free (ODF) cities. As part of the 100 per cent digital and paperless Swachh Survekshan 2019, 4.5 lakh documents were uploaded by cities.