New Delhi: ‘Cleanliness is in our blood. Maintaining ‘swachhta’ is natural for Mysorians and Swachh Survekshan 2018 results are a testimony of that’, says elated Dr. T. C. Poornima, Unit head, Directorate of Field Publicity (DFP), Mysuru, while speaking to NDTV. Mysuru, the third most populous city in the state of Karnataka was adjudged as ‘India’s Cleanest City’ among medium cities (population between three lakh and one million). Housing and Urban Affairs Minister, Hardeep Singh Puri announced the results of Swachh Survekshan 2018 on Wednesday (May 16) evening and declared Indore, Bhopal and Chandigarh as the top three cleanest cities of India.

Definitely I feel great and we deserve it. Mysuru, a city developed by Maharajas, have that legacy, culture, mentality that cleanliness is pivotal. Cleanliness prevails in Mysuru not because we have some pressure from government or we have to win a competition, it is a part of our culture, says Dr. Poornima while talking about the victory. 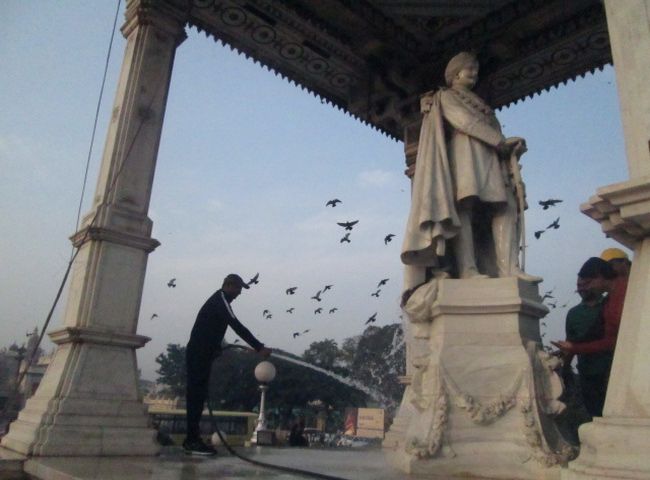 In the year 2016, we gained first position without any effort. We had it and we got it. We did not have to inculcate the mindset, Mysorians have always been well aware about cleanliness and sanitation. But, in 2017, unfortunately, people did not participate in voting which was given 30 per cent weightage and we dropped down.

When the city’s position dropped, the Municipal Corporation received a lot of outrage from both public and administration. It is then that the Corporation took it upon themselves and accepted the challenge of bringing back the title. From waste segregation at source, to creating nine zero waste treatment plants of which seven are functional, to building a citizen forum to taking advantage of Swachhta Pakhwada to various outreach programmes, the residents, Maha Nagar Palika and Municipal Corporation made sure that they give a tough fight to other medium sized cities. 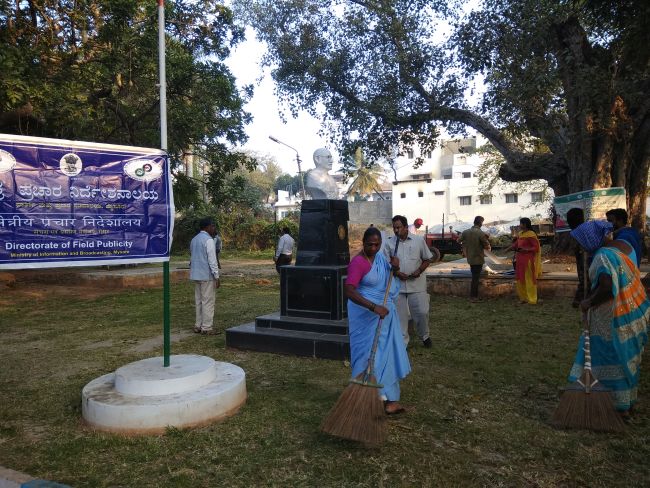 402 metric tonnes of solid waste is generated every day of which 200 tonnes is directly sent to the compost plant. 45-50 tonnes are phosphated daily which means treating wet waste with phosphate to use it as manure and 147 tonnes is sent to landfills. Out of nine zero waste management units, seven are functional.

Further talking about sanitation in the city, Dr. Poornima said that all the 65 wards are free from the practice of open defecation. Since Swachh Survekshan 2017, over 70 public toilets, six community toilets, and 425 individual household toilets have been built.

Also Read: Mysuru Vows To Restore Its Cleanest City Title In Swachh Survekshan 2018. Here’s What The City Is Doing

“This year Swachh Survekshan was bigger than previous year, covering 4,203 cities. We knew that cities will be ranked under different categories and will be assessed on three different basis of which citizen feedback has been given 35 per cent weightage. Last year, people did not know how to give feedback, documentation was not in regional language and people were not much aware about the feedback process. But this year, we made sure that Mysorians participate actively and make their city win and for the same we established a citizen forum which acts as a bridge between corporation and people, tells D. Randeep, former Deputy Commissioner, Mysuru. 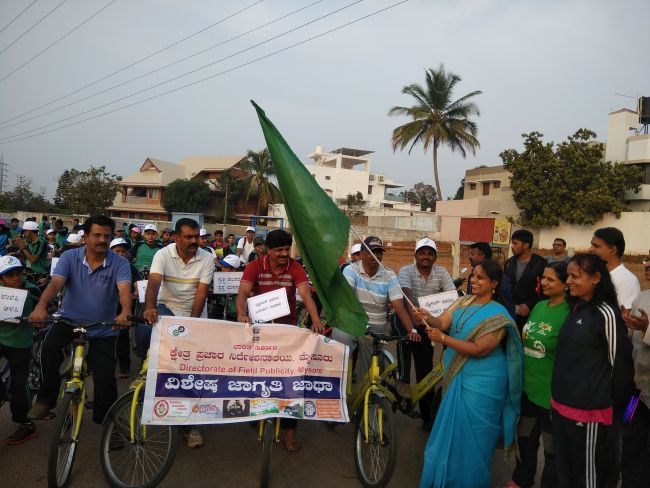 Directorate of Field Publicity Office, Mysuru, in collaboration with the Mysuru Municipal Corporation (MCC) and Citizens Forum of Mysuru took advantage of Swachhta Pakhwada, fortnightly drive, from January 16-31, to create awareness among citizens.

I personally planned it in a way that through Pakhwada, we not only maintain cleanliness, but aware people and make them participate. From judges of district court sweeping their premises, to doctors in hospitals and clinics imparting knowledge on scientific disposal of bio-medical waste, to youth, women, self-help groups, farmers, each and everyone participated in large numbers. We made use of each and every possible tool, be it street plays, bike rallies, cleaning activities, numerous competition, we did it all, tells Dr. Poornima.

Of all the programmes, the major was removing black spots. Over 150 artists from four different schools of arts gathered to give a rich new look to otherwise the city’s dirtiest wall. A wall of 220m at sub-urban bus stand was painted, depicting features of keeping city clean. The whole process of painting was like a festival in the city. 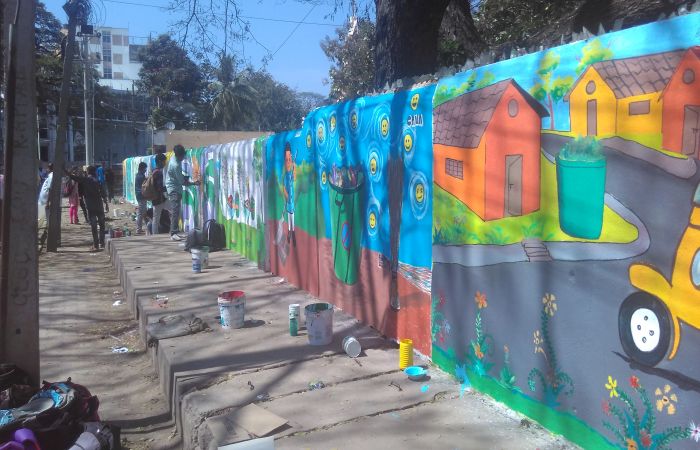 Beautification of wall in Mysuru before Swachh Survekshan 2018 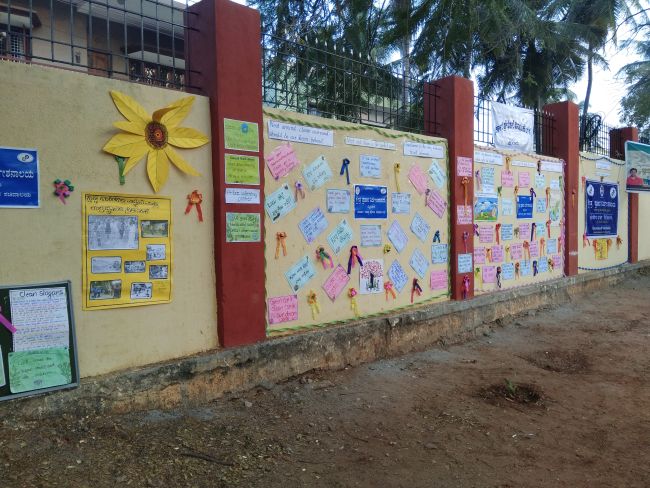 Wall of slogans in one of the schools in Mysuru

With the title of cleanest city in medium sized category achieved, the city now plans to sustain the efforts of the corporation, Directorate of Field Publicity and citizens.

Also Read: Mysuru’s Panchayat Development Officer Cleaned An Open Defecation Spot Himself To Instill A Sense Of Swachhta Among Villagers

Water Pollution: Why Are Fish Dying In Punjab’s Beas River?