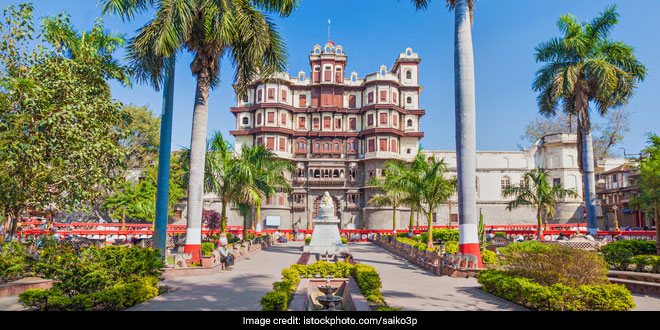 New Delhi: On the eve of the New Year (December 31, 2019), the Ministry of Housing and Urban Affairs (MoHUA), announced the results of the first and second quarter of Swachh Survekshan League 2020. Keeping up with its title, Indore grabbed the title of India’s cleanest city for the fourth consecutive year. In the first quarter (April – June 2019), under the category of cities having a population of over 10 lakh, Indore held the first position followed by Bhopal and Surat. Whereas, in the second quarter, of the Swachh Survekshan League 2020 Indore, Rajkot and Navi Mumbai topped the charts.

The results are a testimony of how Indore focusses on cleanliness throughout the year and how the idea of Swachh Bharat, importance of maintaining cleanliness, and following waste management practices has been imbibed into every citizen of Indore. We feel proud of coming up as a winner again and plan to continue with our swachh (clean) efforts.

Indore was ranked 1st in the ">10 Lakh Population Category" in "Quarter 1 & "Quarter 2" of the #SwachhSurvekshanLeague2020.

To know more about the Swachh Survekshan League 2020 rankings, click on the link below:

In the first quarter, among the cities having a population between one and 10 lakh, Jamshedpur from Jharkhand stood first followed by New Delhi Municipal Corporation (NDMC) and Chhattisgarh’s Bilaspur.

In the second quarter, while Jamshedpur retained its first position, second and third position was replaced by Maharashtra’s Chandrapur and Madhya Pradesh’s Khargone respectively.

Jamshedpur was ranked 1st in the "1-10 Lakh Population Category" in "Quarter 1 & "Quarter 2" of the #SwachhSurvekshanLeague2020.

To know more about the Swachh Survekshan League 2020 rankings, click on the link below:

The MoHUA released overall ranking as well wherein cities were ranked without dividing them on the basis of their population size. If we look at that, in both the quarters, Indore took away the first place.

The Swachh Survkeshan League 2020 was launched by the MoHUA last year in June to monitor and sustain the on-ground cleanliness performance of cities across India. As part of the SS league 2020, quarterly cleanliness assessment of cities and towns in India was conducted in three quarters – April to June, July to September and October to December. Each quarter carried a weightage of 2000 marks.

While launching the Swachh Survekshan League 2020, Durga Shanker Mishra, Secretary, MoHUA, briefed about the evaluation assessment process. He had said,

In every quarter, cities and towns will be evaluated on the basis of monthly updation of Swachh Bharat Mission-Urban online dashboard or Management Information System (MIS) by cities along with citizen’s validation on the 12 service level progress (which includes collection and transportation of municipal solid waste, processing and disposal of municipal solid waste, IEC, among others) indicators through outbound calls. These two parameters will together determine the quarterly ranking of cities.

Talking about the need for a quarterly evaluation mechanism, Hardeep Singh Puri, Minister of State for Housing and Urban Affairs, had said,

Every year, the Swachh Survekshan is redesigned innovatively, to ensure that the process becomes more and more robust, with focus on sustaining the changed behaviours. However, one concern that was commonly voiced was that cities cleaned themselves up just before a survey and slipped down after that.

The ‘Continuous Survekshan’ – the SS 2020 League ensured that cities maintain cleanliness throughout the year and reap its benefits during the larger annual survey in January.

3 days to go for the world's largest urban sanitation survey! Is your city ready for #SwachhSurvekshan2020?#SwachhBharat pic.twitter.com/Gjfe5dYbEF