New Delhi: “When a baby is born preterm which is before completing the 37 weeks of gestation, their lungs are not fully developed. This causes Respiratory Distress Syndrome or RDS among the preemies which makes it difficult from them to breathe properly,” said Nitesh Kumar Jangir, a Bengaluru based Electronics Engineer while talking to NDTV about one of the widely prevalent conditions among neo-natal infants which also play a major role in determining the baby’s quality of life. According to Mr. Jangir, RDS increases the risk of infant mortality especially among children born in rural areas due to the lack of required clinical infrastructure. To tackle this he along with his colleague, Nachiket Daval, a Mechanical Engineer invented Saans, an affordable neonatal breathing device designed specifically for places which lack adequate medical facilities. 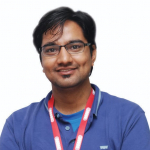 Talking about how the duo was inspired to work on their innovation ‘Saans’, Mr. Jangir said,

In 2014, Nachiket and I participated in a clinical-needs analysis programme run by the InnAccel AIM Fellowship with an aim to identify pressing problems in the healthcare industry and build indigenous solutions to address these. We found more than 120 such problems. What we found among the most pressing ones was RDS. We saw babies dying due to untimely aid and lack of ventilators and other advanced machines. Then we decided to build a device which can be used without any sophisticated maintenance requirements and is affordable for health care centres in rural areas.

Mr. Jangir further said that he witnessed many heart wrenching stories in remote areas due to the lack of the neo-natal breathing system. He said,

In some rural areas, there are no ambulances. Sometimes babies are taken to the hospital in three-wheeler autos. When babies reach hospital and even if they get some breathing support, they are unable to make it for long because of their brain gets damaged due to the lack of oxygen in the absence of breathing support in birthing centres and then during the transit to hospitals with neo-natal care.

In the same year, 2014 the two friends established a start-up called Coeo Labs with an aim to find low-cost, advanced and sustainable solution to the most pressing problem in healthcare system. 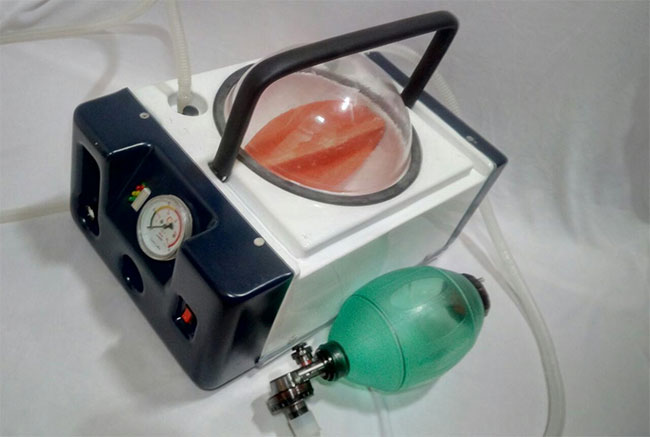 Saans is designed to work without skilled manpower, electricity, and infrastructure

According to Mr. Jangir, there are about 50,000 formal birthing centres in the country in which lakhs of babies take birth every day. However, only about 1,200 of these centres have adequate neo-natal care facilities. Due to reasons like malnutrition, a large number of babies are born preterm. He laments the fact that clinical needs in most places are largely unmet and babies are required to be taken to hpspitals with better facilities. He says that due to this, a lot of time goes by for a child to remain without breathing support, which makes the baby highly vulnerable to life-threatening conditions. WHO’s (World Health Organisation) data says that In India, over 50,000 newborns suffering from RDS die every year due to inadequate care during transportation.

As per Mr. Jangir, Saans has already saved hundreds of lives in low resource hospitals in India. He said,

Saans to help infants with respiratory distress syndrome breathe by keeping their airways open. It is especially suited for areas with little medical infrastructure. It is portable and can be manually operated. I can be battery operated also. It is three times cheaper than other machines of such kind.

In order to overcome the breathing impairment caused by RDS, WHO recommends the airways of the patient’s lungs to be provided with a continuous supply of air, also known as, Continuous Positive Airway Pressure (CPAP). Talking about the innovation, Dr. Jagadish, a pediatrician at MGV Hospital, a rural tertiary care hospital, in Hoskote, Bengaluru, who has used the device on more than 100 children said,

RDS is a leading cause of mortality in children. Through this machine the required continuous pressure in the airways of the patient can be made. ‘Saans’ machines have been very useful for us because we have a large number of babies coming in but very less ventilators. So, when all the ventilators are occupied, we put the babies on Saans.

However, Dr. Jagdish highlighted that there is a scope of improvement in the machine. He suggests that if a humidifier is added in the machine then it will become even more useful and can be used for helping babies for long hours. He said,

Since there is no humidifier in the machine, the machine is used to help babies breathe for 48-74 hours maximum. This is because in the absence of humidifiers, dry air is passed through the air channels of the babies which can cause nasal injuries and nose blockages. So we prefer to mix water with air to provide comfortable breathing.

He also said that the machine can be used for adults too in case of emergencies.

As per Mr. Jangir, the machines are being used in eight hospitals in three states- Karnataka, Maharashtra, and Tamil Nadu.

According to the WHO, every year, 1.14 million babies die of RDS globally and almost 160,000 babies die in India. As per Mr. Jangir, it is developing and underdeveloped countries that are hit the most due to RDS due to lack of adequate facilities.

Related Topics:
Health Karnataka
Up Next