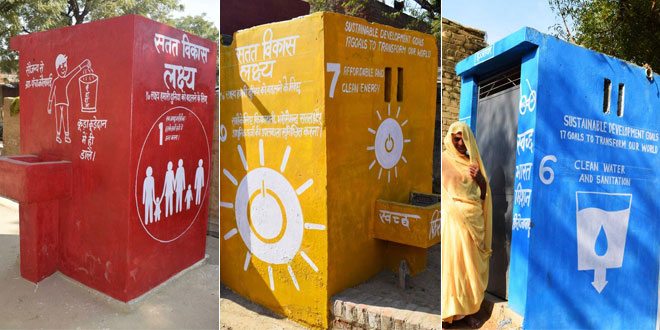 New Delhi: Inspirations are many, from murals to local art and to Swachh Bharat Abhiyan (SBA) itself – be it the logo or messages that encapsulate the theme of the campaign. The canvas – walls of toilets. The objective to beautify the toilets is to participate in the ‘Swachh Sundar Shauchalaya Contest’ (clean beautiful toilet contest). But district authorities of Firozabad in Uttar Pradesh decided to think differently. Each village in the district adopted a distinct theme for decorating their toilets. For instance, Kolamai village of Firozabad District chose to depict United Nations’ Sustainable Development Goals (SDGs).

From goals like ‘good health and well-being’, ‘clean water and sanitation’ to ‘affordable and clean energy’, each toilet in Kolamai village picked one of the 17 goals to adorn the walls of the toilets. This way, of the total 158 individual household toilets in the village, 83 have been painted and 75 are still being beautified. 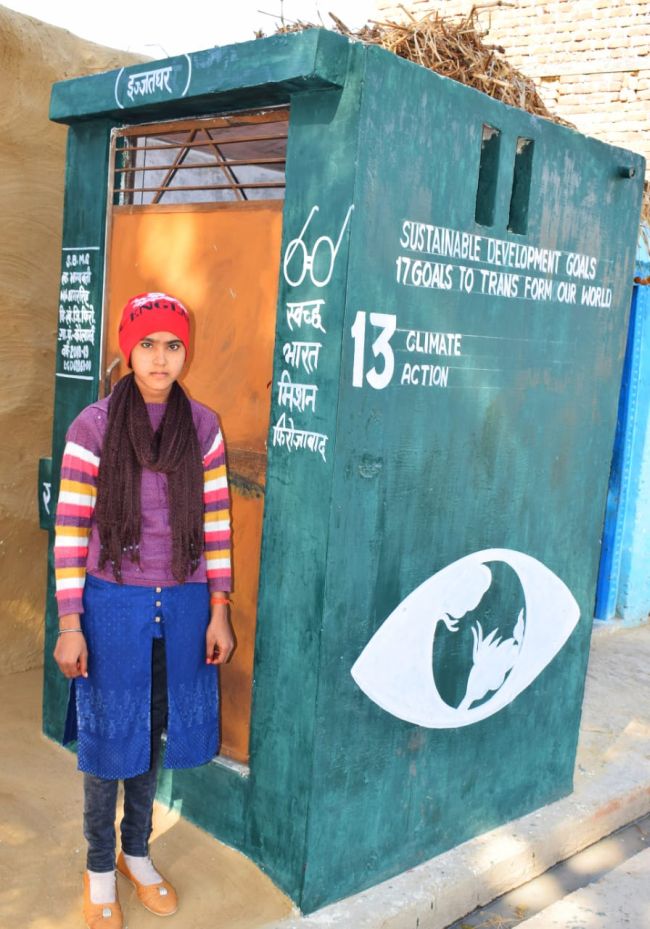 Also Read: Children In Uttar Pradesh’s Firozabad District Vow To Save Trees By Tying A Red Ribbon, Thanks To This Officer

The SDG theme has been envisaged with the objective of bringing a pictorial communication between the apex agency on sustainable development that is the United Nations and the last villages in the rural hinterlands of Firozabad District, Uttar Pradesh. Every toilet evokes a sentiment of sustaining sanitation through these 17 SDGs.

Taking inspiration from hand painted movie posters, toilets in Tundla Kham village have been beautified, with a filmy twist to the swachh theme. Each toilet has an image of a Bollywood star with dialogues like Shah Rukh ke fan toilet use karte hai’ (Shah Rukh’s fans use Toilets), ‘Save your conscience, adopt toilets’, and others.

Imagine your favorite Bollywood star asking you to you use a toilet, will you say no? I guess not. We are trying to strike a similar chord with villagers. Also, actors like Shah Rukh Khan, Amitabh Bachchan, Akshay Kumar and others are often seen promoting toilet usage, being brand ambassadors of the Swachh Bharat Abhiyan campaign.

To give a rich new look to toilets in other villages, the district administration has resorted to cultural wealth like Warli painting from Maharashtra, Madhubani from Bihar, Thanjavur painting from South India and Alpana from West Bengal.

Our aim is to not just revamp and redecorate toilets, but also create awareness about some or the other things including sanitation, says Neha Sharma. 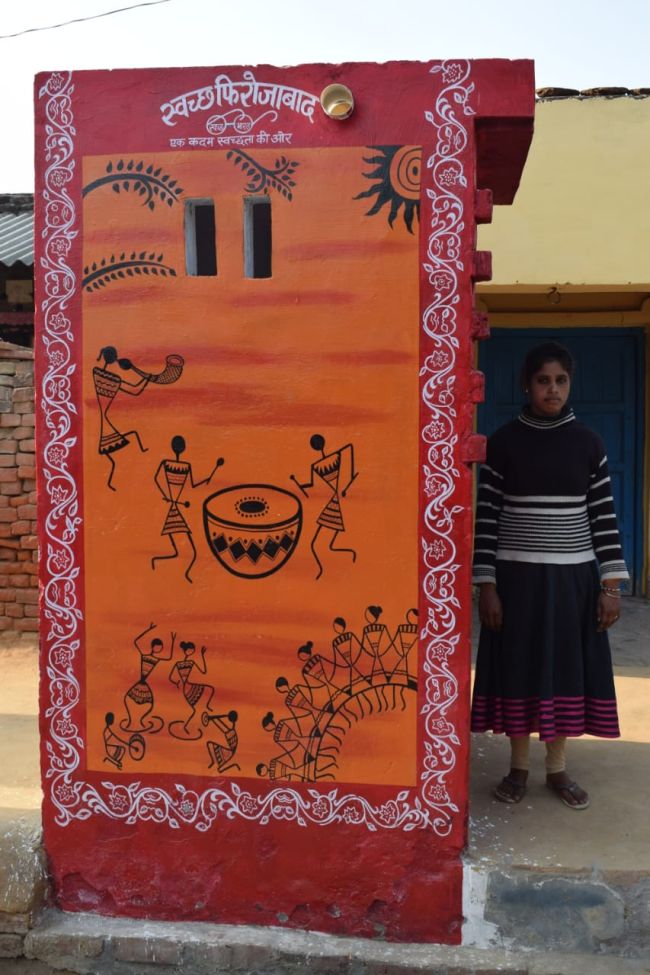 ‘Swachh Sundar Shauchalaya Contest’ (Clean Beautiful Toilet Contest) instituted by the Ministry of Drinking Water and Sanitation (MoDW&S) aims at promoting toilet usage and mobilising rural households to beautify their toilets. A month long contest that kick-started on January 1 encourages households in every district, village, and block of India to decorate their toilets and compete to secure the top position.

So far the contest has witnessed over 50 lakh toilets being decorated with messages of Swachhata (cleanliness).