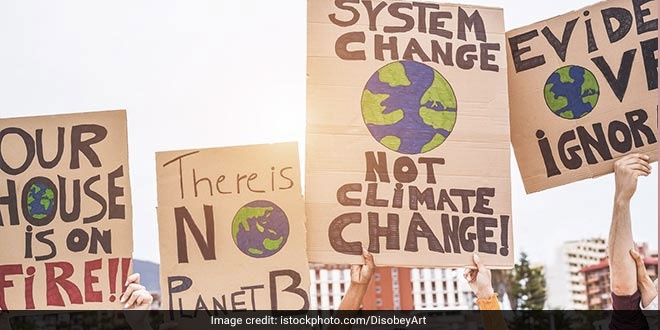 London: Tackling inequality is key to securing the public support needed to overhaul the global economy and reverse climate change, an update to the landmark 50-year-old computer simulation of environmental stress has found. Based on modelling by MIT scientists of a world destabilised by growing consumption, the 1972 “Limits To Growth” simulation has been attacked as flawed by some but applauded by others as prescient of accelerating planetary stress.

Building off its predecessor, the Earth4All model developed by a cross-discipline team of researchers sought to explore what it would take to increase the wellbeing of humanity during the rest of this century using data from the 1980-2020 period.

Its central conclusion was that, if left unchecked, rising inequality in the next 50 years would leave people less trusting of governments and other institutions, making co-operation to deal with climate change and other threats more difficult. Study co-author Per Espen Stoknes said,

When social trust goes down, this limits the speed of public policy action. This translates into how much regulation and subsidies you can do in terms of greening the economy and energy system.

Using two scenarios – labelled ‘Too Little Too Late’, with no change to human behaviour, and ‘The Giant Leap’, where the world’s economic and social systems are transformed – the model seeks to show how differing policies would impact the world.

Under the business as usual scenario, the wellbeing of the average worker – taken to mean those who spend most of what they earn in a year – peaks around the year 2000, before declining out to 2050 and then levelling to 2100, despite continued growth in the global economy over the same period.

By making changes such as phasing out fossil fuel use, putting adequate pensions in place, taxing the richest 10% more and cancelling the debt of low-income countries, the Giant Leap pathway allowed wellbeing to continue to rise.

The model estimated the pathway leading to a stabilisation of global temperatures below 2°C above the industrial era and eradicating to poverty by 2050 would cost 2-4% of global output, or between $2 trillion-4 trillion annually.

By comparison, the International Monetary Fund estimated that governments together put in $9 trillion of fiscal support for their economies in the first five months of the coronavirus pandemic alone.

“We absolutely need to place a value on social and environmental and economic indicators at the same level,” said co-author Sandrine Dixson-Decleve, co-president of the Club of Rome think tank which originally published the “Limits To Growth” report.

Inequality and poverty play a huge role in enabling us to move forward, she added. Net-zero poverty has to be as much of a goal as net-zero emissions

A book outlining the results of the model, “Earth for All: A Survival Guide for Humanity” will be published in German on Tuesday, with versions in English and other languages following.

Earth for All provides a powerful new framework for how responsibly-minded investors can thoughtfully allocate capital in ways that will have the greatest impact, he said.