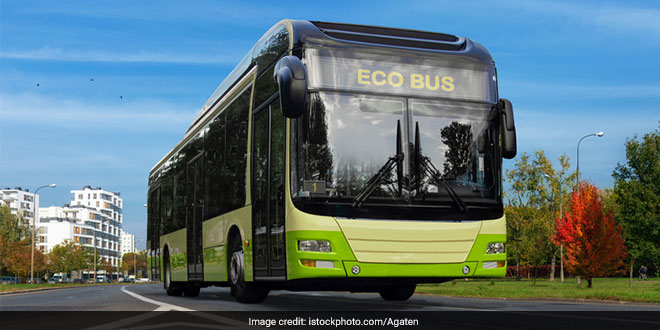 New Delhi: In a bid to push cleaner mobility in the state and fight vehicular emissions, Tamil Nadu government has announced its plan to buy 2000 electric buses and 12,000 Bharat Stage- VI (BS-VI) buses, which emit lesser pollutants. For implementing this transition, the state government has announced an outlay of Rs. 5,890 crore in the state budget 2019-20. While announcing the state budget, Deputy Chief Minister of Tamil Nadu O Panneerselvam said,

The government would implement a project to procure 12,000 new BS-VI buses and 2,000 new electric ones for Rs 5,890 crore, with loan assistance from the German development bank KfW (Kreditanstalt für Wiederaufbau).

Mr. Panneerselvam further said that the state government will implement the first phase of the project by introducing 2000 BS-VI buses out of proposed 12,000 buses across the State and 500 electric buses out of the proposed 2,000 buses in Chennai, Coimbatore, and Madurai by 2020. According to the Deputy Planning officer of Metropolitan Transport Corporation (MTC), Chennai, the implementation of the first phase will start within the current year in which 80 buses will be deployed in Chennai and 20 buses in Coimbatore.

Citing the urgent need to move to cleaner fuel, the government made the announcement of procurement of 12,000 new buses with tailpipe emission standard of BS-VI, in line with the Supreme Court’s ban on polluting vehicles. In October 2018, the Supreme Court said that all vehicles that comply with BS- III and BS IV will be banned from April 1, 2002, and the Bharat Stage-VI (or BS-VI) emission norm would come into force from then, across the country.

The BS standards are instituted by the government to regulate the output of air pollutants from the exhaust pipe of vehicles that use combustion engines. The BS norms are based on European emission norms that are followed largely by the automakers across the globe.

As part of the State government’s policy of using cleaner energy sources, the MTC, Chennai, the agency that operates public bus service in the state, has decided to scrap 100 air-conditioned buses with old polluting engines to get more electric buses, said an official of MTC.

It has also signed a ‘Clean Bus Declaration’ C40 Cities Climate Leadership Group, which is a network of the world’s megacities committed to addressing climate change. Mr. Panneerselvam said,

This agreement paves the way for promoting pollution-free electric buses and buses causing the least pollution in the transport system.