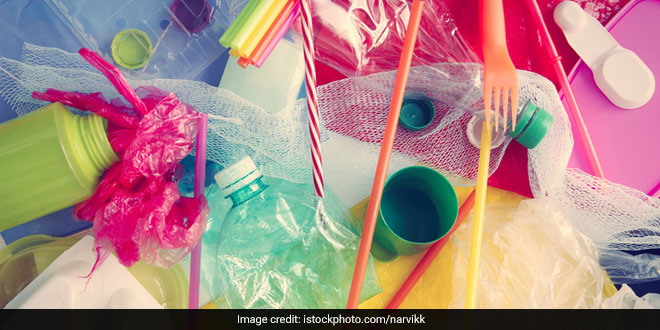 New Delhi: In line with Prime Minister Narendra Modi’s call to put an end to single-use plastic, a senior official of the Ministry of Environment on Wednesday said states need to make it a top priority to eliminate it from society by 2022. Speaking to PTI, Environment Secretary C K Mishra said the ministry has issued guidelines to states and union territories in the past and has been urging them to take the necessary steps to curb the use of single-use plastic. He said,

I call upon the states to take up the issue of waste handling on top priority and help in the success of the national campaign devoted to plastic waste in the months of September-October 2019. We issued guidelines in 2018 and January 2019. They are the same. There is a need to ensure that by 2022, we eliminate single-use plastic from society.

The prime minister had on two occasions — on Independence Day and during the 14th conference of parties to the UN Convention to Combat Desertification (UNCCD) hosted by India this month — said it was time to say “goodbye” to single-use plastic urging people to attempt curbing its use from October 2, 2019.

In guidelines issued to states and union territories earlier, the environment secretary had said all government offices must completely ban all types of plastic carry bags, thermocol disposable cutlery and discourage the use of artificial banners, flags, flowers, water bottles, plastic folders, etc.

The ministry had also notified Plastic Waste Management Rules in March 2016 making source segregation of various types of waste mandatory. Single-use plastics, also referred to as disposable plastics (use and throw items), are commonly used for plastic packaging and include items intended to be used only once, before they are thrown away or recycled, the ministry had said. Single-use plastics include carry bags, food packaging, bottles, straws, containers, cups, and cutlery.

One Death Occurs Every 11 Seconds Among Babies And Pregnant Mothers, Says United Nations