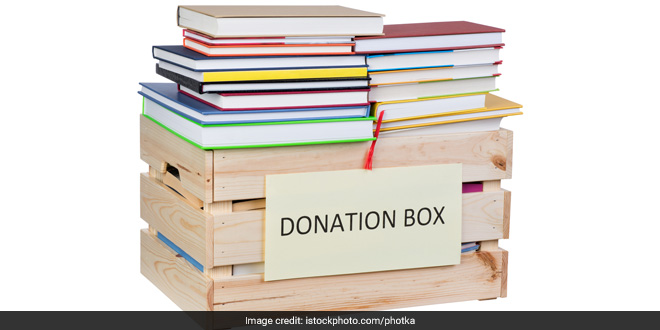 New Delhi: Since school, we have been taught about the 3Rs – reduce, reuse and recycle and asked to follow it to protect the environment and mother Earth from ever-increasing waste. Following the same, today, on the occasion of World Book Day, Bhopal Municipal Corporation has introduced a book bank in the city. For the first time, the municipal corporation has introduced 4Rs wherein ‘redistribution’ is the new addition. The book bank based on the swachh theme and 4Rs principle is focused on collecting used books and notebooks and distributing it among children belonging to disadvantaged sections.

Giving out details of the initiative to NDTV, B Vijay Datta, Municipal Commissioner, says,

The idea stemmed from a few NGOs who have been working on the same lines. We have been planning to do something like this from a long time but needed more hands for which we have tied up with some city-based NGOs. As part of the plan, in the first phase, we have put 25 book banks across the city with 23 lakhs population.

The book banks are basically discarded oil drums that have been cleaned, decorated and upcycled. Citizens can drop any kind of books, magazines, reading material, notebooks with some unused pages at these book banks placed at malls, market area, parking area, across the city. Donors can also donate at reading rooms and libraries in the city that are run by the municipal corporation. 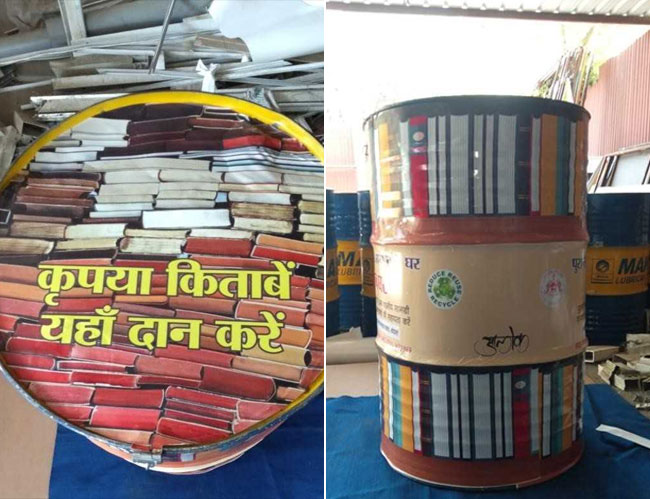 The corporation plans to recycle used notebooks and other non-reusable paper with the help of city-based startup ‘The Kabadiwala’. The Kabadiwala is an online junk dealer that buys scrap including plastic waste, books, bottles, cardboards, newspaper, tyre and others.

Also, the unused pages from a notebook will be taken out and bounded into a fresh notebook which will further be distributed among children belonging to disadvantaged sections, and missionary schools.

Also Read: This Engineer Is Unburdening Landfills By Reducing Paper Waste, One Book At A Time

Not all children in slums go to school, but by providing them notebooks, we are giving them an opportunity to scribble something and learn, says Mr Datta.

Further explaining how 4Rs are being implemented in this project, Mr Datta says,

While notebooks will be recycled and redistributed, secondhand textbooks, novels, and reading material will be reused. Lastly, through this process, we will be reducing the cost of making and purchasing new books and paper waste. Also, thousands of trees are cut to make paper and related things, with this, we will be protecting the environment as well.

World Earth Day: Here Are Nine Eco-Friendly Alternatives For Things You Use Every Day