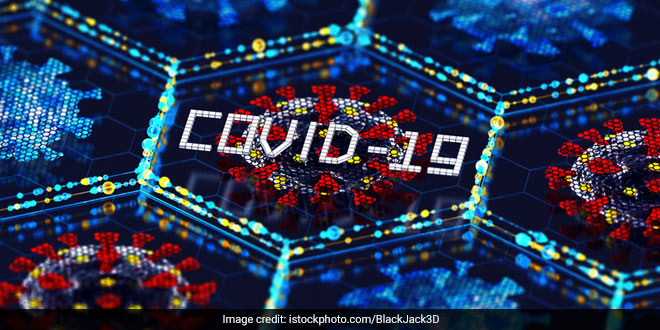 WHO’s Dr Swaminathan suggests that hybrid immunity, which is both natural and vaccinated, is the best kind of immunity to have

New Delhi: Ever since the Novel Coronavirus or SARS-CoV-2 has come into our lives, special attention is being given to ‘immunity’. It’s the immune system that fights the virus and protects one from getting the COVID-19 disease and if one catches the virus, the human body develops immunity against it. Explaining how the body develops immunity when it encounters a new virus like SARS-CoV-2, Dr Soumya Swaminathan, WHO’s Chief Scientist called the immune system “amazing, versatile and complex”. She added,

When the body is exposed to a new virus like the SARS-CoV-2 virus, which it’s never seen before, the immune system does get activated and there are many things which start happening. The first and the most rapid response is the production of antibodies. And this is also accompanied by messages that are being sent to other parts of the immune system so that the T-cells or the cell mediated immune response is also activated. And ultimately, what happens is that if the body’s immune response is strong, it’s able to overcome the virus and eliminate the infection.

The job of the immune system doesn’t end there. It also develops a memory response so that the next time the body is exposed to the same virus, it’s able to respond much more quickly because the memory cells, both memory B cells and T cells in the body are able to recognise and respond.

Antibodies are one part of the immune system, but it’s a much larger and much more complex system which keeps us healthy and, you know, gives us the ability to respond to a lot of infections, said Dr Swaminathan who was answering queries about immunity in the WHO’s explainer series, ‘Science In 5’.

SARS-CoV-2 was a new virus that means the human body did not have immunity to it. But almost two years into the COVID-19 pandemic, we have vaccines against the virus. Explaining how vaccines help to develop immunity, Dr Swaminathan said,

Vaccines work by mimicking the organism, the virus or the bacteria. And so, the spike protein of the SARS-CoV-2 virus is taken and made into a vaccine. Of course, we know there are different types of vaccines – mRNA, the virus vectored vaccines, inactivated, but they all do the same thing, and that’s present in a safe way the antigen of the SARS-CoV-2 to the body. And so, the immune response that’s generated is very similar to the immune response to a natural infection. But of course, vaccines are a safer way of stimulating the immune system.

If both – natural infection and vaccines – generate immunity, then should one get vaccinated if they have been previously exposed to the virus? Answering the same, Dr Swaminathan said, the natural infection does stimulate the immune response and gives you some immunity, but it varies from person to person.

If you have had a very mild infection, the immune response may be actually quite low than those who have had a severe infection and we don’t know exactly how long it will last. In some people, it lasts a few months. In some people, it goes to a year. So, the advantage of getting vaccinated, even if you have had prior infection, is that you’re really boosting that immune system and ensuring that your immune system will have a good memory and response to the virus, she said.

Dr Swaminathan suggests that hybrid immunity, which is both natural and vaccinated, is the best kind of immunity to have. But, having hybrid immunity doesn’t mean that one can let their guards down and give up on masking, social distancing, and hand hygiene. The reason is, we don’t know how long the natural immunity lasts and secondly, vaccines do prevent severe disease and hospitalisation but are not 100 per cent effective against infection. Also, one can be a carrier of the virus even after vaccination.

We have seen with the variants that are emerging and especially, with the latest Omicron variant of concern, that it was able to overcome the immunity and therefore, it was able to infect a lot of people who actually had the previous infection or who had been vaccinated. Luckily, because of their immunity, they didn’t get ill, but they still were infected. And that’s why it’s important to continue to mask and to continue to observe the other public health measures, particularly if there’s a lot of virus still circulating in your community, said Dr Swaminathan.

Also Read: Coronavirus Outbreak Explained: What Is T-Cell Immunity And How Does It Provide Defense Against COVID-19?

As Schools Are Set To Reopen, Here’s How You Can Keep Your Children Safe From COVID