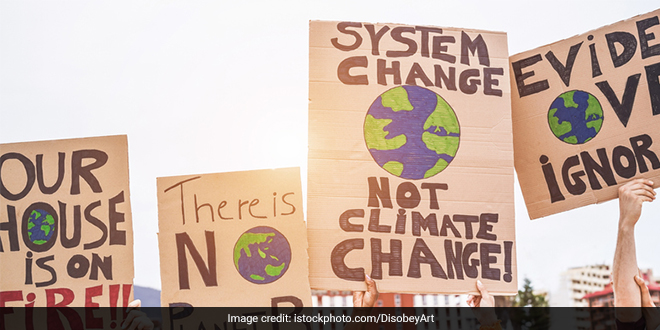 WHO’s latest estimates highlight that climate change is expected to cause an additional 2,50,000 deaths annually between 2030 and 2050

New Delhi: World Health Organization (WHO) tags climate change as the biggest health threat facing the humanity. It adds that intense rainfall, frequent floods, forest fires and droughts triggered by climate change are already impacting health and livelihood and causing huge sufferings, mental health issues, deaths and displacement, globally. It states that rising temperatures are also leading to an outbreak of infectious disease, heat strokes, trauma and even death from extreme heat. WHO also said that crop failure linked to climate change is driving malnutrition and undernutrition in different parts of the world, while pollutants poisoning the air are also impacting health of millions of people.

If left unchecked then climate crisis will undo the progress made in the last fifty years in terms of development, global health, and poverty reduction, and is likely to further widen existing health inequalities between and within populations, as per WHO.

While no one is safe from these risks, the people whose health is being harmed first and worst by the climate crisis are the people who contribute least to its causes, and lack the capability to protect themselves and their families against it, as these are mostly people in the low-income and disadvantaged countries and communities.

In Pics: How Climatic Change Is Depleting Lives in Sundarbans

Here is how climate change crisis impacts health and well-being of people:

Climate change refers to long-term shifts in temperatures and weather patterns, states United Nations. It adds that since the 1800s, human activities have been the main driver of climate change, primarily due to burning fossil fuels like coal, oil and gas.

And as the emissions continue to rise, the earth today is about 1.1°C warmer than it was in the late 1800s. United Nations states that we are not on track to meet the Paris Agreement of decreasing global emissions by halve by 2030 and ‘net-zero’ by 2050. The agreement also has set the target to keep global temperature from exceeding 1.5°C above pre-industrial levels, that is considered the upper limit to avoid the worst fallout from climate change. It also adds that 2015-2019 were the five warmest years on record while 2010-2019 was the warmest decade on record.

Thousands of scientists and government reviewers agreed that limiting global temperature rise to no more than 1.5°C would help us avoid the worst climate impacts and maintain a livable climate. Yet, based on current climate change trends, United Nations projects that the global warming will reach around 3.2°C by the end of the century.

From polar bears in the Arctic to marine turtles off the coast of Africa, our planet’s diversity of life is at risk due to changing climate.

What Can We Do

According to United Nations’ Act Now campaign, every one of us can help limit global warming and take care of our planet. By making choices that have less harmful effects on the environment, we can be part of the solution and influence change, here are some of the actions United Nations recommends: