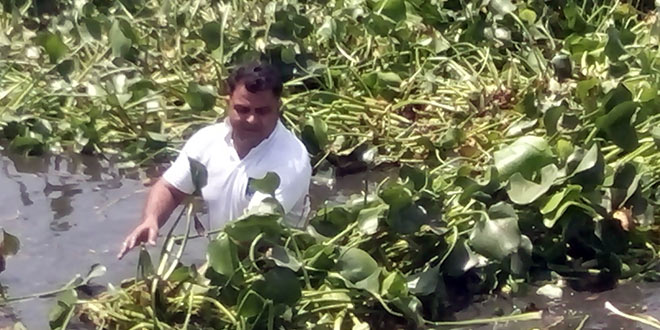 New Delhi: During the four-hour long journey from Saharanpur to Gautam Budh Nagar in Uttar Pradesh, travelers are accompanied by the Hindon river, a tributary of the Yamuna. A year back however, the river’s company wasn’t a very pleasing one, as Hindon, like several rivers of the country, was plagued by pollution. From plastics to hazardous chemicals, Hindon had become the dumping ground for industries and individuals, who would indiscriminately dispose of waste in the river. The river, a prominent part of UP’s industrial belt flows through seven districts and 316 industries are situated on its banks. The unhindered flow of waste into Hindon had resulted in the river being heavily polluted, making its water laden with chemical and hazardous waste. Hindon would have joined the list of India’s endangered rivers and soon would have died a painful death.

But a group of individuals, led by river enthusiast and environmentalist Raman Kant have worked tirelessly since 2007 to rejuvenate the river and grant it a new lease of life. Today, large portions of the river are clean of not only waste, but the disposal of effluents from a large number of industries has also come down after Mr Kant’s team worked towards ensure closure of many polluting industries.

It all started back in 2007, when pollution of Hindon was at its peak. On approaching the government on the issue, I was told that the government did not even have a map of the river. I created the river map, pointing out spots where sewage drains disposed waste into the river and submitted it to the state government, which continues to be used till date.  I started an organisation called NEER Foundation and our priority was to rejuvenate the Hindon river, said Raman Kant.

Hindon’s length of 400 kilometres ensured that sporadic cleaning activities would do no good and so, Mr Kant made no attempt to arrange cleanliness drives. Instead, he put in his efforts to go from district to district in the areas through which Hindon flowed and talked to people, discussing how the river’s lasting pollution had an adverse effect on them. Several district committees were formed and as people enrolled in them, cleaning activities such as removal of waste from the river were started. 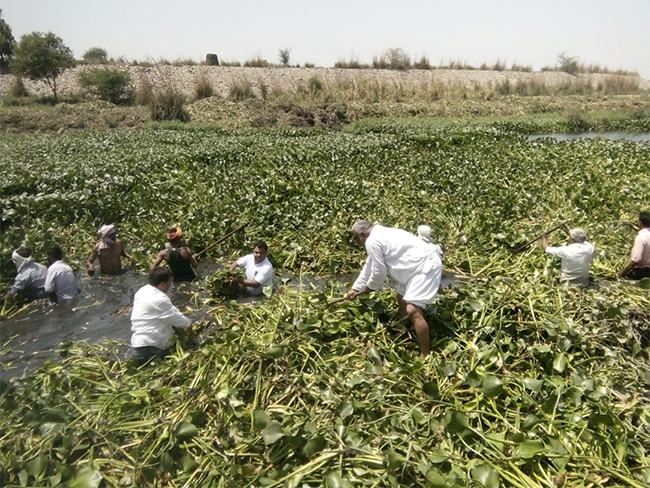 “It is important to involve people in river rejuvenation activities if a river is to be cleaned. A river flows for several kilometres, covers multiple districts, villages and towns and people are users of river water. If people themselves do not know what the condition of their river is and how it is impacting them, it will be difficult to rejuvenate the river,” said Mr Kant.

The district committees would meet regularly to discuss the plan of action for the river’s rejuvenation. From managing waste in villages situated on the banks to ensuring that these villages are open defecation free, the district committees of NEER Foundation adopted an all-round approach to cleaning Hindon, not restricting themselves to just cleaning the river or its ghats occasionally. The foundation followed a five-point programme for rejuvenation of the Hindon – waste management, tree plantation, village-to-village awareness campaigns, rejuvenation of nearby ponds and agriculture without using fertilisers or pesticides.

“These five areas are our focus when it comes to rejuvenation of Hindon. We have district committees in seven districts and 650 village committees in all the villages near the river. Over a thousand people are volunteers in these committees and our 50-day long campaign to clean 15 kilometres of the river has been a huge success. This campaign began from Aprill 22 this year and continued till June 10. The campaign is still continuing, and we have begun similar campaigns in Ghaziabad and Muzaffarnagar. Over one lakh tonne of garbage has been cleared from the river till now,” said Mr Kant. 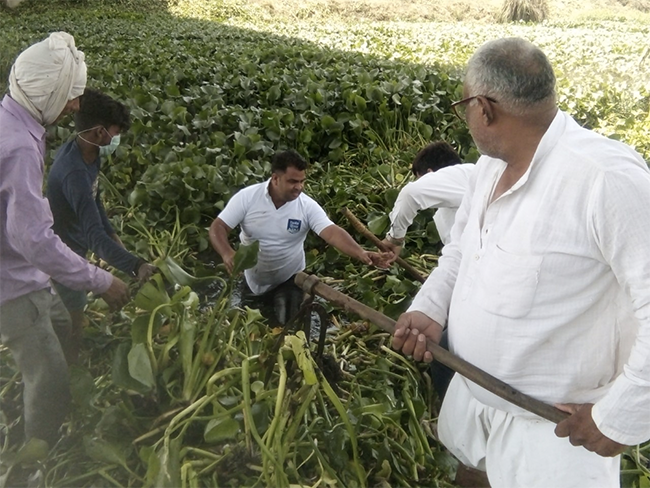 95 per cent industries in the river basin are ensuring that effluents are not discharged into the river. But the problem of sewage being disposed from households is something the government has to look into. The large STPs can only be built by the government. Plans for STPs in Saharanpur, Ghaziabad and Gautam Budh Nagar have been drawn up by us and sent to the government. We hope that our plans will be taken into consideration and their construction will be completed within the next two years, said Mr Kant.

A passionate lover of rivers, Mr Kant says that various summits on rivers abroad have only disheartened him, as he feels that despite promises, not much has been done towards reviving rivers in India. The persisting condition of Ganga and Yamuna, despite crores being spent on them is a cause of concern for the country. Raman Kant says that the government’s priority should be in ensuring that waste and sewage do not flow into the river. The rejuvenation, he says, will be done by the river itself.

“Constructing ghats will not help a river. What the government needs to ensure is that the flow of waste and chemicals in our rivers stop completely. Rivers can rejuvenate themselves. But if there is continuous flow of chemicals and waste, it will not be long before India’s rivers stare towards conditions from which bringing them back becomes nearly impossible,” signs off the river crusader.