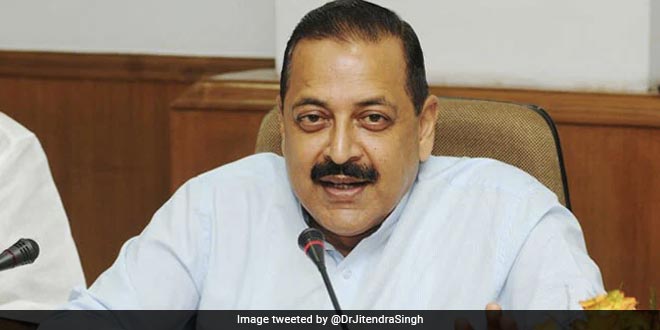 He said that the Council Of Scientific And Industrial Research’s newly developed Disinfection technology is being installed to combat the COVID-19 pandemic in railway coaches, AC buses, closed spaces among other places. The technology has been successfully tried in Railways, AC Buses and even the Parliament House and is now open for general roll-out for use by common masses, he said.

Dr Singh was speaking after releasing the CSIR Guidelines on Disinfection Technologies for Mitigation of SARS-CoV-2 Transmission.

The Union Minister cautioned that even after installation of this disinfection technology, everybody is advised to strictly adhere to COVID appropriate behaviour including the use of face mask, maintaining social distance, avoiding crowds etc.

Dr Singh said, the technology has been developed according to the requirements for deactivation of SARS COV-2 virus contained in an aerosol with necessary ventilation measures, necessary safety and user guidelines and tested Bio-safety standards etc. UV-C deactivates viruses, bacteria, fungus and other bio-aerosols etc. with appropriate dosages using 254nm UV light.

Dr Singh further said that CSIR will write to the Election Commission of India for use of this technology during indoor meetings with limited capacity for the ensuing Assembly polls in 5 States in the wake of a ban on physical rallies and roadshows for a specified period of time.

It may be recalled that the Election Commission has recently allowed indoor meetings in poll-bound States with a maximum capacity of 300 people or 50 per cent capacity of the hall or auditorium while adhering to the model code of conduct and COVID protocols during electioneering.

Dr Jitendra Singh informed that the technology meant for mitigation of airborne transmission of SARS-COV-2 was installed in the Central Hall, Lok Sabha Chamber and Committee Rooms 62 and 63 in July, last year ahead of the Monsoon session of Parliament.

The Minister said, he will write to the Secretary-General of Rajya Sabha for the installation of this technology ahead of the upcoming Budget Session.

The Minister commented on the legacy of CSIR in scientific pursuit and urged the scientists to highlight the role played by the organisation in different segments of the day-to-day life of the common man. CSIR enjoys a unique status globally in the field of science and technology, he added.