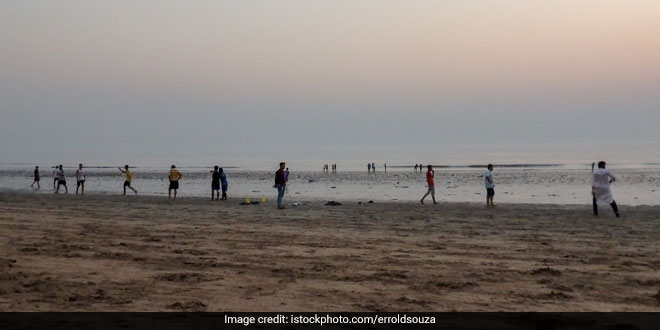 Mumbai: The Versova beach in Mumbai, which was once infamous for dirt and littering, has in the last two years, become world famous for its cleanliness, thanks to the efforts of lawyer-turned-activist Afroz Shah and thousands of Mumbaikars. The world’s largest beach cleanup has completed 148 weeks and has been successful in removing over nine million tonnes of plastic and other garbage. Along with addressing the problem of plastic pollution, the issue of open defecation will also be tackled now. The beach will soon get 52 brand new public toilets.

Celebrating the 72 years of Independence on August 15, Mr Shah made the announcement at the beach in presence of actors Randeep Hooda and Karanvir Bohra and said the Export–Import Bank of India (EXIM) Bank has volunteered to sponsor the construction and maintenance of public toilets. After the flag hoisting, Mr Shah said that everyone should make Independence Day special by taking up a cleaning activity and further encouraged them to continue doing their bit for the environment throughout the year.

“@IndiaEximBank is proud to partner with @AfrozShah1 and contribute towards maintenance of 52 public toilets near Versova beach, inauguration flagged off by MD David Rasquinha on Independence Day with a cleanup drive,” the bank tweeted.

@IndiaEximBank is proud to partner with @AfrozShah1 and contribute towards maintenance of 52 public toilets near Versova beach, inauguration flagged off by MD Mr. David Rasquinha on Independence Day with a clean up drive @DFS_India @swachhbharat @rajeevkumr #FreedomFromPlastic https://t.co/W30mZsVVhX

Staff members of the bank also took part in the two-hour long cleanliness drive and Managing Director David Rasquinha said that it is not people’s fault if they defecate in the open as the existing toilets are not maintained well.  In phase one, the new toilets will replace the existing old toilets that are ill-maintained and in a deplorable condition. In the second phase, additional toilets will be constructed above these 52 toilet blocks.

In October 2015, the Versova beach cleanup was initiated and since then, it has achieved recognition and accolades. In the cleanup’s 148-week timeline, a remarkable breakthrough came on March 21 this year when 80 Olive Ridley turtle hatchlings were sighted at the beach after two decades.