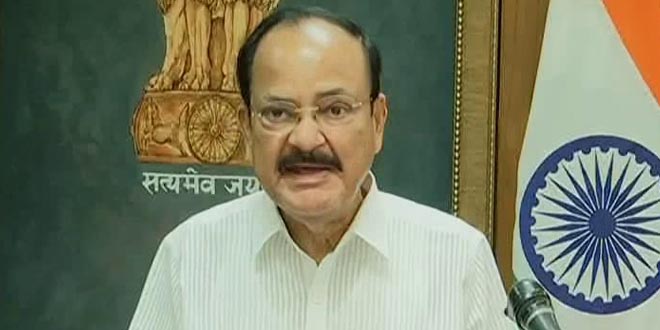 New Delhi: NDTV-Dettol Banega Swasth India campaign stepped into season 8 as it aims to highlight the inter-dependency of humans and the environment, and of humans on one another with the focus on One Health, One Planet, One Future – Leaving No One Behind. The Vice President of India, M. Venkaiah Naidu joined the 12-hour #SwasthBharat, Sampann Bharat Telethon where he talked to the Campaign Ambassador Amitabh Bachchan about the importance of the campaign and how the theme ‘leaving no one behind’ can make a difference.

The Vice President lauded the ‘Banega Swasth India’ campaign and said that it is a very timely and important initiative that seeks to improve public awareness on the crucial issues of health and wellness.

COVID-19 pandemic has taught us many important lessons. It has also generated awareness; every one of us, have now become aware, from individuals to governments, that we have to focus greater attention on health, Mr Naidu said.

Here are the five things Vice President Naidu said at the show:

Related Topics:
COVID-19 Nutrition
Up Next