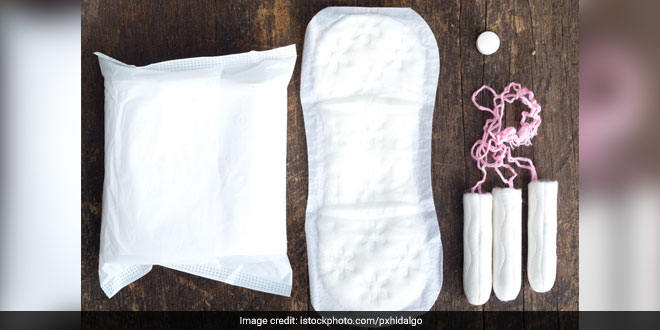 New Delhi: ‘Practice what you preach’ is the latest mantra that the Vijayawada Municipal Corporation (VMC) in Andhra Pradesh has adopted to bring to light the topic of menstrual hygiene management (MHM). With an aim to make sanitary napkins affordable and accessible and to scientifically manage menstrual waste, the civic body is currently in the process of installing sanitary napkin vending machines along with incinerators across the city. Besides, generating awareness on menstrual hygiene, the city hopes the move will also help the city improve its cleanliness ranking from the previous year (19) in this Swachh Survekshan.

Sanitary napkins are a necessity and half our country’s population need it every month. While the country is getting in the process of segregating dry and wet waste, we want our citizens to get into a practice of scientifically discarding sanitary waste separately and hence the move will go in a long way to in improving city’s waste management system.

Elaborating on how the new step will ensure an improved Swachh ranking he adds, “35 per cent of the marks are allotted to Citizen Feedback and installing vending machines will hopefully receive a decent feedback from our residents. Though the incinerators will be installed only after a few months, a plan on paper to manage sanitary waste will hopefully attract a few additional points considering ‘Waste Management’ is a prime arena in the cleanliness survey.”

With an investment of Rs 50,000 per sanitary napkin vending machine, the machines have already been installed in public toilets located in heavily populated areas of the city including bus stands, railway stations, government offices and so on. The city has a total of 70 female public toilets. While half of them already have the vending machines, the other half will be covered by end of February this year. Anyone wanting to access the sanitary napkin from the machine has to simply put a coin of Rs 5 in it and a sanitary napkin will be dispensed.

To up its waste management game, the VMC in October had distributed two colour coded bins in every household of the city. After noticing an improvement in source segregation, the corporation chalked out a plan of installing on-site composting machines in 11 locations across the city. Presently two of the units are functional that treat 50 tonnes of wet garbage daily, “the plan is to treat 200 tonnes of wet waste daily once all the composting units become functional,” says Mr Prasad.

As for the dry waste, depending upon how much the corporation is able to segregate non-biodegradable waste, it is given to the local recycling centres.

The corporation has even roped in Kala Jathas, a traditional cultural group, to spread awareness on toilet usage, cleanliness, waste management and city’s overall sanitation. A group of 15 traditional artists attract large crowds with their performances in public places.

It is awareness that plays a key role in effectively implementing Swachh Bharat Abhiyan. There is no point in establishing infrastructure if people are not utilising it or taking steps that enhance its functioning, adds Mr Prasad.

This year’s Swachh Survekshan includes 4,041 cities as against just 434 cities in the previous survey. Considered to be world’s biggest survey by the government, the Swachh Survekshan 2018 is marking cities on different parametres like collection and transportation of solid waste, processing and disposal of waste, open defecation free status, IEC (information, Education and Communication) /behaviour change and innovation and capacity building.