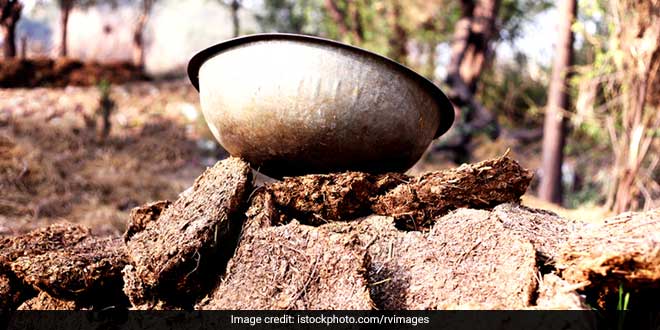 Mumbai: Tonnes of cattle waste or cowdung flowing into the drains near the Nangli and Goyla Dairy colonies may soon be a thing of the past as the South Delhi Municipal Corporation (SDMC) recently approved the plan to set up one biogas plant in each of the two colonies. The objective behind installing the biogas plants is to solve twin issues of waste management and electricity. 18 months from now, the civic corporation aims to start the process of diverting the cowdung from flowing into the drains by converting it into biogas with the help of the plants.

Biogas refers to a mixture of different gases produced by the breakdown of organic matter in the absence of oxygen. Biogas can be produced from raw materials such as agricultural waste, manure, municipal waste, plant material, sewage, green waste or food waste.

Also Read: Streets of East Delhi Full Of Heaps Of Garbage While EDMC Sanitation Workers Call Off Strike After A Month

The idea proposed by a committee from SDMC was given a green signal on Monday and Chairperson of Standing Committee Shikha Rai said that it will give a boost to civic corporation’s plan to make South Delhi a waste-free zone.

We have approved the plantation of two biogas plants – one in Nangli and one in Goyla. The biogas plants will provide a huge relief to the landfill in the city. This one-of-its-kind project will solve two issues simultaneously. Besides preventing reckless dumping of cowdung in the drains, it will also generate power that will be used for street lights. 18 months will be given to build the biogas plant, said Ms Rai.

We have always experimented with methods that can help treat city’s waste scientifically and the biogas plants is the latest example, adds Ms Rai.

The project will be executed on build, operate and transfer (BOT) basis for 10 years. In other words, it means that the private firm will be responsible for its construction and maintenance for 10 years. The proposed policy will also ensure a saving of Rs 110 crores to the SDMC. Both the plants will be procured at Rs 58 crores each.

As far as the capacity is concerned, each plant can treat up to 200 metric tonnes of waste and generate up to 6,400 kilos of biogas and 70 tonnes of organic manure combined daily. Around one tonne of waste has the capacity to generate 60 metric cubes of gas which can be used to produce electricity to light 200 streetlights for 8 hours. Around 3,500 dairies will send their waste (up to 400 metric tonnes) to the biogas plant. In return the dairy owners will gain monetarily. For every tonne of cattle waste, Rs 650 will be given to the dairy owners.

Also Read: Delhi Airport To Become Plastic-Free By The End Of 2019

India Aims To Cut Stubble Burning In Key States By 70 Per cent, But Experts Skeptical