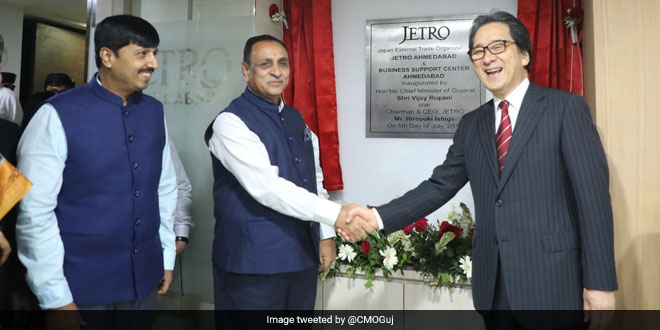 New Delhi: At a time when consecutive states in India have announced bans on plastic, Japan has offered a helping hand and shown interest in assisting India in waste management. At an event in Mumbai on July 11, Consul General of Japan Ryoji Noda said that Japan was ready to support India in managing its waste, and would provide scientific and technical support towards India’s crusade on waste management. Japan has been one of the foremost international examples of successful waste management, recycling an astounding 77 per cent of its plastic waste.

The Japanese Consul General said that Japan would gladly help India by sharing its expertise on not just waste management, but other environmental issues of water and air pollution as well. This is not the first time when Japan agreed to extend a helping hand to India in matters of environment and hygiene. Japan has allotted an amount of Rs 1.5 crore to improve sanitation in India and has extensively worked in Odisha to improve sanitation and waste management conditions. Japan recycles nearly 400 tonnes of waste every year and the Consul General said that sharing of knowledge on scientific waste management will benefit India.

If Mumbai creates 7,000 tonnes of urban waste every day, around 210,000 tonne of waste is produced every month.  Japan, which has recycled 85 per cent of PET bottles, can help India in better handling the same, said Mr Noda.

Mr Noda also spoke extensively on the Maharashtra plastic ban. He said that the ban will result in confiscation of a large amount of plastic bottles, bags, PET bottles and other plastic items. If the government needed help on how to recycle the items for further use, Japan could assist with prior experience and expertise on recycling large amounts of plastic items. Mr Noda also said that India has been the largest beneficiary of Japan’s Overseas Development Assistance, receiving over Rs 22,000 crore.

Though it may take a while for India to replicate Japan’s success in waste management, Japan’s interest in lending a scientific helping hand to India could prove to be highly beneficial in bringing in a culture of scientific waste management in India.

To Effectively Police Swachh Bharat Abhiyan, Bathinda Will Issue Challans For Open Defecation In The City