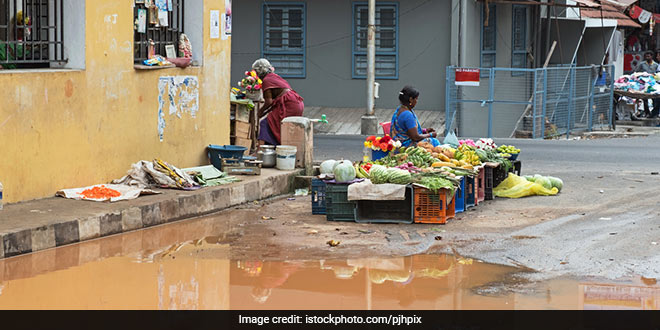 New Delhi: The National Green Tribunal (NGT) has directed the Ghaziabad Nagar Nigam to clean the storm water drains in Vasundhara township within four weeks. A bench of Justice Raghuvendra S Rathore and expert member S S Garbyal asked municipal commissioner of the civic body to ensure garbage was removed from the drains and sought a compliance report by September 10.

The green panel also took into account the report submitted by advocate Kush Sharma – appointed court commissioner in the case – who had suggested that a planned mechanism was needed to ensure that waste was not thrown into the drains during monsoon.

In view of the grievance raised by the applicant and the report submitted by the court commissioner, we are of the considered opinion that respondent shall comply with the suggestions given by the commissioner in its later and spirit, the bench said.

For that purpose we grant four weeks time to the respondents if any work is required to be done and to restore the rain water drain to its original form. No obstacle/hindrance etc. should remain in the flow of water, it added.

The court commissioner had suggested that encroachment on the drains by shopkeepers and residents needs to be kept in check and preventive measures must be implemented against any future encroachment.

The tribunal had earlier directed the civic authorities to clean the drains in sector 16 of Vasundhara colony and free them from the waste coming from the sewers in the nearby Prahlad Garhi village.

The plea filed by Vasundhara residents K P Singh and others alleged that the drains had been converted into an open sewer and remained choked through the year while hazardous sewer waste overflows in the streets, releasing “highly poisonous” gases.

Seeking the NGT’s direction to clean them, the residents said that the filthy drains were adversely affecting the environment and health of the locals.