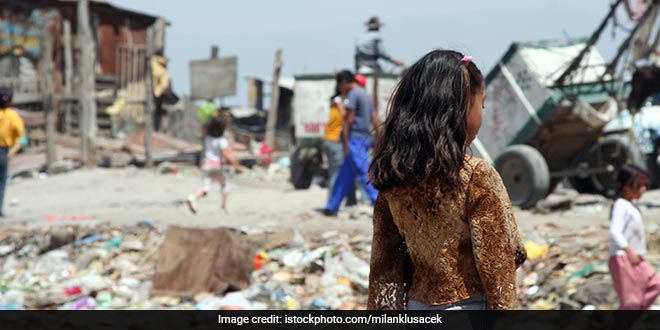 Mumbai: Can you imagine a place which has no plastic in the form of litter, a village which doesn’t have a landfill, a village that generates revenue from waste segregation? One might think it is nearly impossible, but this has become a reality in Chhota Narena in Ajmer district of Rajasthan. 50 per cent of the 400 households now practice source segregation which has in turn eased the process of treating the waste. While all the wet garbage is composted, the dry garbage gets recycled. However, the scenario a year ago was completely different.

United Nations Goodwill Ambassador and Actor Dia Mirza shared the story of Chhota Narena on her social media account and said, “This made my day! Setting an example that the rest of #India can follow. Rajasthan’s first plastic and waste free village.”

Every household, on an average, generates 15 kilograms of organic waste and one kilogram of plastic waste every month. In the last eight months, the dry waste collected has been accumulated and stored in a room on the outskirts of village which will soon be sold to a recycling unit. Whereas, the wet garbage is converted into 200 kilograms of manure every month by treating the waste inside the village in four composting pits. 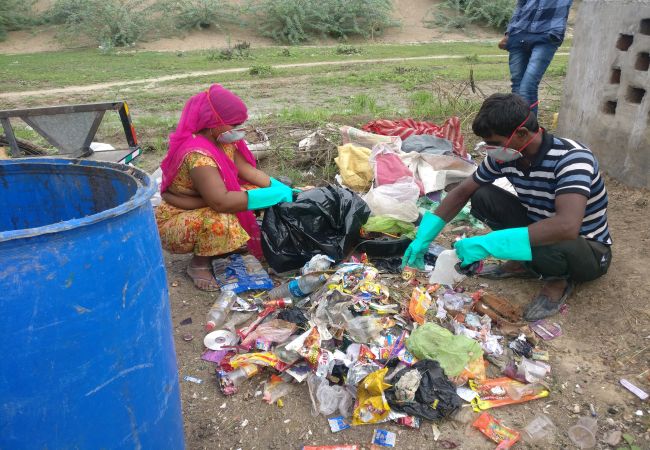 Rs 40 lakh were invested through community contribution, Barefoot college and a French donor in making the village plastic and waste free. Every following year the cost of maintaining the structure will come up to Rs 10 lakh.  The money collected by selling manure comes back in the system.

The waste management in Chhota Narena, was in shambles eight months ago. For years, the villager’s dumped 70 per cent of its waste in open and the rest was burnt by the women in cooking stoves. This gave rise to several problems which put the village’s health and sanitation in jeopardy.

Open dumping led to an unclean environment and attracted innumerable flies and insects in the village. The smell from the garbage pile was often the reason for people’s deteriorating health. Headache, nausea and vomiting became an everyday scenario. 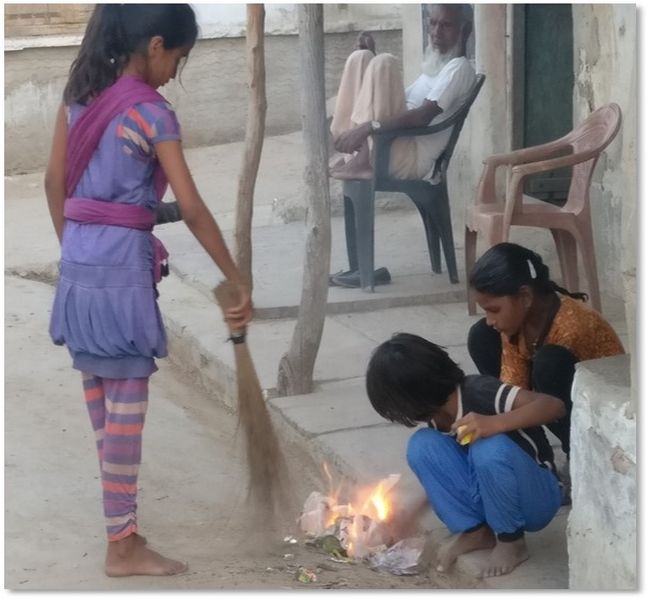 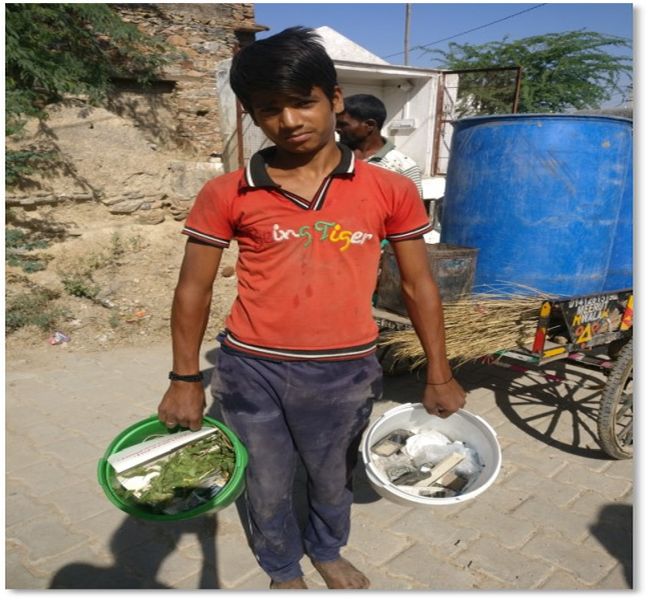 Besides, creating health problems for the villages, unscientific disposal of plastic waste led to death of animals. In 2017 nearly 30 animals died after choking on polythenes. This severely affected the economy of the village, as majority of people are involved in the occupation of animal husbandry.

The same year Kavya Raman, a resident of Bengaluru, came into the picture through SBI fellowship programme. After learning about the condition of Chhota Narena, the 25-year-old took upon the herculean task of making ‘zero plastic, zero waste’ a reality in the village. 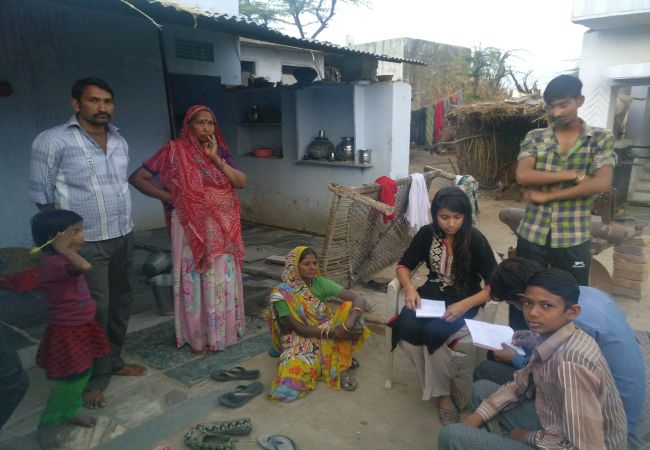 The subject of waste management is usually focused upon in cities considering the huge volumes of waste urban spaces generate. Though waste management isn’t a prime issue in rural areas, we need to nip the problem in the bud before it is too late. Hence, I undertook the task of introducing a proper waste management model in the village, she tells NDTV.

Also Read: Global Quantity Of Plastic In Oceans To Nearly Double To 250 Metric Tonnes By 2025

She was keen on finding a solution where community involvement would play a vital role. “I wanted to develop a model of self-sustenance and self-dependency. For any new project to be successful, the residents have to be major stakeholders so that they can carry it forward. We created a 10-member committee within the village for sustenance of the project. The committee has been involved in the system set up from planning to implementation and now, in monitoring and thus have complete ownership of the system,” she adds.

For people who have been dumping dry and wet waste together in open for years, asking them to change their habit was a daunting task. Bound by the shackles of caste, segregating waste is looked down upon. But as the days passed by, people welcomed the concept and started to separate dry and wet waste. I started with 100 households and gradually the remaining joined, Kavya explains.

Meanwhile, she employed a husband-wife duo from the village to collect the segregated waste from all the households. With the help of the NGO she came up with four composting pits. 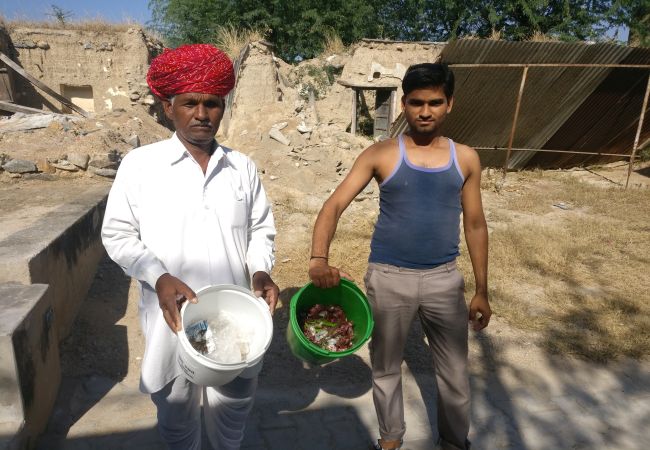 As there was no place to store the dry waste, she roped in around 170 student volunteers from reputed architecture and design colleges in Jaipur and built two low-cost rooms from plastic bottles. The students lived in the houses of Chhota Narena residents during the 28 day construction and promoted source segregation through their interactions with the families.

To show the villagers how trash can be converted into treasure, we made rooms from plastic bottles. Big hotels like Hilton donated around 16,000 plastic bottles and within a month the rooms were ready, adds Kavya.

The entire waste management model is supervised by Gulla Ram from the Gujjar community. Cleaning and touching waste is considered demeaning by his caste. He fought against all odds and is now running the model efficiently. Along with Mr Ram, the project is monitored by students from the same fellowship programme – Lomash Chaudhary, Sushma Shyamsundar and Shuvam Das Choudhury.

. The team is also looking for funding partners to replicate this system in other parts of the country.

After realising the importance of managing waste, the waste collectors from the Dalit community are treated with respect and dignity. With a steady income in place, they are now able to meet the two ends.

When the water condition of the village was studied all the handpumps that were once clogged of plastic waste, are now plastic free, “we couldn’t even see the handpumps due to the garbage accumulated on them. But now they are plastic free,” says Mr Ram. 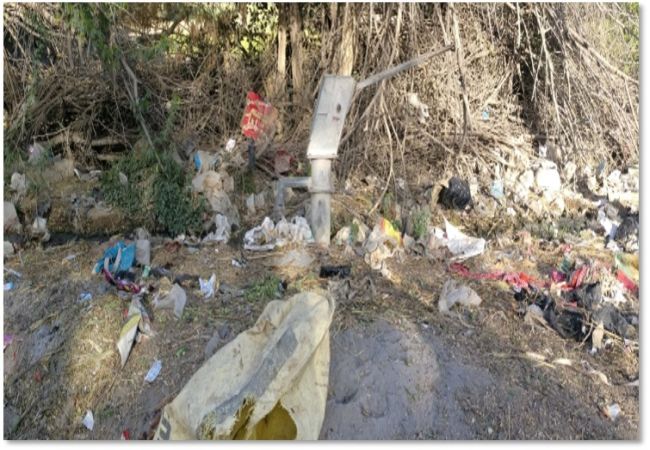 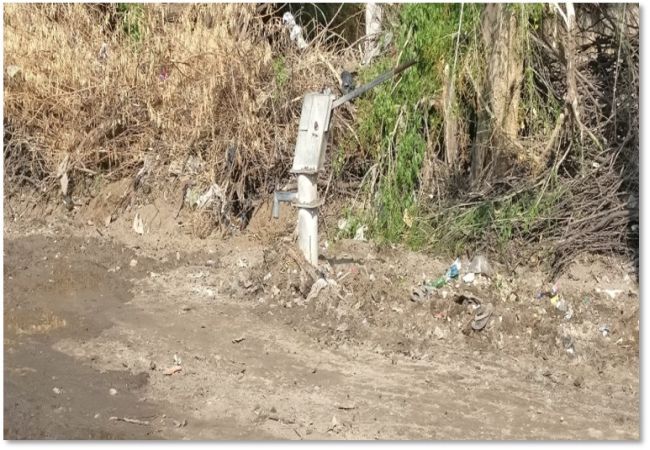 For sustainable behavior change, students from Chhota Narena’s government school were imparted training and education in basic health and hygiene through science experiments, documentaries and workshops. To ensure these practices are followed, the students have formed a sanitation club through which they carry out intra-school activities. 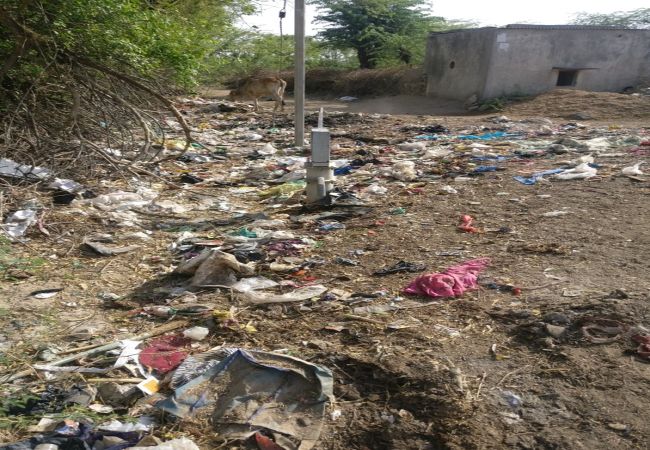 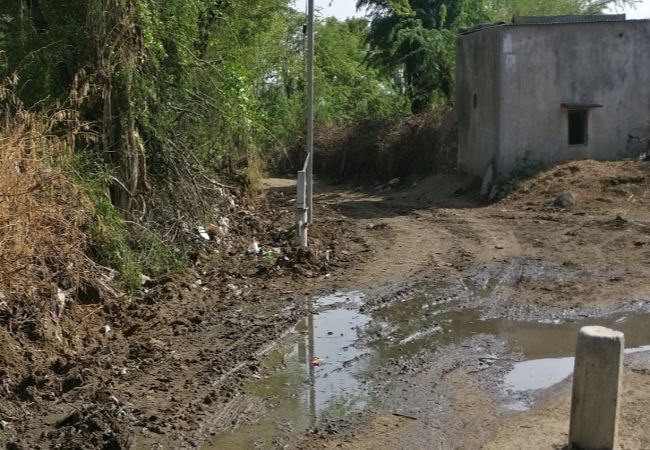 Today, eight months after the project was kickstarted, no one dumps their waste in the open and no littered items are found on the streets of Chhota Narena. Women have completely ended the practice of using plastic waste in cooking stoves and the 400 households have now understood the importance of waste segregation.

25 Volunteers Collected Over 3.5 Tonnes Of Waste From Goa’s Monkey Beach And Grand Island