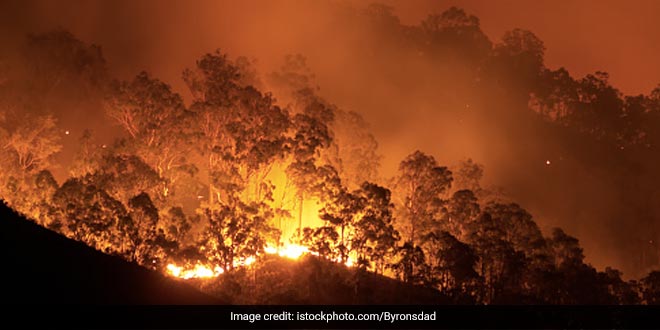 Kerela: Several acres of high range areas of Palakkad and Wayanad districts in Kerala were burnt down in wildfires, which occurred a few days ago, before forest officials managed to douse them. High range areas of Walayar in Palakkad and Vellamunda in Wayanad were affected by wildfires which occurred on Saturday and Sunday respectively, forest officials said and added that similar incidents were reported earlier in the month also in these two districts.Wayanad North DFO, Darshan Gattani IFS, speaking to Press Trust of India, said the recent wildfire occurred in the grassland areas of the forest region of the district.He said that while the actual reason for the fire has to be determined, the extreme heat, rising temperatures, wind conditions and hilly terrain were contributing factors.

Besides the recent wildfire incident, others were also reported earlier in the month from various parts of the district like Kalpetta, Banasura dam area and Pericherimala, he said and added that in all these places the fire was contained in less than 12 hours. Palakkad DFO, Srinivas Kurra IFS, told PTI that the wildfire in the Walayar area of the district occurred on Saturday and could be doused only by Tuesday morning.It took time to douse the fire as the area is hilly with rocky patches and grassy areas in between, making it difficult to carry out fire-fighting operations, he said.

Giving details of the fire-fighting steps taken, the officials said that fire lines were made and wood stock was cleared, but still a large fuel load was available in the dry grassland areas.They also said that fire-fighting activities were carried out in the evening, night and early morning hours as during the day time the heat and temperatures are too high.No loss of human or wildlife was reported from either of the two districts due to the wildfires, the officials said added that 10-15 hectares of land was burnt in the wildfires in both places.

India Widens The COVID Vaccine Drive, Inoculates Children Above 12 Years And Boosters For All Above 60