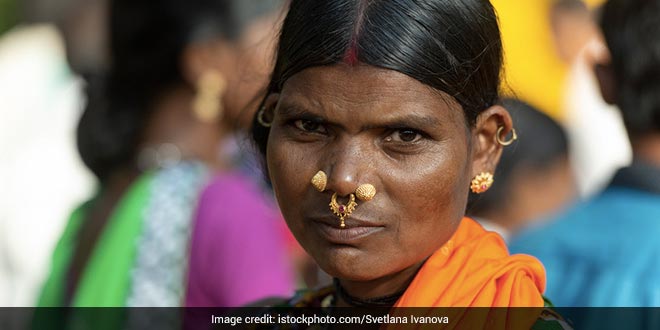 Identify what are the concerns at the grassroot level and deliberate on their possible solutions for better health access of the tribals, said NCST chairman

New Delhi: Providing tribals with easy access to healthcare facilities is the key to solve their problems and ensure their “all around” development, National Commission for Scheduled Tribes (NCST) chairman Harsh Chouhan said on Tuesday (March 15). He also stressed the need to work for the members of the community with “empathy”. Inaugurating a two-day dialogue on tribal health and evaluation of health system in the scheduled areas, he said access to healthcare is “a big issue” in tribal areas and urged participants to deliberate on “this concern” and come up with concrete suggestions for a way forward.

When we work for development of tribals, one aspect that comes to mind about them is that they do no have understanding. So most of the people you find working for the development of tribals out of sympathy, are those engaged in spreading awareness. The number of those working for them with empathy are a less in the entire (government) system and non-government initiatives. When we go further, it comes to their mind that migration of tribals is a very big problem. And then, debates and discussions are held on this. It is very surprising that people do not even understand the difference between migration of people from tribal areas and other areas, NCTE chairman said.

Migration of people from plain areas like Bihar and Uttar Pradesh is permanent while migration of tribals from their areas is temporary, he said.

The main reason behind tribals migrating to other places is the problem of healthcare. A tribal leaves his village for other places to earn money only after he is fully burdened in debt. And the reason for this debt is his expenditure on healthcare, he said.

This was the finding of a study conducted by Tata Institute of Social Sciences (TISS) on the Commission’s request, he said.

That’s why we decided to hold a discussion on the issue of healthcare first, he added.

In his inaugural address, the NCTE chairman urged participants to deliberate, during the two-day event, on the availability healthcare services to tribals in their areas, their accessibility and effectiveness on the ground.

Identify what are the concerns at the grassroot level and deliberate on their possible solutions. How can the available network be made user-friendly. On the basis of outcomes of the deliberations on these two points, discussions can be held on the way forward. If we come up with concrete suggestions, there will be changes in system and their understanding of the problem, he said.

He hoped that the outcome of the two-day dialogue on the issue will help the commission create a mechanism for monitoring of healthcare system in tribal areas and also make necessary recommendations to the government from time to time.

A number of non-government organisations working at the grassroot levels for development of tribals, health experts are among those attending the two-day event.

Related Topics:
Health Leaving No One Behind Swasth India
Up Next

Wildfires Burn Down Several Hectares Of Land In Kerala

Expansion Of Vaccination Drive To Include Minors Does Not Pose Safety Risk To Recipients, Government Tells Supreme Court