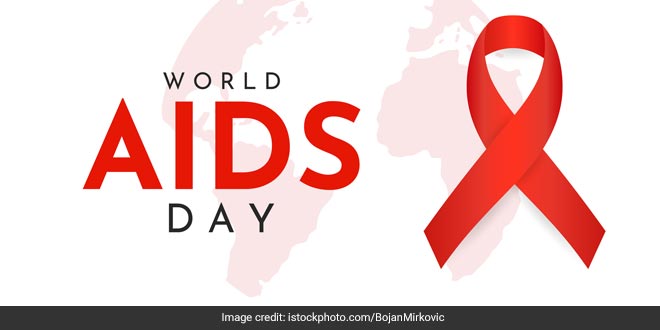 This year, UNAIDS focuses on a specific theme, "Equalize," with the aim to address these inequalities and the ones among citizens which are holding back progress in ending AIDS.

New Delhi: December 1 of every year is marked as AIDS Day worldwide, with an aim to unite communities globally to fight against the Human Immunodeficiency Virus (HIV), show support for people living with the infection, and commemorate those who have died from the illness. Founded in 1988, World AIDS Day was the first ever global health day, and the day remains relevant today, reminding people and governments that HIV is still prevalent. In the first two years of the campaign, World AIDS Day highlighted the impact of AIDS on families, specifically children and youth. In 1996, the Joint United Nations Programme on HIV/AIDS (UNAIDS) took over the campaign operations and expanded the scope of the initiative to a year-round prevention and education campaign.

Difference Between HIV And AIDS

According to the National AIDS Control Organization (NACO), a person infected with HIV has a weak immune system. The Acquired Immune Deficiency Syndrome (AIDS) is the result of HIV infection at a later stage. It is a condition in which a group of symptoms appear as the immune system becomes very weak. It can take around 8–10 years from the time of HIV infection to develop into AIDS.

Do All People With HIV Have AIDS?

Being diagnosed with HIV does not mean a person will also be diagnosed with AIDS. NACO states that healthcare professionals diagnose AIDS when people with HIV infection begin to get severe opportunistic infections (OIs), or their CD4 cell count falls below a certain level. Immune function is measured by CD4 cell count, and the CD4 cells, or white blood cells, fight infection.

According to NACO’s estimates in 2021, HIV  infection affected 0.21 percent of the total population. Among states, Mizoram has the highest number of adult HIV prevalence and People Living with HIV (PLHIV) with nearly 2.7 per cent among people between the age group 15-49 years. Nagaland has the second-highest number of people estimated to have contracted HIV, with nearly 1.4 per cent of the total population, followed by Manipur (1.05 per cent), Andhra Pradesh (0.67 per cent), Telangana (0.47 per cent), among others.

Each year, UNAIDS has a theme to work on to ensure that communities are empowered to engage in HIV programmes and promote the full inclusion of civil society. For years, disparities in access to the most basic HIV services, such as testing and treatment, have persisted.

This year, UNAIDS focuses on a specific theme, “Equalize,” with the aim to address these inequalities and the ones among citizens which are holding back progress in ending AIDS.

The theme is a call to action, for increasing the availability, quality, and suitability of services for HIV treatment, its testing, and prevention. The theme also highlights the importance of reforming laws, policies, and practices to tackle the stigma and exclusion faced by people living with HIV and equalise access to essential HIV services, particularly for children and key populations and their partners.

Here are some of the facts about HIV/AIDS, according to the World Health Organisation (WHO):

How Are People Infected With HIV?

According to NACO, HIV can be transmitted through unprotected sex with an HIV infected person, transfusion of HIV infected blood or blood products, or sharing of needles contaminated with HIV infected blood. Besides, HIV-infected mothers can transmit it to her baby during pregnancy, during birth, or after delivery. It is to be noted that HIV does not transmit through social contacts such as shaking hands, travelling together, hugging, or kissing.

Currently, there is no cure for HIV/AIDS, however, there are many medications that can control HIV and prevent complications. Effective Anti-Retroviral Treatment (ART) drugs are available that can prolong the life of an HIV-positive person.

Also Read: How Healthy Are India’s Women: A Quick Lowdown