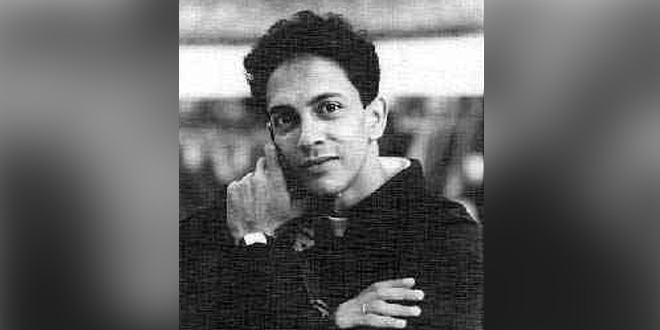 New Delhi: Back In 1989, being HIV positive meant the end of the road for the one infected with this deadly virus. From physical suffering to mental trauma and social ostracisation, there was the fear of the unknown disease and the shame and stigma of unbearable proportions that an HIV positive individual had to deal with. A lot of the challenges stemmed from the lack of understanding and awareness among people including the medical professionals and policymakers about the Human Immunodeficiency Virus (HIV) and the disease it can lead to called Acquired Immune Deficiency Syndrome (AIDS). Thus, people with HIV were sent into isolation in order to curb the spread of the disease. It was during this time, an employee of World Wildlife Fund (WWF) in Goa, 29-year-old Dominic D’Souza, became the first one in the state to contract the virus and this marked the starting point of AIDS activism and a long fight for the rights of those infected with HIV.

In February 1989, Dominic went to donate blood where he was tested for HIV without his consent. The test revealed that he had contracted HIV. He was suddenly handcuffed and forcibly taken to a tuberculosis sanatorium ward where he was isolated. Dominic himself was unaware of the circumstances that sparked off this strange sequence of events. It was only when his name was entered in a register under AIDS, that he learnt of his HIV positive status, said Dominic’s doctor, Dr Ishwar Gilada, President, AIDS Society of India. According to Anand Grover, who in 1981 founded Lawyers Collective, a lawyers’ group that works on human rights and provide legal aid to the marginalised communities, said that Dominic’s disease was equated with criminality under Goa Public Health (Amendment) Act, 1986 and he was treated like an untouchable; food was thrown at him. He was kept in the sanatorium for 64 days.

Mr Grover helped Dominic and his mother Lucy D’Souza, who was a nurse, fight his case against the Goa government for his forceful quarantine. The case, known as Lucy D’Souza Vs The State of Goa, challenged the law on grounds of basic human rights enumerated in the Indian Constitution. Dr Gilada made a presentation in Goa’s Legislative Assembly to explain to the members about HIV infection, transmission and AIDS. During the same time, Dominic’s friends and other family members organised demonstrations and protest marches for his release. The case and the efforts of Dr Gilada, friends and family led to his release and the provision under the Goa Public Health (Amendment) Act that allowed the state isolation of HIV positive people was repealed.

Talking about how he got associated with Dominic’s case, Mr Gover said,

When Dominic filed a petition at Goa High court asking for his release, no lawyer was taking up the case as there was a lot of stigma attached with HIV. Dr Gilada who was already a campaigner of HIV got in touch with me as he knew about my background in biochemistry. He felt that I would be able to take up the case. After reading a lot about HIV/AIDS, I understood that it was not only a public health issue but also a human rights issue and discrimination.

Dominic Didn’t Go Down Without A Fight: Anand Grover, Lawyer

After his release, Dominic chose to take charge of the fight against discrimination. According to Mr Grover, he became India’s first HIV positive activist. He took the initiative to come out publicly as HIV positive and sensitise the people about the disease. During this time, he travelled a lot in and outside India to talk about HIV/AIDS.
Dominic started Positive People, a non-governmental organisation, in 1992 with an aim to fight discrimination against HIV infected people and provide them support. Dominic succumbed to AIDS in May 1992 in Mumbai, two weeks after registering his organisation.

Dominic said that that engaging people in the HIV response is very important. People who are infected must be open about it and insist on receiving treatment with no discrimination. This helps in changing the mindset of the people towards HIV. Dominic’s life may have been short but it was really very grand. He inspired so many people all across the world. The movement that he started formed a foundation of all other HIV movements in the county and also helped in fighting for the rights of LGBTQ people. Positive People, the organisation that he started focused on driving response towards HIV under the leadership of the HIV positive people themselves. Unfortunately, the NGO is not functional at the moment but it helped many people in Goa and Mumbai.

The Fight Against Stigmatisation Of HIV And Criminalisation Of Homosexuality Continued

Mr Grover, who is known for legal activism on HIV and homosexuality highlighted that it was Dominic’s fight for equal rights for those infected by HIV that led to the drafting of the HIV/AIDS Bill. He shared that shortly before his death, Dominic asked him to make a promise to fight for the right of HIV positive people. He said,

Dominic and I became very good friends. He was a beautiful, jolly person. It was a very emotional day for me as Dominic was very sick. The otherwise handsome young man was skin and bones. But he kept asking me about what I was doing for HIV issues. I was sitting beside him when he extracted a promise from me. A promise I did not realise would have a profound impact on me. Till today, I have continued doing legal work for HIV rights including access to medicines, discrimination and negligence of healthcare workers.

The HIV/AIDS Bill came into force in September 2018, 26 years after Dominic’s death and became Human Immunodeficiency Virus and Acquired Immune Deficiency Syndrome (Prevention and Control) Act, 2017. The Act prohibits all forms of discrimination against HIV-positive people.

It was a long fight. We had drafted the Human Immunodeficiency Virus and Acquired Immune Deficiency Syndrome (Prevention and Control) Bill in early 2000. Year after year, we kept on advocating for it and finally, it was passed in Parliament. I would say that a lot of progress has been made in the past 30 years, both in terms of treatment and awareness building. But there is still a long way to go because a lot of stigma still persists which continue to hurt the HIV positive people, said Mr Grover.

Mr Grover added that Dominic’s case was instrumental in fighting the law which held homosexuality as a punishable offence under Section 377 of the Indian Penal Code.

Paying tribute to Dominic, Sopam Muller, a filmmaker who made ‘Dominic’s Dream’, a documentary based on his life and his NGO Positive People said,

Dominic is an icon. He continues to inspire us. What happened with Dominic was horrible but her made his experience into a path-breaking event. His case became really important for bother HIV treatment and LGBT rights in India.