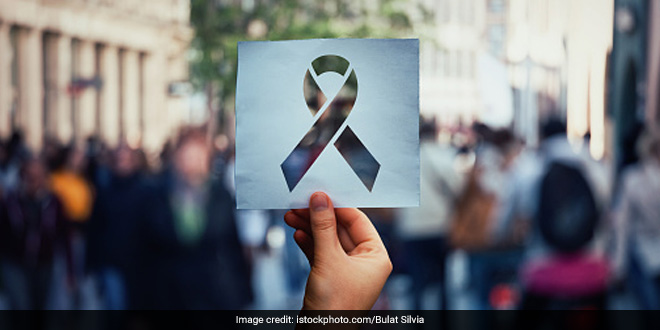 World AIDS Day 2021: 79.3 million people have become infected with the HIV virus since 1980 states WHO

New Delhi: World Health Organisation (WHO) says, ‘HIV is not an easy virus to defeat’. It states that nearly a million people still die every year from the virus because they don’t know they have HIV and are not on treatment, or they start treatment late. It further adds that this is despite WHO guidelines in 2015 recommending that all people living with HIV should receive antiretroviral treatment, regardless of their immune status and stage of infection, and the treatment should start as soon as possible after their diagnosis.

WHO adds, ‘Fear, stigma and ignorance. That is what defined the HIV epidemic that raged through the world in the 1980s.’

December 1 marks the World AIDS Day – a day created to raise awareness about HIV and the resulting AIDS epidemic. Since the beginning of the epidemic in 1980, 79.3 million people have become infected with HIV, as per UNAIDS. HIV has claimed over 36.3 million lives, according to WHO and it still continues to be a major global public health issue.

Here is how HIV and AIDS have been impacting the world:

– UNAIDS states that new HIV infections have been reduced by 52 per cent since the peak in 1997, around the world. It further states that in 2020, around 1.5 million people were newly infected with HIV, compared to 3.0 million people in 1997.

Global Status of Of HIV Infections:

– Despite the drop, according to the global statistics by UNAIDS, 37.7 million people globally were living with HIV in 2020, 6,80,000 people died from AIDS-related illnesses, the same year.

This is when the world has committed to end AIDS by 2030.

WHO states that the rates of new infections and deaths are not falling rapidly enough to meet this target.

– According to UNICEF of the estimated 37.7 million people living with HIV worldwide in 2020, 2.78 million were children aged 0-19. It further adds that each day in 2020, approximately 850 children became infected with HIV and approximately 330 children died from AIDS related causes, mostly because of inadequate access to HIV prevention, care and treatment services.

Impact Of COVID On HIV/AIDS:

According to UNAIDS, the COVID-19 pandemic caused widespread disruption to health services in many countries. Disruption to HIV services, as high as 75 per cent, has been reported in some countries.

WHO had found that the risk of developing severe or fatal COVID-19 was 30 per cent greater in people living with HIV compared to people without HIV infection.

In 2020, WHO also did a survey to know the impact of COVID and how it has impacted people living with HIV. The survey found that during the peak of COVID-19, 73 countries had warned that they were at risk of stock-outs of antiretroviral (ARV) medicines as a result of the COVID-19 pandemic and 24 countries reported having either a critically low stock of ARVs or disruptions in the supply of these life-saving medicines.

Talking about AIDS- related deaths, approximately, 59,000 people died due to the disease in the year 2019.

– WHO states that although the world has made significant progress in recent decades, but important global targets for 2020 were not met. According to WHO, to reach the new proposed global 95–95–95 targets set by UNAIDS, the world will need to redouble the efforts to avoid the worst-case scenario of a half million excess HIV-related deaths in sub-Saharan Africa.

The targets were set with an aim to provide HIV testing and treatment to the vast majority of people living with the virus by the end of 2020 and to reduce the amount of HIV in their bodies to undetectable levels, so THAT they keep healthy and prevent the further spread of the virus.

What Experts Have To Say

India needs a stronger focus in controlling AIDS in pregnant women, as if an expecting woman is tested positive with the disease the chances are the infection will be transmitted to the child. Secondly, India needs to focus on treating marginalised group such as sex workers, transgenders as they fall under vulnerable people criteria and still face a lot of discrimination.

India produces 80 per cent of the antiretroviral treatment drugs and a lot of countries globally depend on India for the treatment. In the wake of current ongoing coronavirus crisis, India needs to make sure that this production and supply chain of antiretroviral drugs is not broken.

Talking about the way ahead and the key focus areas to look at to reduce instances of AIDS, Ms Byanyima added that the thumb rule is that we need to protect young adolescent girls and women, it is very crucial. She said,

Sex education at school for both boys and girls are surely a way ahead, we also need the same at community level so that more and more people are aware.

World Food Programme states that the COVID-19 and existing HIV pandemic are adversely impacting people living with HIV at every level, but more significantly in the areas of food and nutrition. It adds,

HIV weakens nutritional standing by undermining the immune system and disrupting nutritional intake or absorption. Malnutrition can exacerbate the effects of HIV and hasten AIDS-related illnesses in people living with HIV. Energy requirements of adults living with HIV are 10–30 per cent higher, while children living with HIV need 50–100 per cent more than their counterparts. Several studies have been done for assessing the importance of knowledge, attitude, and practices in Antiretroviral Therapy (ART), but only a handful of them have nutrition as the focus.

On the other hand, appreciating the efforts that have been made in India in last few years to manage AIDS, Dr Trupti Gilada, Infectious Disease Specialist from Masina Hospital, Mumbai said,

Though, it has been almost 35 years that mankind has been battling with HIV/AIDS, the last two decades have seen game-changing developments both in HIV management and prevention.

This, along with affordable treatment costs, did transform HIV from a deadly disease to a chronic manageable condition just like diabetes or hypertension. However, I do believe India though was very quick on adopting all the developments in HIV treatment, we have not kept pace with the scientific developments in HIV prevention. The only HIV prevention modes that continue to be known are ABC i.e. Abstinence, Be faithful (have just one partner) and Condoms. The first two just highlight the hypocrisy in our society, and it is only condom usage that played the main role in bringing down our numbers in new infections over the last 25 years.