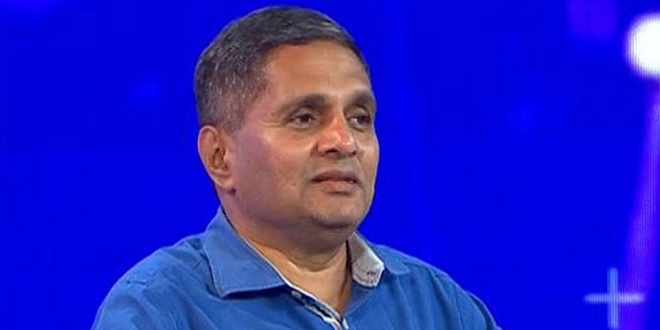 Drawing attention to mental health, Dr Harish shared some alarming statistics; according to the National Institute of Mental Health & Neurosciences (Nimhans) study, 1 out of 10 Indians are mentally ill. He added,

Across the country, 150 million people need immediate attention. There are only 10,000 psychiatrist and psychologists across the country and for them to reach 1.3 billion Indians is impossible. When people start talking about it, it is much better.

In a bid to bridge this gap between people who need help and the one who can help, Dr Harish suggests creating a mental health movement, one that is driven by masses and not by professionals.

Further talking about the root cause of depression, Dr Harish said,

Our entire system of education and work is so driven against mental health that corporates might put big posters about their vision and mission but their employees work for 12 to 14 hours. When our sleep and mood is compromised, what happens is depression. We need to identify stress earlier and beat it to prevent depression.

Though identifying individuals undergoing depression and helping them is the first and foremost step to prevent depression and save lives, one of the easiest solutions is ‘YESS’ which stands for Yoga, Exercise, Sleep and (doing) Something for the community. Exercise and yoga are two of the under estimated anti-depressants. But when there is a fracture of mind (severe depression), expert suggests forgetting yoga, and exercise and straight away seeking help from a psychologist or psychiatrist.

In my experience, young boys and girls who do little household work and something for the community have much saner mind than those who run after grades all the time and admissions all over the world, said Dr Harish.

Answering one of the frequently asked questions, how does one know if he/she is depressed, Dr Harish said,

One is depressed, if he doesn’t feel like going to work, when everybody is laughing he is not able to laugh or smile, or he is very irritable early in the morning, he feels either harming himself or somebody else, if sleep and appetite is less or more, or he feels that he is the cause of all the problems in the family, he feels hopeless, useless and worthless and sometimes he feels that its better dead than alive. Sometimes there are also rare symptoms that are pain and tiredness across the body, and extreme exhaustion without any physical reason.

Apart from these common symptoms, one can also undertake a psychological test called PHQ (Patient Health Questionnaire) 9 which has been validated in the country in more than 12 languages. An individual can rate oneself on the basis of the symptoms over the last 15 days. The final score of the test PHQ 9 suggests presence and varying levels of depression – mild, moderate, severe, among others.

Dr Harish signed off with a plea that people should initiate a conversation around mental health and said,

As many people die of depression as accidents. Help people share bad news early, when they put their emotions on table, help will reach them and they might be saved.