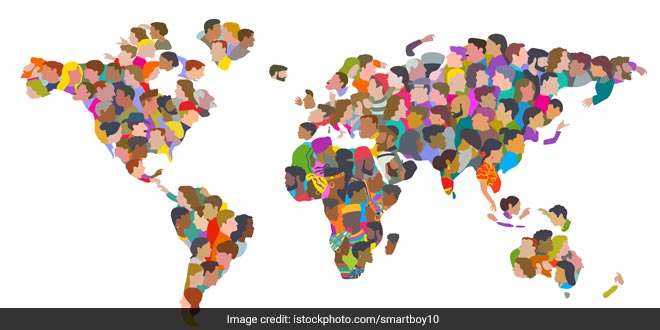 With a population of 177 million, India is the largest contributor to the 8 billion: World Population Prospects 2022

New Delhi: Our planet is now home to 8 billion people. November 15, 2022 will be etched in history as the global population reach 8 billion, signalling major improvements in public health that have lowered the risk of dying and increased life expectancy. United Nations Population Fund (UNFPA) believes the moment is also a clarion call for humanity to look beyond the numbers and meet its shared responsibility to protect people and the planet, starting with the most vulnerable.

It took about 12 years for the world population to grow from 7 to 8 billion, but the next billion is expected to take approximately 14.5 years (2037), reflecting the slowdown in global growth. World population is projected to reach a peak of around 10.4 billion people during the 2080s and to remain at that level until 2100.

Asia and Africa drove much of the growth and is expected to drive the next billion in 2037, while Europe’s contribution will be negative due to declining population. Interestingly, India, the largest contributor to the 8 billion (177 million), will surpass China, which was the second largest contributor (73 million) and whose contribution to the next billion will be negative, as the world’s most populous nation by 2023.

Here are some key facts related to India:

1. India’s population growth appears to be stabilising. The Total Fertility Rate — more or less the average number of children born per woman — has declined from 2.2 to 2.0 at the national level. A total of 31 States and Union Territories (constituting 69.7% of the country’s population) have achieved fertility rates below the replacement level of 2.1.

2. The main reasons for decline in fertility include: Increase in adoption of modern family planning methods (from 47.8% in 2015-16 to 56.5% in 2019-21) and a reduction in unmet need for family planning by 4% points over the same period. This indicates significant improvements in access to family planning related information and services. In summary, it shows that India’s national population policies and health systems are working.

3. India is a youthful nation with the largest cohort of young people anywhere in the world, with major potential to achieve its demographic dividend. While many parts of the world are ageing, India’s youthful population can be a global resource to solve global problems.

What does rise in global population mean?

We know that population growth is stabilising across the world. We should now focus on eliminating the unmet need for contraception, so that women can decide if they want to have children and if yes, when, how many and at what intervals. For countries with large populations like India, the challenge is to plan better for a happy and healthy future for all.

Ms Muttreja called to “broaden our view on the multidimensional relationship between the population and the planet.” She said,

Global evidence shows that a small portion of the world’s people use most of the earth’s resources and produce most of its greenhouse gas emissions. Over the past 25 years, the richest 10 per cent of the global population has been responsible for more than half of all carbon emissions.

UN has called for solidarity in advancing sustainable development for all. In an official press release, UN Secretary-General António Guterres said,

Unless we bridge the yawning chasm between the global haves and have-nots, we are setting ourselves up for an 8-billion-strong world filled with tensions and mistrust, crisis and conflict.

It further adds that for countries with continuing high levels of fertility, achieving the Sustainable Development Goals (SDGs), particularly those related to health, education and gender, is likely to hasten the transition towards lower fertility and slower population growth.

The reproductive health and rights of women and girls are key to ensuring societies thrive amid demographic changes. When we’re talking about population trends, we’re not just talking about census data or surveys–we’re talking about a woman’s right to make choices about her body and her future. The reproductive rights and health of women must be protected irrespective of demographic trends. Issues like climate change and access to health care disproportionately impact the most vulnerable, especially women and girls. This day should incite the global community to commit to cultivating a world in which all 8 billion of us can thrive equally.

India Pavilion Hosts A Side Event On “Transformative Green Education: Experiences” At COP27