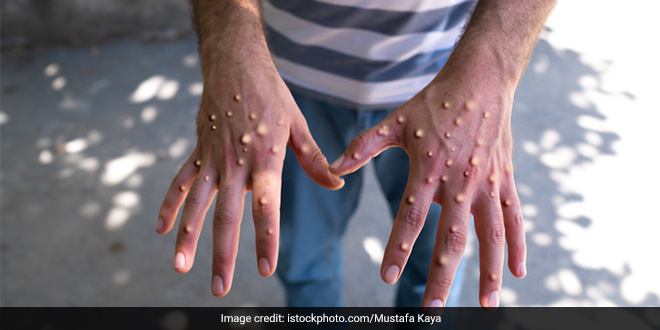 New Delhi: Three out of the five Monkeypox cases reported from Delhi had a history of heterosexual contact, said the preliminary study done by Indian Council of Medical Research (ICMR)-National Institute of Virology (NIV), Pune. “Cases 2, 3 and 5 shared the history of heterosexual contact within 21 days of onset of symptoms not under influence of drugs or alcohol,” revealed the study. However, the rest of the two cases amongst five have no sexual contact.

Cases 1 and 4 had denied any sexual contact, the study said.

On active surveillance of Monkeypox, the study said,

All the cases were mild and had good recovery. These Monkeypox cases suggest the underdiagnosed monkeypox infection in the community. This emphasises the need for active surveillance of MPXV in high-risk population such as Men having sex with men (MSM) and female sex workers (FSW).

All the cases denied a history of same sex contact or bisexual contact. This report describes the five cases of human monkeypox infection detected from India without any international travel history.

According to the report no sexually transmitted infections were found, but in one case HBV (hepatitis B virus) has been reported.

Four cases had nontender firm lymphadenopathy. No secondary complications or sexually transmitted infections were recorded in these cases except for HBV in one case, the report said.

All the cases were not vaccinated against smallpox or monkeypox virus. The confirmed monkeypox cases presented between 5-14 days post onset day (POD) of illness. Of five cases, three were male and two female with mean age of 31.2 years and presented with mild to moderate grade intermittent fever with myalgia.

The presence of high viral load in the lesion specimens of the cases demonstrates it as the best specimen type for the detection of MPXV DNA. However, OPS, NPS and urine were also found to be the other appropriate specimens. Considering the evolvement in the clinical presentation of monkeypox cases [single lesion/other symptoms without lesions/asymptomatic], OPS, NPS and urine samples could be utilized for the MPXV diagnosis, it said.

Fashion Beyond Boundaries: A Fashion Show To Promote Inclusion Of People With Disability