New Delhi: The backstage is buzzing with excitement and nervous energy. From last-minute fixes to touch ups, the designers and their models are all filled with anticipation as the countdown begins for the fashion show. After all, this is no ordinary fashion show, nor the models walking the ramp, the usual pros. 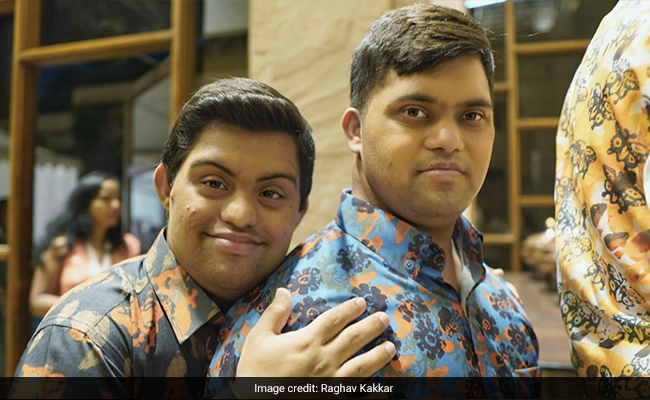 This year’s theme for the inclusivity walk was titled “Fashion Beyond Boundaries,” reflecting the acceptance of differences and unique abilities of every individual and their inclusion in society as equals.

For an industry known for its superficial parameters of beauty, Fashion Beyond Boundaries broke many stereotypes.

NGO Tamana is a Delhi-based non-profit voluntary organisation catering to the mentally challenged, multiple disabled, and autistic. It has been advocating the cause of people with disabilities for more than a decade.

For people with disabilities, the hardships and barriers can be more daunting than for others. They form the world’s largest minority community. And yet, when it’s about narrating their stories, they have either been reduced to detrimental type-casts or left out of the conversation.

Every year, the NGO hosts an event called “The Tamana Fashion Show,” which exhibits to the world the power of people with disabilities.

It is a fundraising event, as more than 50 per cent of the children in Tamana are both disabled and poor. The event is conducted to support the children, the services of physiotherapists, special educators, speech therapists, occupational therapists, logistics, etc.

This year, the ensembles adorned and exhibited by the NGO’s students on the ramp were adapted from the artwork series “Happy Colors”, created by National Awardee and Designer, Tamana Chona. 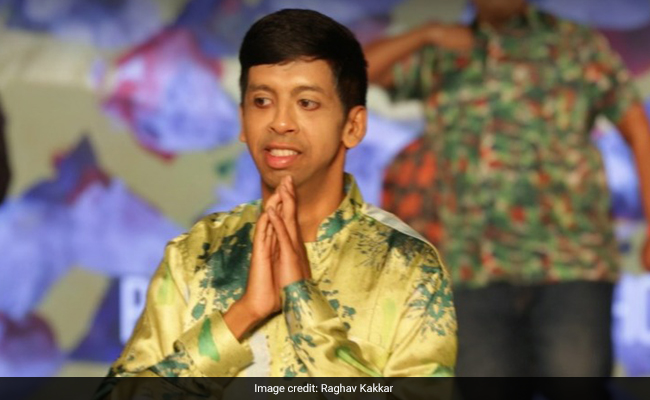 NGO’s theme for the inclusivity walk was titled “Fashion Beyond Boundaries,” reflecting the acceptance of differences

Staying committed to celebrating the beauty in diversity, our tireless efforts towards better representation of our diverse society have allowed for an increasingly inclusive society. Inclusion is about giving every member of our community a chance to reach their fullest potential to ensure that each of us is able to contribute fully to our collective success as well. The founding principle of this fashion show is quite simple: all are created equal. And inclusion creates a unity that goes beyond fashion. I thank every entity committed to celebrating the beauty in diversity.

The show saw various performances by Diwakar Sharma, one of the contestants from the SaReGaMa Little Champs show, and the NGO’s budding singing sensation, Rahul C Menon. 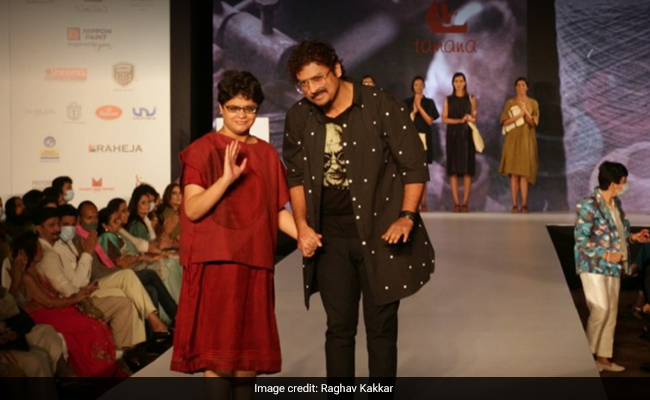 Also Read: One Little Finger, A Step Towards Integrating Persons With Disabilities Into Mainstream Cinema

This is one of the fashion shows very close to my heart, and I have been associated with it for the last 5-6 years. I feel it is so important to work for inclusivity. It is not just work, you really need to include people around you, be considerate of their emotions and talent. You can see Tamana as the inspiration, her creative works, etc. 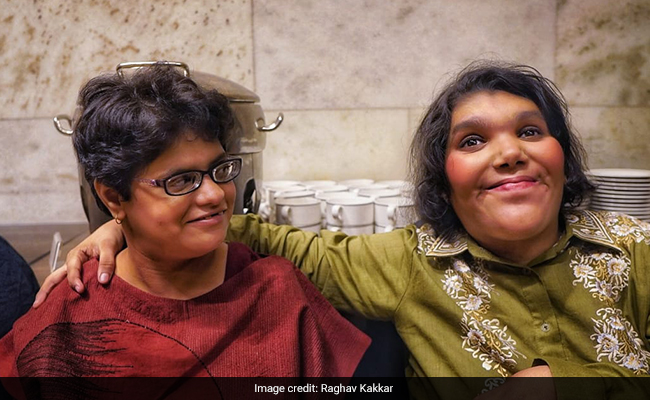 Tamana also honoured several philanthropists and good samaritans working towards the inclusivity cause.

This year, the FDCI’s theme was “Khadi and Handloom”. Through their creations, the designers attempted to display Khadi as the symbol of freedom of thought, bringing about a significant change in the lives of people.

The Fashion Design Council of India has been collaborating with Tamana NGO for many years now, hoping to integrate the feeling of oneness through the medium of design. This year, the theme is Khadi and Handloom. It is emblematic of freedom of thought, bringing about a silent but perceptible change, celebrating “Fashion Beyond Boundaries”. The objective of the FDCI by being a supporter of this event continuously is to ensure that the social barriers are broken through the medium of fashion.

Designer Anju Modi called ‘conscious fashion’ as the need of the hour. She said,

It existed 75 years ago and when Gandhi ji led the Khadi movement and must be continued today.

People still tend to create boundaries between the enabled and the disabled, and NGO Tamana works on bridging the gap. The organisation is equipped with in-house diagnostic facilities and offers an individualised educational programme for each student of the organisation.

Tamana has won several accolades, such as becoming India’s top autism centre. In 2017 and 2018, the NGO was honoured as the No. 1 Special School in the Education and Annual School Rankings.

Also Read:  ‘My Ability Is Stronger Than My Disability: How Shaurya Trust Foundation Is Skill Training And Empowering Persons With Developmental Disability