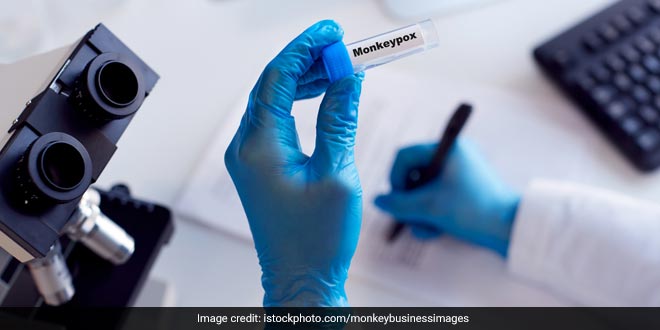 Last month, the WHO had declared a global health emergency over monkeypox

New Delhi: The World Health Organisation (WHO) has announced new names for variants of the monkeypox virus that are currently in circulation. This is to avoid causing any cultural or social offence, the WHO said in a statement.
The global health agency, World Health Organisation organisation (WHO), named Monkeypox variants as Clades I, IIa and IIb. Experts in pox virology, evolutionary biology and representatives of research institutes from across the globe reviewed the phylogeny and nomenclature of known and new monkeypox virus variants or clades.

The World Health Organisation (WHO) has announced new names to avoid causing any cultural or social offence.

Newly identified viruses, related diseases and virus variants are given names to avoid causing offence to any cultural, social, national, regional, professional, or ethnic groups, and minimize the negative impact on trade, travel, tourism, or animal welfare, said WHO said in a statement.

“A group of global experts convened by WHO has agreed on new names for monkeypox virus variants, as part of ongoing efforts to align the names of the monkeypox disease, virus and variants–or clades–with current best practices. The experts agreed to name the clades using Roman numerals,” said a statement issued by WHO.

“The group reached consensus on new nomenclature for the virus clades which is in line with best practices. They agreed on how the virus clades should be recorded and classified on genome sequence repository sites,” read the statement.

Consensus was reached to now refer to the former Congo Basin (Central African) clade as Clade one (I) and the former West African clade as Clade two (II). Additionally, it was agreed that the Clade II consists of two subclades.

Meanwhile, Delhi reported its fifth monkeypox case with a 22-year-old African woman testing positive for the infection, official sources close to ANI said on Saturday. The woman had travelled to Nigeria a month ago.

She was admitted to LNJP Hospital two days ago and her reports came out on Friday night, confirming that she was positive. She is the second woman in the national capital to contract the infection.

Four persons, including two women, are admitted to the LNJP Hospital with monkeypox while one patient was discharged from the facility.