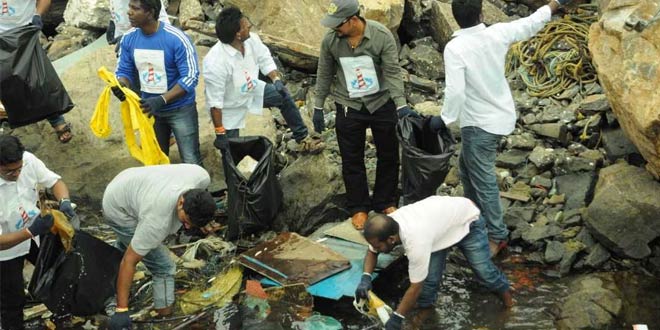 New Delhi: It is not for nothing that plastic waste has become the bane of existence and is threatening life on Earth. No where is it more apparent than in the fragile world of oceans. In August this year a shark washed up ashore on Kovalam beach, Kerala. A postmortem report revealed almost 50kgs of plastic in her belly. The cause of death is shocking but the sheer volume of plastic consumed by her highlights the sorry state of our oceans. This incident moved K. Vinod, a fisherman from North Chennai to act.

K. Vinod along with his nine friends started a beach cleanup drive that has now become a mass movement. Every Saturday and Sunday, youngsters from North Chennai gather and clean up the shores and corners of boat channels. The group now has 100 active members and aims to create awareness among people and clean up the shores. Apart from youngsters participating, Dr Jayacharan who provides free medical service has been a great mentor for the team. He acts like a brand ambassador for the young brigade. 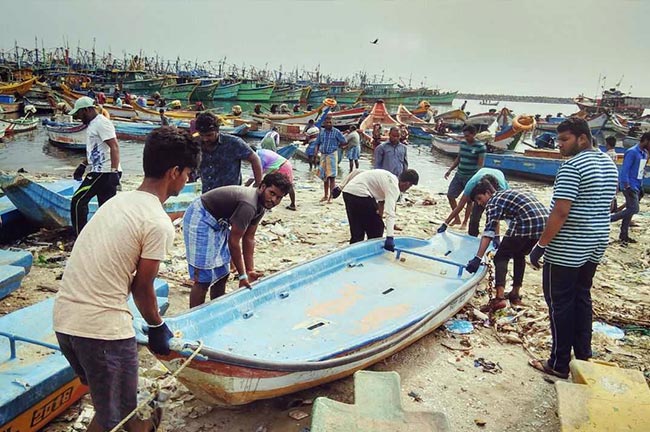 The reason behind starting this cleanup drive is fish food cycle. Waste like plastics, thermocol, nylon and bottlers thrown by common people in river and beaches gets into the ocean and it becomes food for fishes. The intake of plastic waste not only spoils fish reproduction, but also kills fishes, says G. Mohan, a social activist, a filmmaker and an active member of the group.

As of now, the brigade has successfully removed 2 tonnes of plastics and 2000 bottles and 100kgs of nylon from Kasimedu Fishing Harbour only. Now, the swachh brigade aims at cleaning the starting point of the fish food cycle, i.e., rivers.

In the coming week, we are planning to clean Kosasthalaiyar River located in Ennore. Cleaning Kosasthalaiyar River is a challenge for us as Ennore is the hub industries, mainly thermal power stations, fertiliser factories, industrial ports and coal yards. A lot of waste is generated through these industries and to clear that waste we need manpower, resources and a financial backup, says G. Mohan.

Further, talking about what the government can do to protect the rivers of India, beaches, oceans, and marine life, G. Mohan says,

Medical waste, human waste and chemical waste should not be allowed to mix in the ocean. It should be recycled or treated in whichever way possible. The government should not allow disposal of non-biodegradable waste in to the sea. 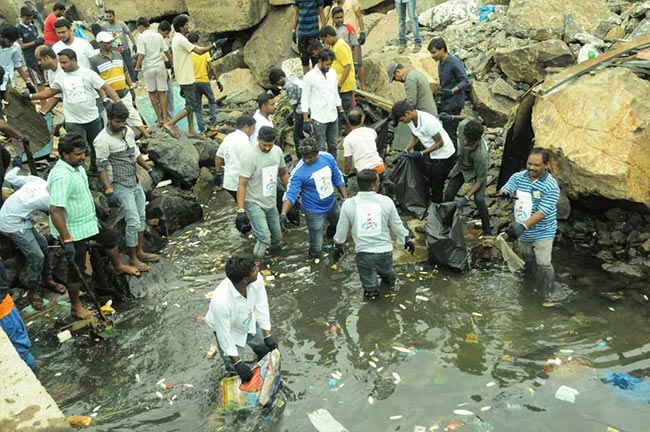 All around the world the oceans are becoming clogged due to unabated disposable of non-biodegradable waste. According to a 2014 study published in a Public Library of Science Journal, there are around 5 trillion pieces of plastic floating in the world’s oceans. According to World Economic Forum, if this continues, then by 2050, oceans will have more plastic floating in the world’s oceans than fishes.

Indian fishermen worship the Oceans, their lives and livelihoods depend on it. The current state of beaches might affect their livelihood in the coming years. We as an individual needs to pull up our socks.

Coimbatore To Create A Culture Of Cleanliness By Ranking Schools, Hospitals, Hotels And Markets