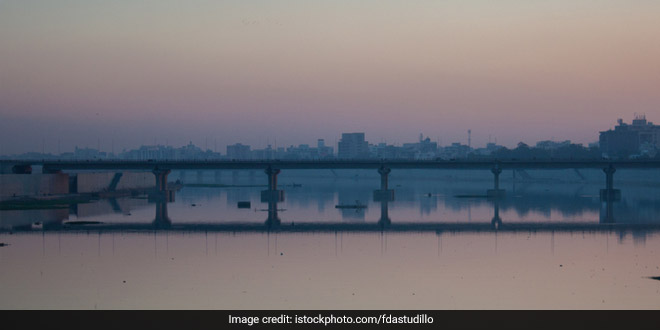 Ahmedabad: The Ahmedabad Municipal Corporation (AMC) is launching for the first time in decades a massive Sabarmati river clean-up campaign involving around 20,000 people on the World Environment Day on Wednesday. Municipal Commissioner Vijay Nehra told reporters on Tuesday that the five-day Swachh Sabarmati Maha Abhiyan would be kicked off by Chief Minister Vijay Rupani at Subhash Bridge. He said, “We had invited people’s voluntary participation in the effort on the first day of the campaign. But looking at the overwhelming response, it will be for five days till June 9.”

Mr. Nehra said that the AMC had contacted religious, social and industry associations and invited them to participate.

We have made elaborate planning and made arrangements to deploy sufficient equipment and machinery.

The clean-up drive will be taken in the stretch between Subhash Bridge and Dadhichi Bridge on the first day. The AMC has made arrangements to provide drinking water, buttermilk and medical assistance at 10 points on the entire stretch in view of the hot weather.

Mr. Nehra said that the campaign had started by first flushing out the water in the river to the downstream area by opening the gates of Vasna barrage and also by deploying heavy-duty pumps to clear dead water.

He said that the AMC had diverted wastewater lines and prevented dumping of waste in the Sabarmati on a permanent basis. He added,

Garbage collection drive is the final phase of Swachh Sabarmati Maha Abhiyan, which marks the 150th anniversary of Mahatma Gandhi.

Related Topics:
Gujarat River Clean Up river pollution
Up Next

‘India Can Replicate China’s Plan To Tackle Pollution’, Says A Report By A Chinese Policy And Advocacy Group