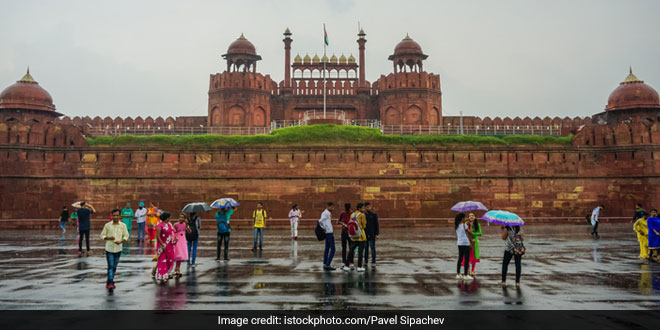 New Delhi: Delhiites woke up to a cool and breezy Tuesday morning in the national capital following light rain in the past 24 hours, making the weather pleasant after a long spell of intense heatwaves. With the respite in the weather, the showers also brought relief to the air quality of the city as it helped wash away pollutants. The current air quality index (AQI) of Delhi, according to Central Pollution Control Board’s Sameer app, is 96 which is considered as ‘satisfactory’, which was earlier ranging between ‘moderate’ and ‘poor’ amidst the heatwaves.

When it comes to the other parts of the national capital region (NCR), Ghaziabad’s AQI stands at 82, Greater Noida is at 95, Gurugram is experiencing an AQI of 129, Faridabad is at 110 and Noida stands at 134.

The improvement in the air quality, as confirmed by the India Meteorological Department (IMD) is due to the rains. The department further noted that in the past 24 hours, Delhi saw a rainfall of 10.6 mm, which also brought down the temperature to 20.6 degrees Celsius. The air quality index is likely to hover between ‘satisfactory’ and ‘moderate’ through the week as the coming days are expected to be partly cloudy and gusty winds are expected at a speed of 30-40 kmph.

The weather is being credited a western disturbance over Pakistan and effects of cyclone Vayu, which is bringing moisture laden winds to north India, an IMD official told IANS.

Northern states such as Punjab and Haryana also observed an improvement in the air quality following instances of light rains. The AQI in Patiala was recorded at 58, Panchkula at 64, Sonipat at 73, Ambala is at 73, Bhatinda at 92 and Hisar is at 89.

The Dire Issue Of Air Pollution In India