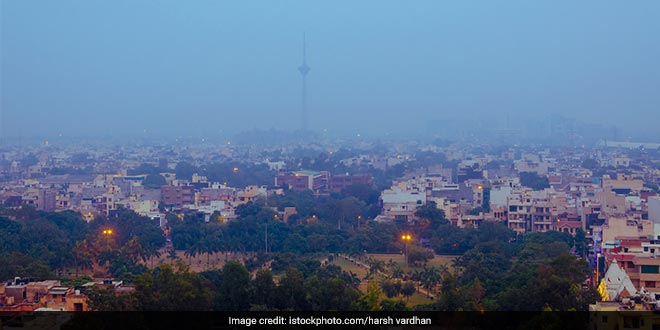 New Delhi: In its endeavour to implement the National Clean Air Programme (NCAP), launched to tackle the air pollution menace in the country, the Centre has constituted a steering committee. In an order issued recently, the Ministry of Environment, Forests and Climate Change (MOEFCC) announced that the committee will be under the chairmanship of its Secretary, C K Mishra, and will have one chief secretary each from over 20 states and union territories, including Delhi, Jammu and Kashmir, and Uttar Pradesh, as its members.

The other members on the panel will include the additional secretary and joint secretary from the ministry, the chairman of the Central Pollution Control Board, the director general of The Energy and Resources Institute (TERI) and an Indian Institute of Technology (IIT) Kanpur professor.

The committee will provide overall guidance and directions for effective implementation of the NCAP for each financial year, the ministry said, adding that it will also review the progress of the programme. It said,

The committee will approve the budget for NCAP and also approve the annual action plan for NCAP submitted by the state governments.

It further said the committee, which will have its headquarters in Delhi, will ensure inter-ministerial or organisational cooperation and sharing of information and resolve issues under the NCAP. It said,

The committee may co-opt any other person as and when required.

The NCAP was launched by the MOEFCC on January 10 this year as a time-bound national-level strategy to address the air pollution problem across the country in a comprehensive manner.