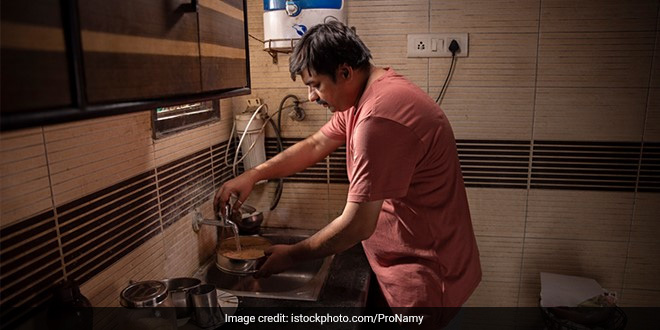 Washington: Indoor air quality can be affected by cooking and cleaning, as per researchers of Colorado State University (CSU). The results of the study were published in the journal, ‘Environmental Science & Technology’. A large, collaborative research experiment that attempted to map the airborne chemistry of a typical home took place in 2018 and was co-led by Delphine Farmer, associate professor in the Department of Chemistry at CSU.

The experiment, called HOMEChem, brought 60 scientists from 13 universities to a test house at the University of Texas at Austin to perform typical home activities like cooking and cleaning and to use sophisticated instrumentation to document the chemistry that resulted.

Ms. Farmer’s team at CSU has taken the massive amounts of data collected during HOMEChem and sorted it out by health effects. They identified how many compounds they observed that are known human toxins, or, based on newer Environmental Protection Agency models, predicted to be likely human toxins.

Most such compounds are emitted in low quantities and can be cleared through proper ventilation. But the health impacts of both the individual compounds and their complex mixtures indoors are not well understood by scientists.

The bottom line? Indoor air isn’t going to kill you, but we do find that indoor air has many more – and often times at higher levels — known and potential air toxics versus outdoors, particularly when you’re cooking, said Ms. Farmer, an atmospheric chemist who, before this experiment, had spent the majority of her career measuring more “traditional,” outdoor air toxics.

The feat of data management for meaningfully connecting the data from HOMEChem to toxins databases was led by co-author Anna Hodshire, a former CSU postdoctoral researcher with skill in analysing data from atmospheric instrumentation.

I think it’s very interesting that there are so many compounds emitted from common household activities, and that the majority of these compounds have not been studied from a toxicity perspective. This doesn’t automatically mean that all of these compounds are toxic – but it does point to the fact that a lot more work needs to be done to assess some of the compounds that are emitted frequently in high concentrations from household activities, Ms. Hodshire said.

From the vast array of compounds measured during HOMEChem, there emerged the usual suspects, like benzene and formaldehyde, in varying quantities. The lesser-known acrolein, which is a pulmonary toxicant emitted by lumber and heating of fats, came to light as a potential compound of interest for further investigation, Ms. Farmer said.

Another compound that emerged from Ms. Hodshire’s analysis was isocyanic acid, which is not well studied and is known to react with proteins in the human body.

The researchers found that cooking activities produced larger amounts of potentially toxic compounds, similar to some seen in wildfire smoke — which made sense to Ms. Farmer, when you think of a wildfire as just an “extreme form of cooking.”

Gaps in understanding of everyday toxins

Contributing to the body of knowledge around indoor air chemistry through the HOMEChem experiment has given Ms. Farmer and her team a newfound appreciation of just how much is missing of our understanding of our everyday exposures to potential toxins.

We have done our part now, and hopefully there’s enough information for others to pick up the charge and see what compounds are important to study, Ms. Farmer said.

Ms. Farmer and collaborator Marina Vance from the University of Colorado Boulder led a follow-up experiment to HOMEChem in 2022 called CASA, which delved further into how chemicals emitted indoors react with surfaces such as floors, walls and furniture. Results from that experiment are forthcoming.