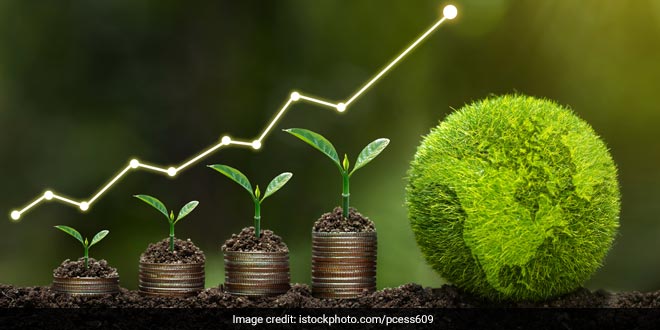 At COP27, what many climate campaigners saw as an unambitious final deal was redeemed by agreement on a "loss and damage" fund to help developing countries

Sharm El-Sheikh: The biggest deal to date to forge the kind of private-public sector low-carbon collaboration sought at U.N. climate talks promises $20 billion to shut down Indonesian coal-fired power plants – and it’s a drop in the ocean. Estimates of how much external funding emerging nations need to adapt to the ravages of climate change are around $1 trillion a year by 2030, one report released during the COP27 conference that ended at the weekend found. Most of the deals sealed on the sidelines were relatively small, though the Egyptian hosts, who retain oversight of the U.N. process until COP28 in the United Arab Emirates next year, hope to have laid the foundations for more.

When you see the announcements, it never feels significant enough. And pretty much as soon as the announcements are made, there’s that feeling that … it’s a drop in the ocean of what’s required.

The Indonesian deal, announced at G20 talks in Indonesia that overlapped with COP27, brings together public and private money and is more than double the $8.5 billion pledged for a similar agreement with South Africa at climate talks in 2021.

Both are badged as a Just Energy Transition Partnership (JET-P) – one of the many types of financing that have been engineered by those trying to bridge the enormous climate financing gap.

Getting the second JET-P done during COP27 was seen to have injected energy into the U.N. negotiations on helping developing countries finance their shift to low-carbon energy.

At Sharm el-Sheikh, what many climate campaigners saw as an unambitious final deal was redeemed by agreement on a “loss and damage” fund to help developing countries. It tempered the bitterness caused by the rich world’s failure to meet a pledge to provide $100 billion a year in climate finance to emerging markets.

In 2020 it paid only around $83 billion, the Organisation for Economic Co-operation and Development’s most recent estimate found.

The hope of the wealthy nations is that leveraging private sector money will ultimately prove to be enough.

Governments are particularly keen for private investors to contribute to what they call “blended finance”, whereby states or development agencies form partnerships with the private sector to deliver projects such as solar power or helping farmers struggling with drought to switch to less water-intensive crops.

So far, the biggest cheques are still being written by governments.

“We need to get better coordination between public and private moving at the same time,” EY’s Doepel said.

Developing countries keen to secure private sector investment could yet find an answer in another financing model Egypt unveiled, which is meant to build on the JET-Ps.

Its plan, dubbed the Nexus of Water-Food-Energy, together with a second platform for transport and environment projects, has so far secured nearly $10 billion worth of pledges for climate finance covering nine projects.

A global team of high-level climate champions, designated by the United Nations to lead change, is trying to involve investment banks and other private sector investors, as well as governments and aid bodies in more than 100 projects across four continents.

Directly after the end of this month, we’ll be pushing into realising these programmes.

While Egypt is seeking to lead and others such as Mexico have laid out a clear plan detailing how they would move to a low-emission economy, most have yet to do so, making it hard for investors to assess the risks and opportunities.

“If a country has a transition plan, then … the private sector will know what it can finance,” said Jon Williams, Global Banking & Capital Markets ESG Leader and chair of the UK Sustainability & Climate Change practice at consultants PwC.

Further confidence could also come from the bold reforms many at the COP27 are pressing for to shake up the development banks and remove bottlenecks in the system that delay the release of funds.

Despite the relative lack of big announcements, smaller deals were presented at COP27 ranged from car-makers promising to end gasoline-powered vehicles to clothing retailers saying they will buy more climate friendly fibres.

Others focused on removing policy or market hurdles to investment.

Japan, Germany and the United States were among countries to say they would work together to clarify steps needed to decarbonise high-emitting sectors such as steel, power and transport.

Mindy Lubber, chief executive of sustainability non-profit Ceres, said these kind of deals were in their own way as important as the headline-grabbing “grand commitments”.