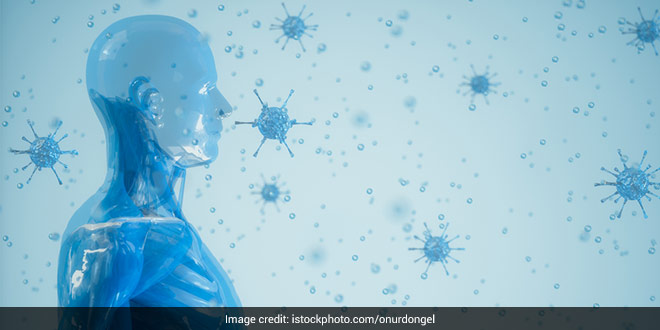 COVID-19 pandemic: The researchers analysed more than 200,000 people who tested positive for SARS-CoV-2 during each of the Alpha, Delta and Omicron waves

London: People previously infected with the SARS-CoV-2 virus still benefit from vaccination against COVID-19, gaining 60 per cent to 94 per cent protection against reinfection, according to a study. The research, published in the journal PLOS Medicine, analysed infection and vaccination data from nationwide Danish registers. The data included all people living in Denmark who tested positive for the virus or were vaccinated between January 2020 and January 2022.

The researchers at Statens Serum Institut, Denmark, analysed more than 200,000 people who tested positive for SARS-CoV-2 during each of the Alpha, Delta and Omicron waves.

In our study we find a significant vaccine effectiveness against SARS-CoV-2 reinfection, and this shows the importance of vaccination also for those who might be protected by natural immunity.

These findings show vaccination protected people against SARS-CoV-2, over and above the protection offered by natural immunity during all three waves of variants.

The researchers noted that the study was too short to determine whether the vaccine protects against severe outcomes, such as death and hospitalisation. Future studies with longer follow-up times will be necessary to answer this question, they said. From a public health perspective, these insight into vaccine effectiveness can help decision makers plan the timing and execution of vaccination strategies to make them most effective, according to the researchers.

“Even though vaccination seems to protect to a lesser degree against reinfection with the Omicron variant, these findings are of public health relevance as they show that previously infected individuals still benefit from COVID-19 vaccination in all three variant periods”, they added.

Analysis: Drops Of Climate Finance Start To Fill An Ocean Of Need