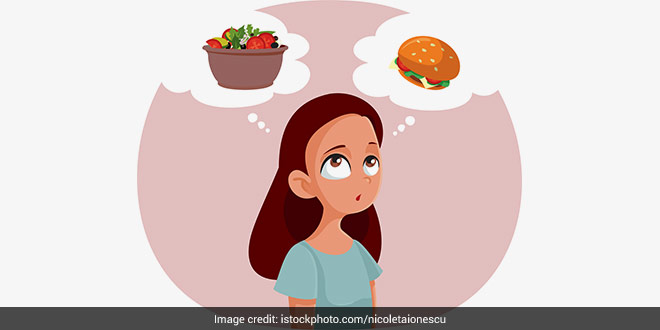 You will agree that we live in societies and environments that make us believe that it’s all your fault—if you could only control your eating and exercise enough, you would not be fat. But honestly, this isn’t the case. Let me explain.

The food you eat feeds the trillions of bacteria inhabiting your gut. What you choose to eat between, say, a peanut butter sandwich and a tuna subway roll will determine what your gut microbes are and what they do. Multiple other factors also interact with each other and exert their effect on the ‘microbiome’, the scientific term for the eco-system of gut microbes. But diet is considered to be the biggest determinant of these tiny dwellers. And if that is so, isn’t it fair enough for them to develop some strategies to promote their interests? Instead of passively accepting whatever you send their way, it influences you—the host—to eat what they would like to gorge on. So, let’s say, it’s a burger on their mind for dinner tonight. You would develop cravings for a big fat burger at the dinner table. Therefore, blaming yourself and your ‘will power’ for giving in to the sudden pang for chocolates or salty chips is faulty, outdated and passé to say the least. The bacteria in your gut control the frequency and intensity of food cravings.

Have you noticed that you often crave foods that are already dominating your diet? For instance, if you are used to drinking coffee every morning, then you start craving it as soon as you wake up, so what if your nutritionist asks you to not start your day with coffee? Your microbes want it. And that’s because when you have been eating certain foods for some time, the resultant bacterial mixture in the gut also asks the brain to supply more of the same foods. Your microbiome helps to generate cravings for more of those foods to keep the bacterial mixture in the gut as it is. So, when you crave your usual chips and colas after being on a ‘clean’ diet for three days, perhaps it’s your microbes telling you to go for it. It’s like a vicious circle: You try to eat healthy to feed your microbes well, but behind the scenes, the microbes are guiding your uncontrolled cravings for junk and unhealthy foods, making it difficult for you to course-correct. You see, you may not value them but they have many clever tricks up their sleeves, one of which is scientifically termed as the ‘Gut-Microbiota-Brain Axis’.

The Gut-Microbiota-Brain axis is how microbes manipulate your eating behaviour. Your gut and brain communicate bi-directionally, via the vagus nerve, providing a possible pathway for gut microbes to influence food cravings and choose the menu for the day for you. Via the GMB axis, your microbes know how to make you feel happy, satiated or feel like crap post a meal. That’s because bacteria from our gut microbiota regulate the synthesis of certain chemicals called neurotransmitters, that influence how we feel, what we crave, etc. As an example, the crazy cravings during pregnancy (Think Preity Zinta from Salaam Namaste) that are often completely different from the woman’s normal preferences are due to the change in the microbial cocktail in her gut. The hormonal shifts that drive pregnancy also affect the composition of the mother’s microbiota, as a result of which she develops an aversion to foods that once made her happy and cravings for those she never liked to have!

It is true that your gut microbes shape food cravings and affect your food choices and your health. But what is also true is that you have the power to reshape and rebalance your microbiome. We all have! For starters, you can begin with diet diversity. Chuck dietary monotony and embrace diversity in your meals. Variety is key.

Recent findings from the American Gut Project have revealed that the more diverse your meals are, the more diverse your microbiome would be—i.e. having a variety of species of bacteria. When you have a diverse community in your belly, it prevents an obnoxious microbe from dominating and pushing hard on your buttons. A rich microbiome dominated by multiple species would mean lesser concerted manipulation of eating behaviours, leading to lesser cravings and that ultimately leads to better food choices and health. Therefore, simply including whole grains, lentils, fruits, veggies, etc in your diet doesn’t work—unless you ensure they aren’t the same few kinds all the time. For example, the diet industry has unleashed a new wave of concern for ‘sugar’. The masses are either participating in a 30-Day No Sugar Challenge or busy replacing all the sugar with ‘healthier’ jaggery. The concept of diet diversity is instead based on inclusion—inclusion of a variety of all foods.

Therefore, when it comes to sugar also, instead of eliminating it entirely, it is important to alter between different forms so that you don’t end up having an excess of any one kind. The weekly routine I suggest is: Of seven days a week, have honey for four days, jaggery for two days and unrefined sugar for one day. The same is the case with indigenous varieties of fruits, vegetables, pulses and millets as well. The good thing is trying to eat variety ends up being easy on the pocket as well! Since most of them are lesser known, they aren’t sold at an exorbitant price. A win-win situation for you, I would say. So, what are you waiting for? Hope you make a change this new year. Good luck!

(About The Author: Munmun Ganeriwal is a National Best-selling Author, Celebrity Nutritionist and Gut Microbiome Specialist.)