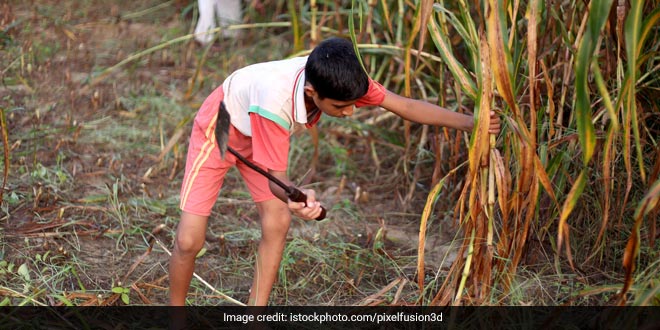 When compared with the macronutrient contents of major cereals, millets are nutritionally similar or somewhat superior

Humanity is staring at a mammoth food security or hunger crisis created by several factors. But climate change is making a sweeping impact on food production and food systems. Declining crop production and loss of biodiversity are ripping off the nutritional value of our food. According to a study titled, ‘Millets: a solution to agrarian and nutritional challenges’, published in Agriculture and Food Security, the less fertile soils in dryland — where about 40 per cent of the global population lives — are predicted to increase by 50-56 per cent by the turn of the century. It is ironic while millions are hungry and nutritionally insecure, lifestyle and unhealthy choices continue to drive obesity and micronutrient deficiencies.

Also Read: POSHAN Maah 2022: The Obesity Challenge And How To Combat It With Diet

There is a substantial buzz and interest around millets as a win-win crop or produce, with its farm-to-fork/shop value chain. It is indeed a fact that one cannot overstate the role of millets in achieving sustainable food and nutrition security.

The references to millets can be traced back to Indus Valley Civilization! So, millets are neither a new ‘super food’ nor a short-lived craze that suddenly people are talking about. I do remember, sitting with my grandmother and observing intensely how she used to make Jowar rotis every day for herself and my grandfather, as they would not eat wheat rotis in lunch. The vacations were a sneak peek into their lifestyle, which as we see now, was much healthier! Thirty years back, coming to Delhi, I do also remember my quest for ‘Ragi’ the finger millet, as you would not find it easily in markets- and wanted to give it to my children to help them during ‘teething troubles! Many communities in India traditionally eat millets as part of festivities and deeply ingrained in the social fabric.

Despite this, area under millet production declined substantially between 1950 to 2005. Changes in policies, provision of subsidies and minimum support prices for some crops and shifts in preferred diets of people gradually confined millets production and consumption to a few communities such as tribal populations. This traditional crop was labelled as poor man’s food, negating all its benefits.

The scenario started changing again in the last decade. The non-communicable diseases such as diabetes, hypertension, and Coronary Heart Diseases (CHD) are on the rise, predominantly among the urban population and the millets are back in demand. With the world becoming warmer, increasing water scarcity, lesser land availability for cultivation, and growing needs for food due to population growth, millets presented an opportunity to vulnerable countries to ensure sustainable food security.

Millets can grow on shallow, low fertile/saline soils, and have a low water requirement and shorter growing period of 60-90 days. Millets fall under the group of C4 cereals that take more carbon dioxide from the atmosphere and convert it to oxygen and hence are more environmentally friendly. Millets can be stored for a longer period under ordinary conditions and thus can be used as ‘famine reserves’, which is important for rain-dependent smallholder farmers. Millets indeed are a crop of the future.

Millets, Or Wheat Or Rice? Who Wins In The Nutrition Race?

When compared with the macronutrient contents of major cereals, millets are nutritionally similar or somewhat superior. The millets are gluten-free proteins with high fibre content, low glycaemic index, and rich in bioactive compounds which makes them a suitable healthy alternative. Studies quote that the mineral content in millets ranges from 1.7 to 4.3 g/100 g, which is several times higher than the staple cereals like wheat (1.5 per cent) and rice (0.6 per cent). Finger millets have about eight times higher Calcium content than wheat, Barnyard millet, and pearl millet are rich source of iron, and foxtail millets contain the highest content of zinc among all millets. They are also a good source of β-carotene and B-vitamins especially riboflavin, niacin, and folic acid. The thiamine and niacin content of millets is comparable to that of rice and wheat. The anti-nutrient properties of millets can be minimized by necessary processing. The incorporation of millets into the diet can help to eradicate multiple nutritional deficiencies. Rightfully, these coarse cereals are now termed as nutri-cereals.

The question often asked is should millets replace rice and wheat in our diet for better health and nutrition. The focus and key to a healthy diet should be a diversified nutritious diet and not replacing grain entirely with others. It is in this sense, that there is a need to bring the millets back on plates of consumers at all levels- rural, urban, and various socio-economic groups across different ages. Millets make for deliciously refreshing replacements and can be easily included in breakfasts, snacks, and meals. A lot of work has been done by various agencies across India in reviving traditional recipes and aligning them with the tastes of a new generation. The ‘Mapping and Exchange of Good Practices in Millets’, the initiative launched by WFP and NITI Aayog attempts to bring such good practices, not just in recipes but across the value chain to the forefront for accelerated learning and knowledge exchange.

The climate and nutritional challenges are complex, and millet certainly should not be looked at as a magic bullet. It is a promising alternative to sustainable food and nutrition security. The challenges are both demand and supply side and across the value chain, but the Government of India has been promoting millets through various schemes and supports provided. India’s foresight in observing 2018 as a national year for millets and then taking global leadership to harness the full potential of millets to declare 2023 as the International Year of Millets at the United Nations General Assembly is a step in the right direction. This has provided an opportunity to join hands and create awareness of the environmental and health benefits of millet through the combined efforts of more than 70 countries and multiple stakeholders.

Leveraging India’s position as the largest producer and second largest exporter of millets, the efforts emanating from the national level schemes and policies, at the state level through millet missions and other initiatives, active engagement of ICAR institutions and vibrant civil society, and innovative private sector, mainstreaming millets prominently in the food systems appears as an achievable target. Declaration of Minimum Support Price for millets, efforts to include it in the food-based safety-nets, providing training and investments in developing products, brands, and entrepreneurship skills among the millets growers are creating an enabling environment. It would need concerted efforts, collaborative actions, and resources to realize in 2023 itself.

Traveling through the rural areas of Tamil Nadu, Andhra Pradesh, and Odisha, women farmers do talk fondly about growing millets and how that is becoming a profitable proposition. The stories are inspiring and empowering. With the emerging scope of value-added products, growing demand, opening of new avenues with stronger market linkages, use of technology that reduces earlier drudgery, and overall enabling environment, millets appear to contribute hugely to women’s empowerment.

Millet in a true sense is the crop for the future.

(About The Author: Pradnya Paithankar is the Sustainable Development Goals Manager at United Nations World Food Programme. Working in one of the world’s largest humanitarian organisation in the world, WFP, and earlier with National AIDS Control Organization (NACO),CARE, Pradnya has experience of handling large scale projects in the space of nutrition and health and HIV/AIDS.)

Opinion: How Does Poor Mental Health Take A Toll On Creativity And Productivity Of Indian Employees