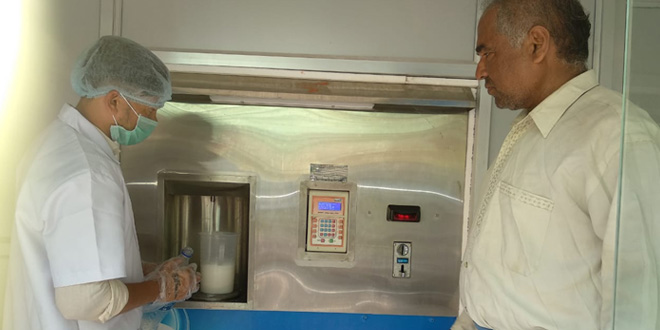 New Delhi: Why single out just the single-use plastics like carry bags, straws and cutleries and ignore the other forms of plastics like the ones used in packaging of water and milk pouches? This was the question posed by residents of Ganjam district in Odisha to their local authorities. This happened earlier in June, when Odisha’s Ganjam district resolved to do away with the plastic menace by imposing a ban on single-use plastic carry bags and disposable tableware and cutlery, it was then the residents and manufacturers raised the issue of plastic packaging including water and milk pouches. Vijay Amruta Kulange, Collector and District Magistrate, Ganjam District, says,

As part of the ban, we were going door-to-door, creating awareness among people about the harmful effects of using plastic, asking citizens to replace plastic carry bags with cloth, jute or paper bags and fining people for using banned plastic. Amidst that, wherever we went, almost everyone raised the issue of plastic packaging and asked ‘what about milk and water pouches? They are also made of plastic’?

These queries got the administration to work towards taking concrete steps of banning water pouches. The simple decision received outrage from some of the manufacturers (especially the one manufacturing water pouches), asking for a similar ban on milk packets. Though milk pouches are made of food-grade plastic and low grade recyclables, they are often found lying unattended on the landfills. An innocuous question made district administration brainstorm and establish Odisha’s first milk ATM in Berhampur city. The concept of milk ATM is very much similar to milk booths, where people pay and buy milk in their own containers. Talking about the same, Mr Kulange says,

At milk ATM we provide pasteurised milk at a cost of Rs. 40 per litre and consumers can buy as little as 250 ml for Rs. 10. Just like regular ATMs, our milk ATM also provides its services throughout the day (24×7).

We are providing land, GGGMU is investing in the machinery that is the milk ATM costing Rs. 6 lakh and TATA Foundation is providing for the infrastructure. We have been able to tie up with dairy farmers through the milk union itself. 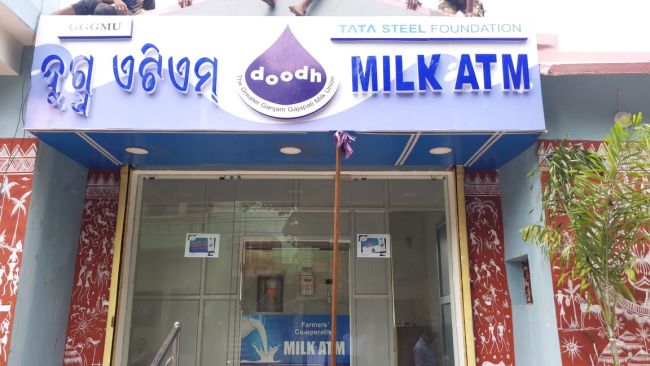 Milk ATM that was installed in early July and has received positive feedback from both citizens and experts. Migrant labourers and underprivileged are the major beneficiaries as they can buy milk whenever they want and in whatever quantity, states the district administration. Citizens are making use of the milk ATM is evident with the daily average sale of 300 litres.

We have seen school students and daily wage labourers procuring milk from the ATM. I would like to attribute the wide acceptability to quality and hygiene we are ensuring at the ATM. Earlier, milk produced in the district would go out of the district for the purpose of packaging and then it was sold within the district. Between packaging and sales, there was a chance of adulteration, which is eliminated now, says Mr Kulange.

Considering the positive feedback from the citizens, the district administration is planning to install two more ATMs in the city. Land for the same has been identified and the installation process will begin soon. Sharing her views on the initiative, Chitra Mukherjee, Head, Advocacy and Policy, Chintan, says,

Milk bags used to be picked up by waste pickers and sold for recycling at Rs.10/12 per kg until a few months ago. But it is slowly losing recyclable value as there are higher quality plastics flooding markets due to the import of plastics from richer countries despite a ban on this. So milk bags will soon be only fit for disposal in landfills as they will not be picked up by waste pickers due to lack of a market. Hence, the move to initiate milk ATMs which do away with the need for plastic milk bags of low quality is welcome. This is in sync with the Prime Minister’s pledge to phase out single-use plastics by 2022.

Milk ATM has not completely phased out the use of packed milk in the district as only one ATM has been installed so far and the district administration believes that it is just the start and change in behaviour, habits, and attitude takes time.

Related Topics:
Odisha Plastic
Up Next

68 Per Cent Of Child Deaths Under Five Years In India Caused By Malnutrition In 2017: Study