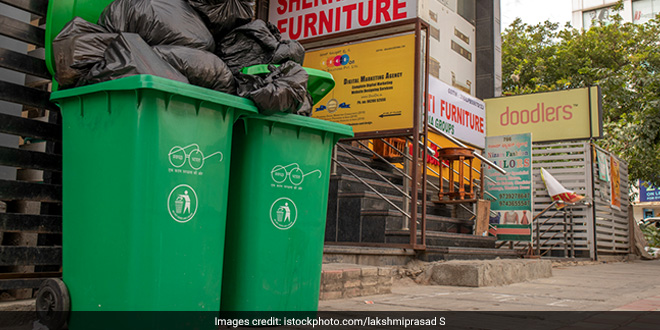 New Delhi: The Union Cabinet has approved Phase II of the Swachh Bharat Mission (Grameen) till 2024-25 to focus on Open Defecation Free Plus (ODF Plus), which includes ODF sustainability and Solid and Liquid Waste Management (SLWM). The programme will also work towards ensuring that no one is left behind and everyone uses a toilet, Union Information & Broadcasting Minister Prakash Javadekar said while briefing the media after the Cabinet meeting chaired by Prime Minister Narendra Modi.

SBM-G Phase-II will also be implemented in a mission mode with a total estimated budgeted financial implication of Rs 52,497 crore for the period from 2020-21 to 2024-25 including the Central and state shares.

In addition to this, the 15th Finance Commission has proposed earmarking Rs 30,375 crore for rural water supply and sanitation to be implemented by rural local bodies for the upcoming financial year. The ODF Plus programme will also converge with Mahatma Gandhi National Rural Employment Guarantee Act (MGNREGA), gram panchayat, especially for greywater management and will also complement the newly launched Jal Jeevan Mission.

Under the programme, provision for incentive of Rs 12,000 for construction of Individual Household Toilet (IHHT) to the newly emerging eligible households as per the existing norms will continue. Funding norms for Solid and Liquid Waste Management (SLWM) have been rationalised and changed to per capita basis in place of number of households.

Additionally, financial assistance to the Gram Panchayats (GPs) for construction of Community Managed Sanitary Complexes (CMSC) at village level has been increased from Rs 2 lakh to Rs 3 lakh per CMSC.

The SBM-G Phase II will continue to generate employment and provide impetus to the rural economy through construction of household toilets and community toilets, as well as infrastructure for SLWM such as compost pits, soak pits, waste stabilisation ponds, and material recovery facilities.

The rural sanitation coverage in the country at the time of launch of SBM-G on October 2, 2014 was reported as 38.7 per cent. More than 10 crore individual toilets have been constructed since the launch of the mission, as a result, rural areas in all the states have declared themselves ODF as on October 2, 2019.

The Department of Drinking Water and Sanitation (DDWS) has, however, advised all the states to reconfirm that there are no rural households that still don’t have access to a toilet, and provide the necessary support to any such identified households to build individual household toilets in order to ensure that no one is left behind under the programme.

Replacing Single-Use Plastic, One Leaf At A Time: This 20-Year-Old’s Invention Can Help Tackle The Rising Plastic Waste Crisis