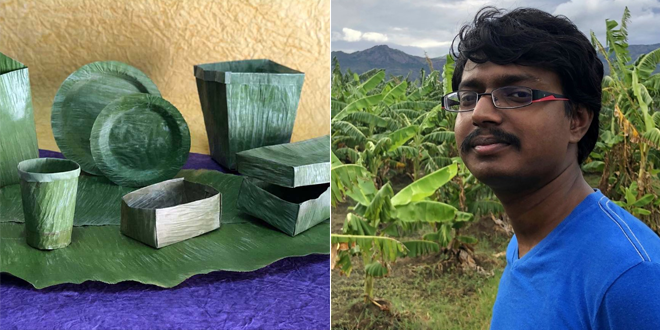 New Delhi: With rising global concern over the increasing plastic waste and the harm being caused by it to the environment, governments around the world have started banning single-use plastic and thereby pushing the need to identify eco-friendly alternatives. In a bid to provide an eco-friendly and zero-waste alternative to single-use plastic, 20-year-old Tenith Adithyaa, a scientist from a remote village of Watrap, Virudhunagar District, Tamil Nadu has invented ‘Banana Leaf Technology’. This technology enhances the physical properties of banana leaves which can help in using it to replace plastic and paper and can last up to three years. Not only can this help in tackling the plastic crisis and saving trees from being cut for paper making, it can also become fodder for the cattle at the end of its use instead of becoming a burden on the landfill. The banana leaf technology can also help farmers gain additional income as the commercial use of banana leaves increases.

While talking to NDTV about his journey, Tenith said that it all started at the age of 10, when he got to know that farmers in his village throw away large chunk of banana leaves and only a fraction is utilised for domestic use. On observing that most farmers in his village were poor and were looking for methods to increase their income, he felt that banana leaves which are discarded in large numbers everyday, can be put to some commercial use which can add to the farmer’s income.

So when most children of his age were still learning basic mathematics and science, Tenith was already spending after-school hours experimenting with various ways in which banana leaves could be made more valuable. Soon he realised that along with raising farmers’ income, it can be used to tackle two major environmental problems of the world – single-use plastic and the resulting waste crisis.

At the age of 18, he became the CEO (Chief Executive Officer) of his startup, Tenith Innovations Private Limited, has received many national and international accolades for the ‘Banana Leaf Technology’. He said,

We are habitual of using plastic plates, straws, cup, polythene and packaging and their paper alternatives that are used only once and create a lot of waste, so I came up with an idea to replace these with banana leaves. The technology preserves banana leaves for over three years without the use of any chemicals. It also increases its durability. Preserved leaves can resist extreme temperatures and hold more weight than the original ones. The manufacturing cost of these plates and cups is very low and they can also be used as manure or fodder at the end. 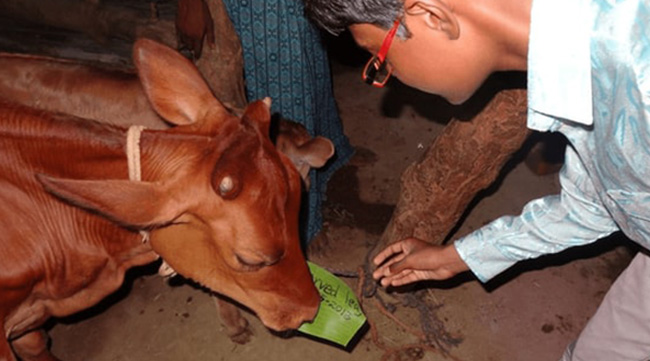 How Does the Banana Leaf Technology Works?

According to Tenith, Banana Leaf Technology is a cellular eco-friendly technology. It uses a combination of processes for natural preservation. He said,

In this technology, the cells in living organisms are made to stop in such a way that its metabolism is stopped and this enables the organism to stop ageing. Metabolism includes the activities of the cells in order to maintain life like respiration, movements, growth among others. These processed leaves are 100 per cent biodegradable, healthy, human-friendly, completely eco-friendly and are a viable replacement for disposables.

He explained that typically, leaves and biomaterials degrade within a few days after which it gets extremely dry and can be easily crushed into crumbs. This makes leaves a poor alternative to plastics and paper.

In normal conditions, banana leaves dry up within three days

Banana Leaf Technology aims to address this problem by enhancing the physical properties of leaves to make them last longer and in a more eco-friendly way. He said,

Initially, the research was more about how can we increase the lifespan of the leaves so that we can give the farmers a way to utilize this part of the plant. Once I started researching towards this, after some trials and errors, I came up with a technology I was able to expand the lifespan of the leave and in addition to this, I was also able to increase the properties of the leave to a certain extent. The banana leaf technology is able to transfer the leaf into a material that can replace plastic and paper. 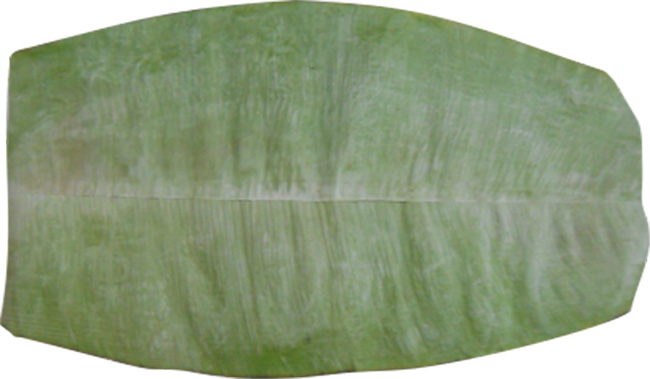 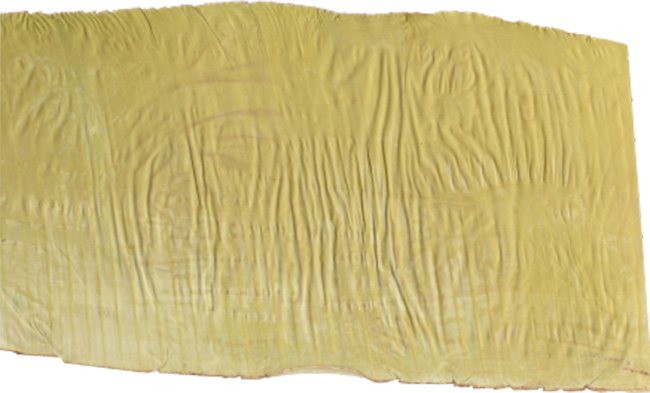 He further said that this technology creates materials that can be used to make products suitable for any application like an ice-cream cone, envelope, gift wrap, plates, spoons, cups among others. 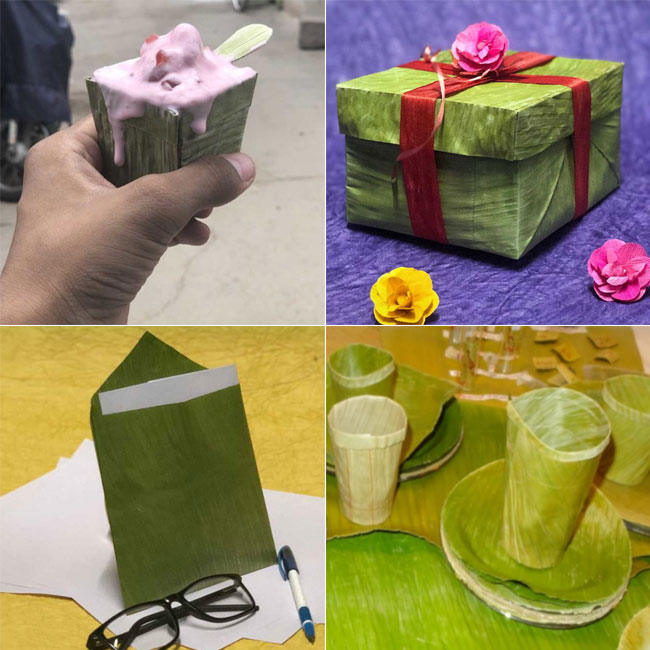 It’s A 100 Per Cent Biodegradable And Low-Cost Alternative To Single-Use Plastic, Says Tenith

Tenith asserted that the cost of producing material and making alternate products from banana leaf technology is very cheap. He said,

While Tenith Innovations Private Limited has patented banana leaf technology, it is not producing mass products for sale. According to Tenith,

We are technology developers. So we produce the prototypes and provide licenses to the manufacturers. There are three companies around the world that are using our technology- one from USA, one from Thailand, and one from Canada. We are currently in discussions with a few companies in India as well but nothing has been decided yet.

According to Priti Mahesh, experts on plastic waste at Toxic Links, a Delhi based non-governmental organisation working towards environmental issues, if the technology invented by Tenith can be scaled up for mass market, it could potentially put a dent in the entire plastic waste problem while saving life on land and water. She said,

In South India, banana leaves carry a traditional significance and is also used as plates by many but after one use, it is discarded. Tenith’s technology can be very useful in enhancing the use and value of the leaves. If the leaf can be used for a long time and for multiple purposes, it will definitely reduce the use of plastic and paper and is definitely good for the environment in the longer run.

However, Ms. Mahesh pointed out a challenge that banana leaves are not easily available in North India and so if this technology is used commercially in the northern parts of the country, it will become costlier and may not attract manufacturers and users. She also expressed concern over the bulk procurement of leaves from the trees which may cause harm to the tree.

Tenith clarified that banana trees produce and shed leaves in large quantities that can easily cater to the market demands and so there is no loss to natural life. He highlighted that if used as a replacement for disposables, banana leaves can prevent the destruction of billions of trees caused due to the large scale use of paper, cardboard and plastic.

In A First, To Tackle Malnutrition, Odisha Introduces A Separate Nutrition Budget