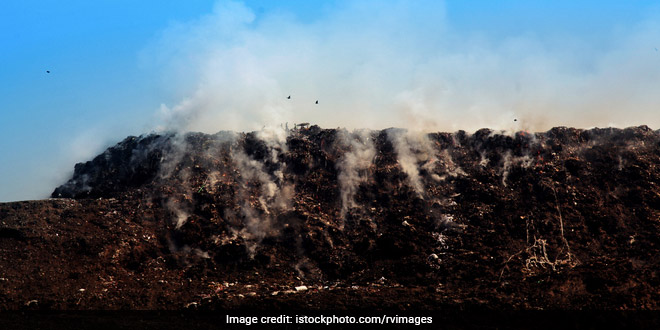 According to CSE estimates, the cost for dumpsite remediation in India will add up to Rs 1,04,000 crore

New Delhi: The Centre for Science and Environment (CSE) on Thursday (September 15) released a roadmap for legacy waste management in a bid to support India’s garbage-free cities agenda. The CSE’s seven-point roadmap includes developing a sustainable solid waste management plan, ensuring maximum utilisation of recovered fractions and reusing the reclaimed land sustainably on the basis of a comprehensive policy and protocol. The plan also includes developing standards for gainful use of recovered fractions, incentivising management of recovered materials, building capacity of urban departments and ensuring sustainable operation of sanitary landfills.

The term ‘legacy waste’ has received close attention in the wake of Swachh Bharat Mission (SBM) 2.0 and it mandates that cities in India should clear legacy waste sites, reclaim the land and prevent more waste from reaching dumpsites. With 1,300 million tonnes of legacy waste lying in more than 3,000 dumpsites in the country, it is an onerous but doable task, CSE director general Sunita Narain said.

Speaking at an event organised by the CSE on Legacy Waste Management and Dumpsite Remediation, Joint Secretary of Housing and Urban Affairs Ministry Roopa Mishra said the ministry has initiated a number of projects and schemes to encourage city administrations to make Indian cities garbage-free.

Every central government programme and policy is primed towards a singular aim – making Indian cities garbage-free. We have also initiated a number of projects and schemes to encourage the city administrations, Ms. Mishra said.

Although the term ‘legacy waste’ has not been defined in any official government document in India, it typically refers to old municipal solid waste in landfills or dumpsites.

He said there is “no set standard” to define how old waste qualifies to be called legacy waste, which is usually a mix of partially or completely decomposed biodegradable waste, plastic waste, textiles, metals, glass and other components.

According to CSE estimates, the cost for dumpsite remediation in India will add up to Rs 1,04,000 crore.

The Ministry of Housing and Urban Affairs (MoHUA) has committed substantial financial devolution to support the cities to meet the cost of legacy dumpsite remediation. As much as Rs 1,41,600 crore has been committed in the Union budget to support the mandate under SBM 2.0, CSE’s Richa Singh said.

COVID End Is In Sight, Seize This Opportunity, Says WHO Chief, Lists 6 Key Measures To Strengthen The Fight