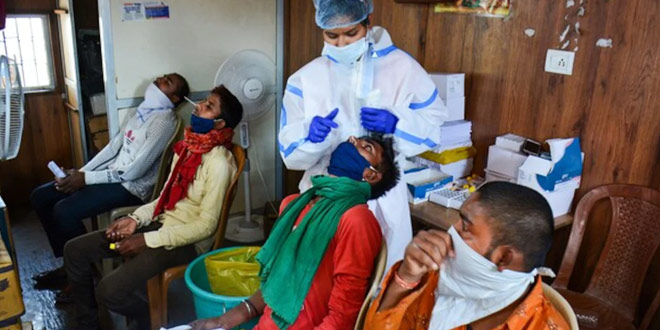 In terms of disease and mortality, I don’t think there is any need to immediately worry about what is happening, said Dr Gagandeep Kang on rising Covid cases in some countries

New Delhi: According to the researchers at the John Hopkins University, the overall pattern of the coronavirus pandemic so far has been a series of COVID-19 waves: surges in new cases followed by declines. Once again, in various regions across the globe including the United States of America, Europe and South East Asia, cases are surging as the more contagious Omicron sub-variant BA.2 continues to gain ground, experts have said. In the wake of nations witnessing a sudden surge in Covid cases, is India also headed for a fourth wave? To find out, we spoke with Dr Gagandeep Kang, Microbiologist, Virologist and Professor in the Department of Gastrointestinal Sciences at the Christian Medical College, Vellore, Tamil Nadu.

While talking about the situation in India, Dr Kang said that the country has done a brilliant job with COVID-19 vaccination and with more and more people vaccinated, the risk decreases significantly. She said,

If we want to compare India to other countries, we must look at those countries that have similar age structure as ours and those that have a similar infection and vaccination history as ours. If we look at the countries that are seeing surges right now, one thing that is very clear is that they don’t have our age structure and also their infection and vaccination history is different. Therefore, to draw conclusions, we need to make sure that our own surveillance systems are functioning well and can give us early signals if there is going to be an increase.

According to Dr Kang, people have been getting infected with coronaviruses for years but those rarely cause severe disease. She said that if there are more variants of coronavirus that resemble Omicron, then there are more chances of the world getting seasonal coronaviruses. However, she highlighted that the matter of worry is that if there is a variant as transmissible, as eager to infect as Omicron but is also able to cause severe diseases. It is then there will be a fourth wave and a similar situation will take place as happened during the second wave when the Delta variant was dominant. This means that there will be more hospitalisations and deaths. She said,

Currently, what we are observing is a shift from contagious Omicron sub-variant BA.1 to BA.2 which is causing infections that resembles the infection caused by BA.1 which is more transmissible but does not seem to lead to a more severe disease.

In terms of disease and mortality, I don’t think there is any need to immediately worry about what is happening, said Dr Kang.