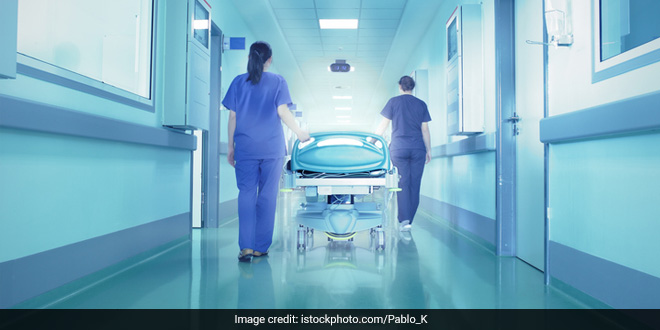 Washington: With a COVID-19 vaccine probably months away, autopsies of people with the infection are becoming a critical source of information for research into possible treatments, The Washington Post reported. Among the most important finding is the confirmation that coronavirus appears to attack the lungs most ferociously. Researchers have also found widespread clotting in organs like brain, kidneys, liver, gastrointestinal tract and spleen and in the endothelial cells that line blood vessels. “It is about what we are not seeing,” said Mary Fowkes, an associate professor of pathology who is part of a team at Mount Sinai Health that has performed autopsies on 67 COVID-19 patients.

Also Read: Coronavirus Outbreak Explained: What Is Antibody Test And What Role Does It Play In The Fight Against COVID-19?

When it comes to heart, many physicians warned for months about a cardiac complication they suspected was myocarditis, an inflammation or hardening of the heart muscle walls — but autopsy investigators were stunned that they could find no evidence of the condition.

At their best, the Post reported that autopsies can reconstruct the natural course of the disease but the process for a new and highly infectious disease is tedious and requires meticulous work.

Special tools are needed to protect pathologists. They need to cut a section of each organ and collect small bits of tissue for study under different types of microscope.

Richard Vander Heide, who has been performing autopsies since 1994, recalled the day he conducted the autopsy of 44-year-old coronavirus patient who had been treated at LSU heath. After cutting the lung, he discovered hundreds or thousands of micro clots. “I will never forget the day,” recalled Heide, who has been performing autopsies since 1994. “I said to the resident, ‘This is very unusual.’ I had never seen anything like this,” Mr. Heide said. However, he noticed a similar pattern in the next patient and so on.

He shared his paper online before submitting it to a journal so the information can be used by doctors. His revelation caused a stir at many hospitals and it has become a common practice to give blood thinner. The final, peer-reviewed version involving 10 patients was subsequently published in the Lancet in May.

Also Read: India’s First Plasma Bank Gets Operational By Delhi Government, CM Arvind Kejriwal Says It Will Be Very Helpful Until We Have COVID-19 Vaccine

The next organ studied up close was the heart. One of the most frightening early reports about the coronavirus from China was that a significant percentage of hospitalised patients — up to 20 to 30 per cent — appeared to have myocarditis that could lead to sudden death.

Ms. Fowkes, from Mount Sinai, and her colleague, Clare Bryce, whose work on 25 hearts has been published online but not yet peer-reviewed, said they saw some “very mild” inflammation of the surface of the heart but nothing that looked like myocarditis.

NYU Langone’s Rapkiewicz, who studied seven hearts, was struck by the abundance in the heart of rare cells called megakaryocytes. The cells, which produce platelets that control clotting, typically exist only in the bone marrow and lungs. She said,

I could not remember a case before where we saw that. It was remarkable they were in the heart.

Patients have reported a host of neurological impairments, including reduced ability to smell or taste, altered mental status, stroke, seizures and even delirium.

An early study from China, published in the BMJ, formerly the British Medical Journal, in March, found that 22 per cent of the 113 patients had experienced neurological issues ranging from excessive sleepiness to coma conditions typically grouped together as disorders of consciousness.

Isaac Solomon, a neuropathologist at Brigham and Women’s Hospital in Boston, conducted autopsies of 18 consecutive deaths, taking slices of key areas: the cerebral cortex (the gray matter responsible for information processing), thalamus (modulates sensory inputs), basal ganglia (responsible for motor control) and others. Each was divided into a three-dimensional grid. Ten sections were taken from each and studied.

He found snippets of the virus in only some areas, and it was unclear whether they were dead remnants or active virus when the patient died.

Jeffrey Berger, a cardiac specialist at NYU who runs a National Institutes of Health-funded lab that focuses on platelets. Mr. Berger said the autopsies suggest anti-platelet medications, in addition to blood thinners, may be helpful to stem the effects of COVID-19. He has pivoted a major clinical trial looking at optimal doses of blood thinners to examine that question as well. He said,

It is only one piece of a very big puzzle and we have a lot more to learn. But if we can prevent significant complications and if more patients can survive the infection, that changes everything.

Also Read: National Doctor’s Day: Stigma Around Coronavirus Is As Infectious As Virus Itself

Over 46,000 ASHAs In Odisha Working Closely With Local Communities To Fight COVID-19