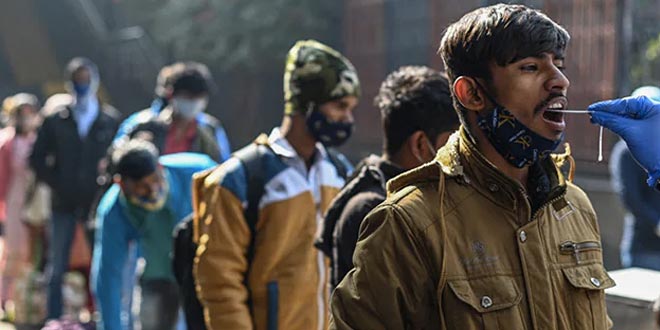 New Delhi: The Delhi government is keeping a watchful eye over the COVID-19 situation and there was no reason to worry until a new variant of concern is detected, Health Minister Satyendar Jain said on Monday (April 11). Interacting with reporters here, the minister also sought to allay apprehensions over the steady rise in daily cases in Delhi and the positivity rate being recorded beyond one per cent in the last few days. He said,

The count of daily cases in Delhi is being reported in the range of 100-200. We are keeping an eye on hospital admissions, and that is going down. Focus shouldn’t be on positivity rate much as of now.

Delhi reported 141 fresh Covid cases and one more death on Sunday, while the positivity rate stood at 1.29 percent, according to data shared by the city health department. The minister’s remarks comes amid the scare of a new coronavirus variant. Mr Jain said, “everyday a new variant is getting generated as the virus is mutating”.

The genomic analysis of the COVID-19 XE variant sample from Gujarat is still underway and results are expected soon, Union health ministry sources had said on Saturday.

The WHO has issued a warning against XE, a new variant of Omicron first detected in the UK, and suggested that it could be more transmissible than any COVID-19 strain so far.

The XE variant is a combination or recombinant of both sub-variants — BA.1 and BA.2 — of Omicron.
Gujarat reported its first case of the XE variant after a man from Mumbai tested positive for COVID-19 during his visit to Vadodara, a state official had said.

Earlier to this, Mumbai civic body officials had said that a woman who had arrived from South Africa in February-end and tested positive in March has been infected by the XE variant, but the health ministry has not confirmed it to be so.

The ministry had said that the present evidence does not yet indicate that it is a case of the XE variant.

What Is IPCC And Why Are Its Reports On Climate Change Significant?