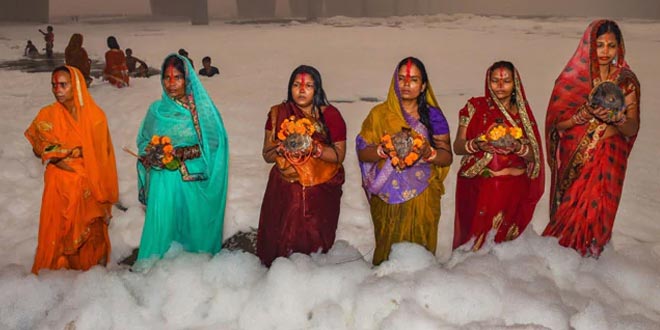 New Delhi: On a day Delhi saw its air quality dip to a three-year low, thousands of devotees offered prayers along the banks of the Yamuna river to mark the end of Chhath Puja. Early Sunday morning, men in dhoti and women in saree stepped into the river water with toxic, white foam floating on the surface of the polluted water. The devotees – braving the hazardous pollution and rain – were seen almost knee-deep in the froth that looks like candy-floss. They carried offerings of flowers, fresh fruits and other items to perform the Chhath prayers. The devotees, however, were did not get a full view of the rising sun due to thick smog covering the skyline of Delhi. 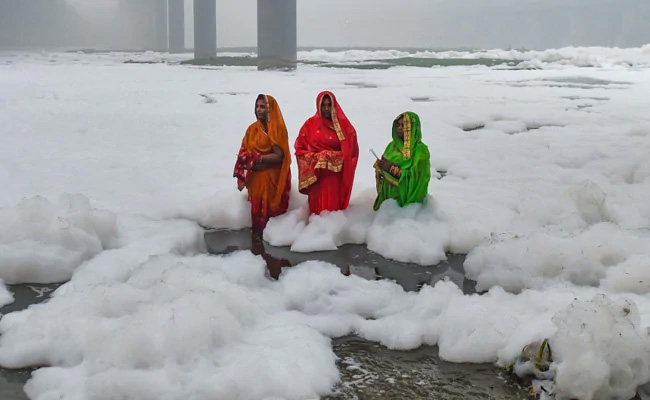 Yamuna, the main source of water for Delhi, is one of the most polluted rivers in the country

Some young women were even seen taking selfies, standing in the middle of the smelly foam. 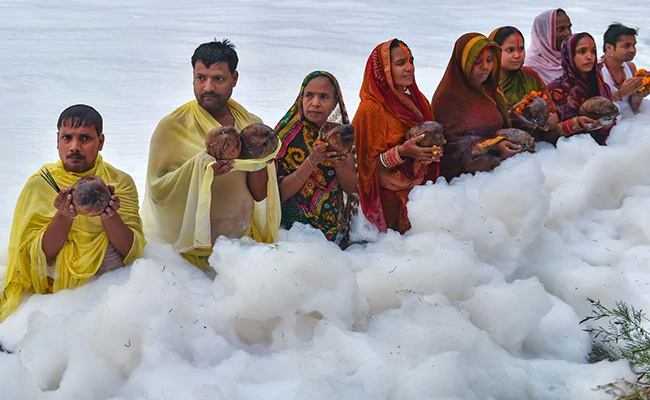 The Delhi government had set up over 1,100 ghats along the Yamuna and other places for for Chhath Puja

On Sunday, pollution levels peaked to a three-year high that made breathing difficult and lowered visibility that affected road and air traffic. Mr Kejriwal called the situation “unbearable” and said the people of Delhi were suffering for “no fault of theirs”. Schools in Delhi, Noida,Gurgaon and Faridabad are shut till Tuesday.

The Delhi government had set up over 1,100 ghats along the Yamuna as well as in parks and other public places across the city for Chhath Puja. 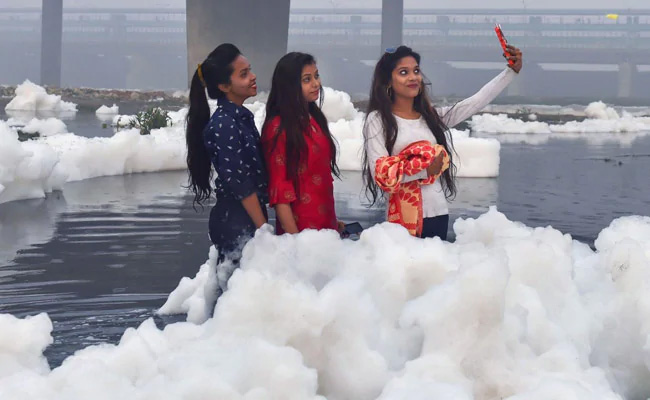 Some women seen taking selfies, standing in the middle of the smelly foam on the surface of Yamuna

Yamuna, the main source of water for Delhi, is one of the most polluted rivers in the country. Nineteen drains in the capital flow into the river contributing 96 per cent on the total pollutants in Yamuna.

Just five per cent of the sewage that is discharged into the river is treated, posing a serious health hazard. 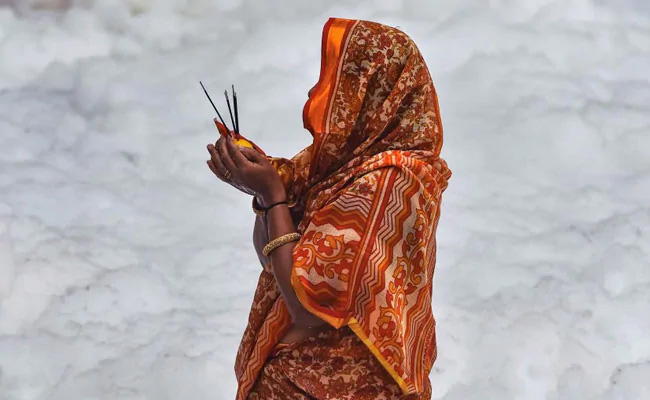 Chhath Puja, dedicated to the sun god, is celebrated on the sixth day in Kartik month of the Hindu calendar

Related Topics:
Delhi Yamuna
Up Next

#BeatPlasticPollution: Indore Introduces ‘Thaila Bank’ To Phase Out The Use Of Single-use Plastic Bags

National Health Profile 2019 Takeaways: While Life Expectancy Rises To 68.7 Years, There Is Only One Government Doctor For More Than 10,500 People In India